Getting Airborne in Gregory with the Sandhill Soaring Club

Getting Airborne in Gregory with the Sandhill Soaring Club

One local club gives the public a bird’s eye view of surrounding neighborhoods through the magic of glider flight.

Gazing at the sky as a red-tailed hawk or vulture glides above the landscape has stirred the human imagination for generations. Watching closely, you may notice the bird circling in a thermal to reach even greater heights. Everyone should experience the sensation of gliding, and thanks to one local flying club in Gregory, you can.

Formed in 1984, Sandhill Soaring Club has trained new pilots from ages 14 to 70 years old. The club is located at 19935 Doyle Road at the Richmond Field airport – a grass strip dotted with a few metal hangars and a clubhouse. During the summer months, over 50 glider flights take place from this grass strip each weekend. The public is always welcome to stop by and watch the action or chat with one of the friendly pilots. Jim Nowacki, treasurer of Sandhill Soaring Club states, “as a non-profit 50130(c), it is our club’s mission to get people interested in aviation.” He adds “our commercial pilot’s complete discovery flights for the Boy Scouts as well as the general public on the weekends.”

Coming from an aviation background, I was fortunate to spend my weekends at Richmond Field beginning at age 12. My grandfather discovered this hobby and believed aviation was much more important than sleeping in as a teenager. Sitting on a thick cushion in the front seat, I began my glider lessons with an 80-year-old former German Luftwaffe pilot named Eberhard Geyer, who signed me off to solo at age 14. Piloting a glider alone before I could drive a car was exhilarating. Today, as a private pilot, I continue to use lessons learned while flying gliders.

To become airborne, a glider is towed behind a specially equipped airplane. At Sandhill Soaring Club, a former crop duster called a Piper Pawnee typically performs the task. A standard tow will take the glider to 3,000’ above the ground. Once the desired altitude is reached, the pilot will release the tow line and be free to soar. Engineless but with a long wingspan, a glider can stay aloft for hours with a skilled pilot due to rising columns of warm air known as thermals. In fact, the fluffy clouds you see during the summer are formed by thermals. A gentleman named Fred Huenl of Sandhill Soaring Club set a record in the early 1970s by piloting his glider from Ionia, MI to Maryland in a single flight. The distance record remains today.

Taking a discovery flight is the best way to experience this relaxing hobby. Beginning at noon on the weekends, folks can drop by and sign up for a ride. For the thrill-seeker on your list, they offer gift certificates as well. According to the club, July seems to be the least congested for rides – especially around the holiday.

For anybody wishing to become a club member, the fees are very reasonable. A one-time initiation fee of $500, with $37.50 paid as monthly dues. Individual and family memberships are available. Once a member, gliders are rented by the hour which starts at $20. A tow plane ride to 3,000’ will run you $40. When it comes to expenses, Jim Nowacki mentioned, “the flight instructors volunteer, as do the pilots that tow the gliders aloft, making this hobby affordable to those interested in flying.” When comparing gliders to power plane instruction and overall expense, this is a cost-saving adventure for those looking to participate in aviation.

To spend time gliding over the county, hearing wind passing by the glass canopy becomes a relaxing escape from the happenings down below. Brief turbulence will indicate you have found a thermal. By circling the glider along the outside of the thermal, your altitude will steadily increase, allowing you to stay aloft. Don’t be surprised if a hawk or eagle joins you in the circling fun as you both look to accomplish the same goal. When the flight is over, expect a soft landing on the grass field and a smile that will remain until your next tow airborne.

“And once you have tasted flight, you will walk the earth with your eyes turned skyward; for there you have been, and there you will always long to return.” – Leonardo da Vinci

For questions visit www.sandhillsoaring.org or stop by Richmond Field. 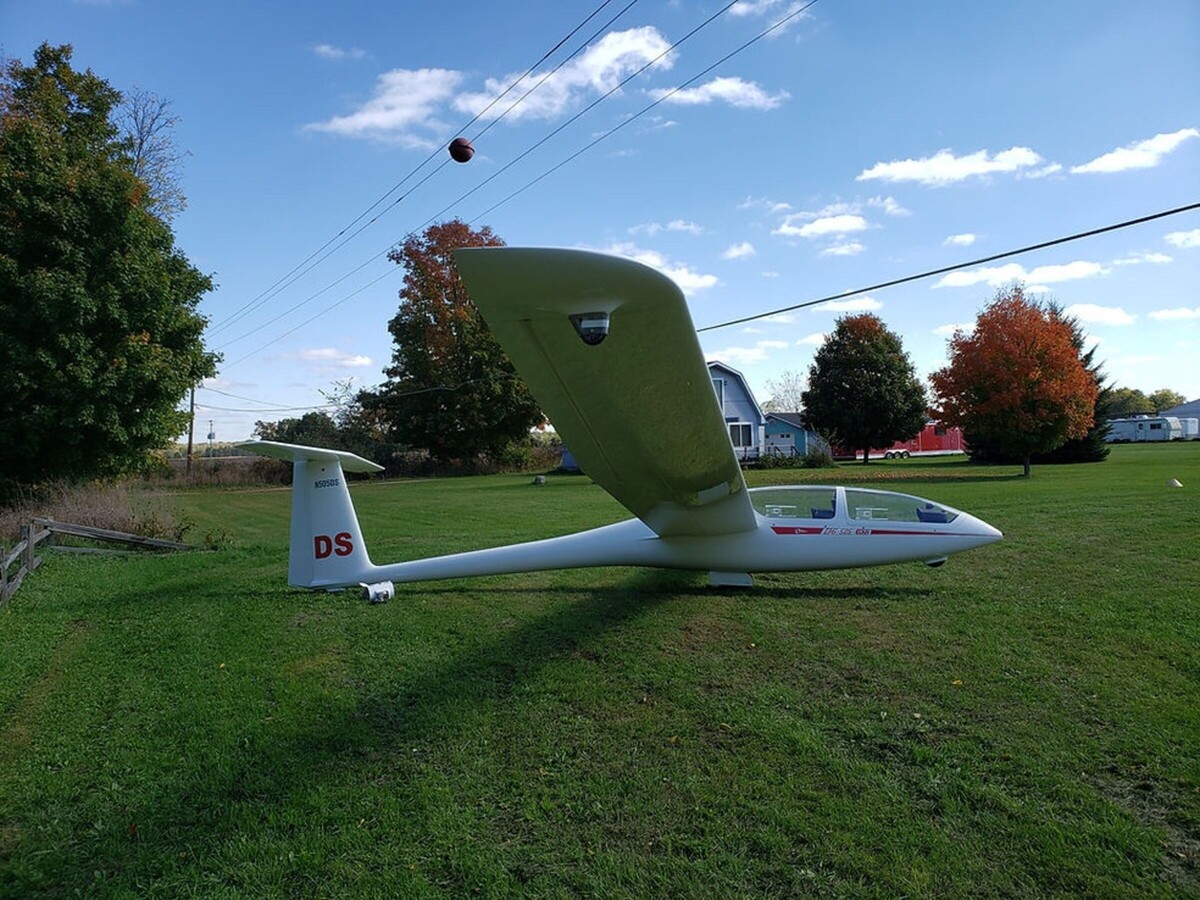 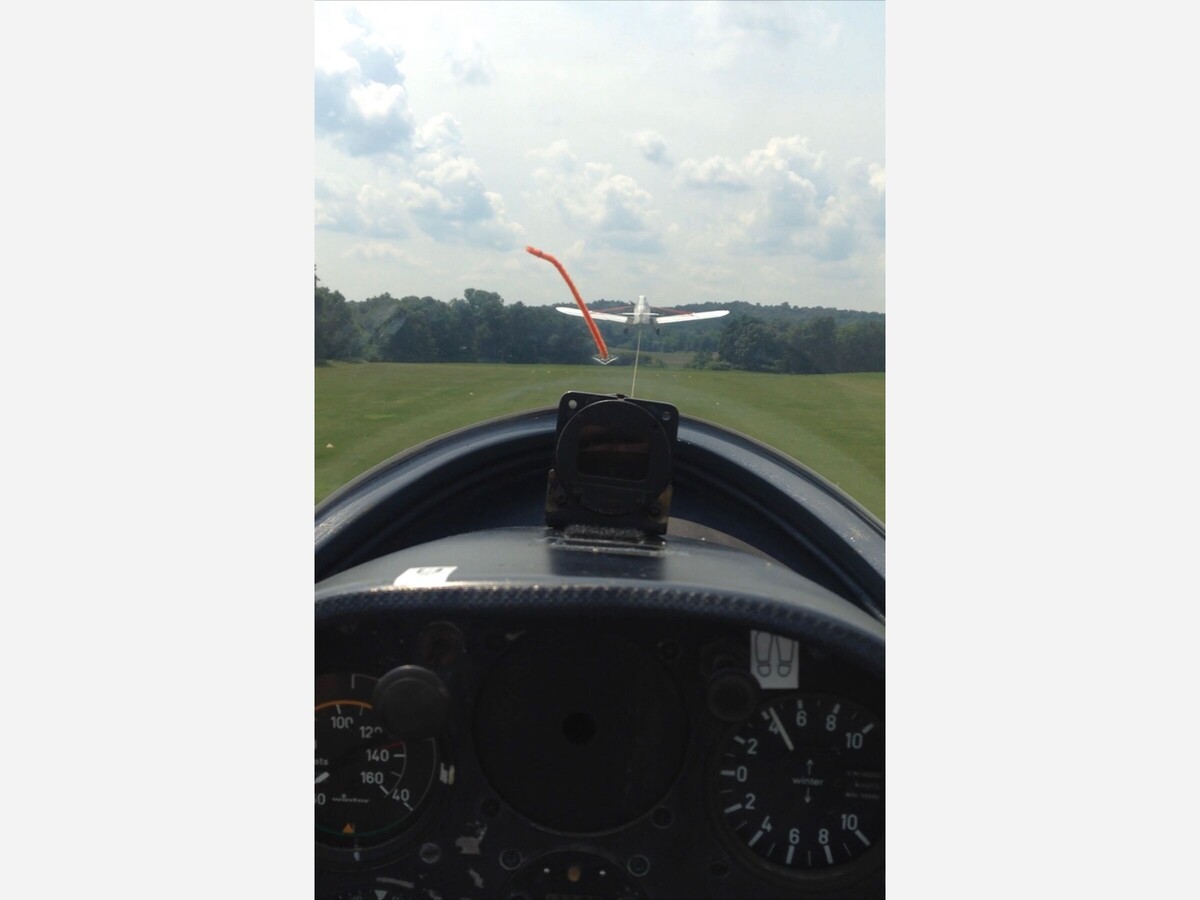 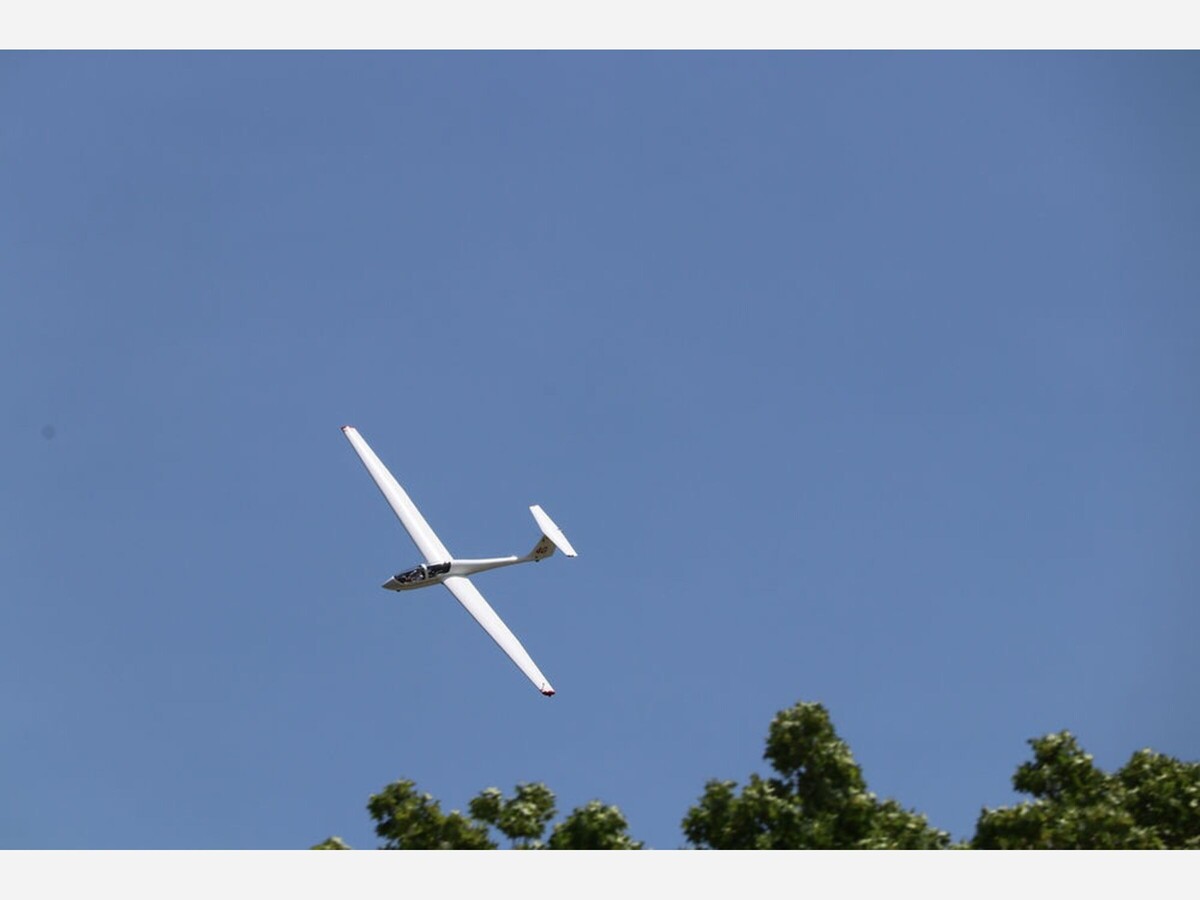