Mary Poppins Flies on Stage with the Dexter Community Players

This month the Dexter Community Players celebrate a 40th-anniversary milestone with the production of the classic Disney tale, Mary Poppins, played by local Brynn Arnall. Catching up with DCP board member Abby Briggs, she mentions “this will be the largest show our group has produced, especially on the technical side,” adding, “we have Mary Poppins flying and a few other tricks for the audience this year.”

Directed by Connor Thomas Rhoades, the storyline takes place in early 1900s England and features a nanny (Mary Poppins) who arrives at the doorstep of a troubled family. Through magic and common sense, Mary Poppins begins teaching the family members to value each other. According to the DCP website, the performance is “an enchanting mixture of irresistible story, unforgettable songs, breathtaking dance numbers, and astonishing stagecraft”.

One of the significant highlights of Mary Poppins includes the 16-piece pit orchestra which consists of members from the Dexter Community Band and Dexter Community Orchestra. Abby mentions “the sound of a 16-piece orchestra in the pit is incredible; the musicians for production are spectacular”. With a cast of 35 actors consisting of adults and children, the play will be a “family-friendly production in the traditional Disney way”, Abby said.

Founded in 1981, Dexter Community Players have brought over 50 productions to the stage. With a cast of Dexter and surrounding area residents, the DCP prides itself on having a local community feel to the productions. As a 501(c)3 organization, volunteers and donations are always welcomed to help with performance productions.

The performances will take place at the Dexter Center for Performing Arts, located within the Dexter High School. Show dates are July 15th, 16th, 22nd, and 23rd at 7 pm, and July 17th and 24th at 1 pm. Tickets start at just $15.

To purchase tickets or learn more about how you can get involved in the DCP, visit www.dextercommunityplayers.org. 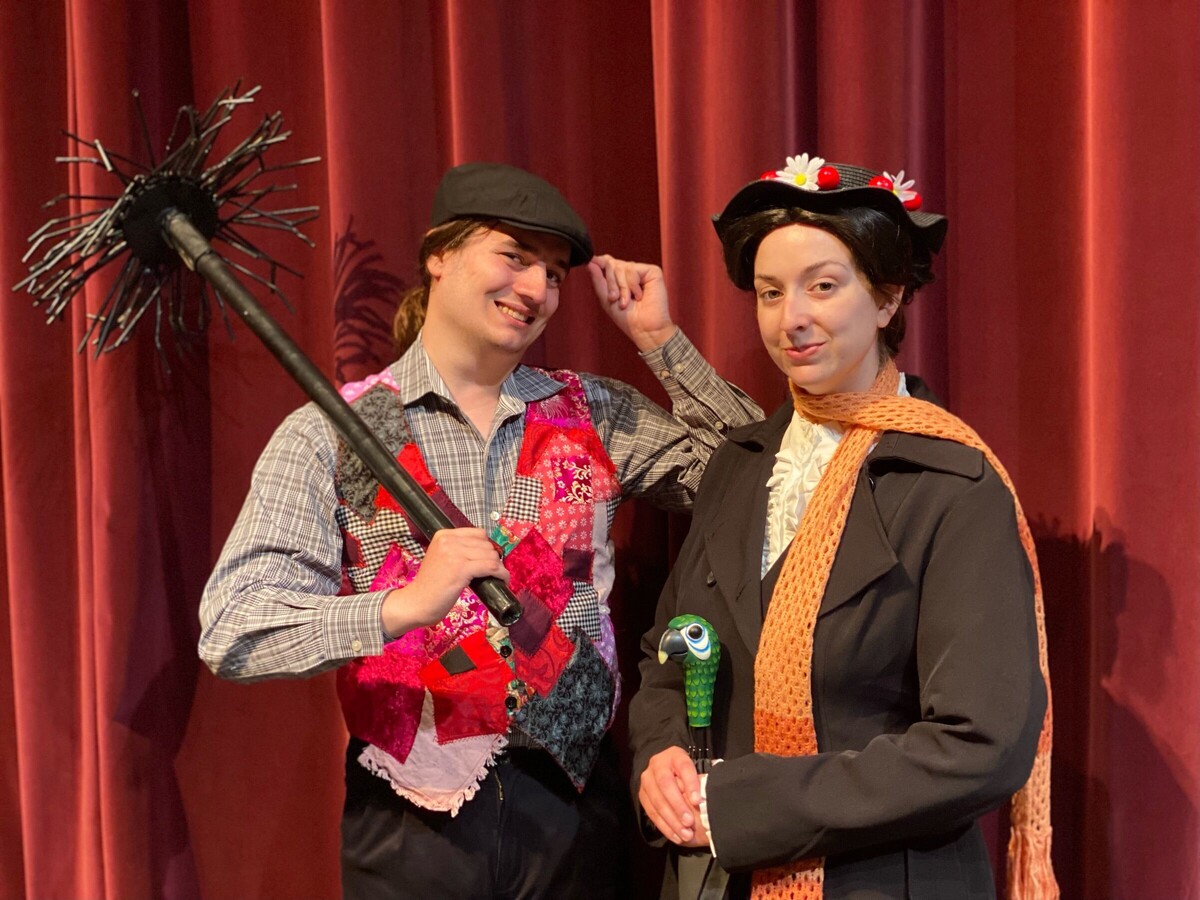 Local resident Brynn Arnall starring as Mary Poppins - photo courtesy of DCP
I'm interested
You must log in to thank, flag, or reply
I disagree with this
This is unverified
Spam
Offensive
Help preserve local news. Support The Sun Times News.