Local residents seeking creative dining experiences won’t have to look far beginning next month. When Aaron and Miriam Orr’s new restaurant, 1923 LLC, opens on September 1st, Ann Arbor will have a unique spot to enjoy upscale Mexican cuisine which will include items like Korean barbecue tacos. The restaurant, a bright red double-decker tour bus, was shipped over from Liverpool, England. With the bottom level encompassing a full kitchen, the top deck will feature umbrella-covered seating for 30 patrons along with seating an additional 40 next to the bus in a shaded patio area.

Aaron and Miriam are no strangers to the food and hospitality industry, with Aaron working as general manager for restaurants, and Marium handling the bar management duties. With over 20 years of experience each, the couple decided it was time to venture out and follow their own dreams, taking “the good, bad, and ugly” experiences along for the ride. The catalyst included how their bodies would age in a fast-paced industry. “With no benefits or retirement plan, we knew our future would be up to us”, said Miriam, a transplant from Oregon. Aaron, a native of Ann Arbor, graduated from Huron High School and mentioned, “When Covid hit, we both sat down and began putting our ideas on paper to begin moving the ball forward.”

Asked about the idea for a bus-themed restaurant, Aaron mentions “My mom had actually traveled to Ashville, NC and called to tell Miriam and me about a coffee shop that was a converted double-decker bus,” adding, “eventually Miriam and I had to visit and see it for ourselves, which gave us our ‘ah ha’ moment.” Regarding the bus journey, Miriam recounts “We had to pull the trigger and purchase the bus, hoping our funding would arrive in our bank account before arriving from England.” Once the bus was unloaded in New Jersey, the couple flew out to begin the journey back to Michigan. “The guy at the bus depot asked if we had ever driven anything this large,” Aaron mentioned, “because if not, this will NOT be easy.” Nerves aside, Aaron and Marium drove 23 hours back home at a top speed of 45 miles per hour, with Miriam riding shotgun on a plastic lawn chair due to the interior being removed before crossing the ocean.

While keeping the plan mostly a secret, the couple's friends and family began chipping in additional financing, with Miriam saying “Once they saw the big red bus pull up, they were like ‘wow, you guys are actually doing this!’, which to us meant no turning back now.” Like many aspiring entrepreneurs, the duo understands the importance of treating hard-working employees with respect, stating “We wanted to be job creators for people who busted their backs as we did; people need to feel valued and we both wanted to be a curator of that.” With the couple’s five children looking on, the husband and wife work hard to show their kids anything is possible with perseverance and determination. “When we sought funding for this idea, of course, many banks and financial institutions laughed at us, but we had to keep going to lead by example for our children”, mentions Miriam. After exhausting many traditional resources, the couple settled on a personal loan that would allow the two of them to retain 100% equity in the venture; a smart move in any playbook.

The bus will be located at 320 Miller Ave., near the Knight’s Market in Ann Arbor. “Miriam and I decided on the permanent location so that customers would always know where to find us, instead of having to track us down all over the county.” When dealing with Michigan winters, large, igloo-type enclosures will be placed over the outdoor patio area, with the upper bus deck closed to keep people safe from icy steps.

Touching on their entrepreneurial journey, both Aaron and Marium sang praise for how supportive both sides of the family have been. “My dad is very mechanical, so he was checking in with us on the cross-country bus journey the whole time, asking about oil, coolant, fuel consumption the entire time”, Miriam comments. “We couldn’t have done it without their support; everything from kitchen layout to babysitting for us along the way.” The company is called 1923 LLC, and the duo already has additional plans underway to add a few more double-decker buses in the future. 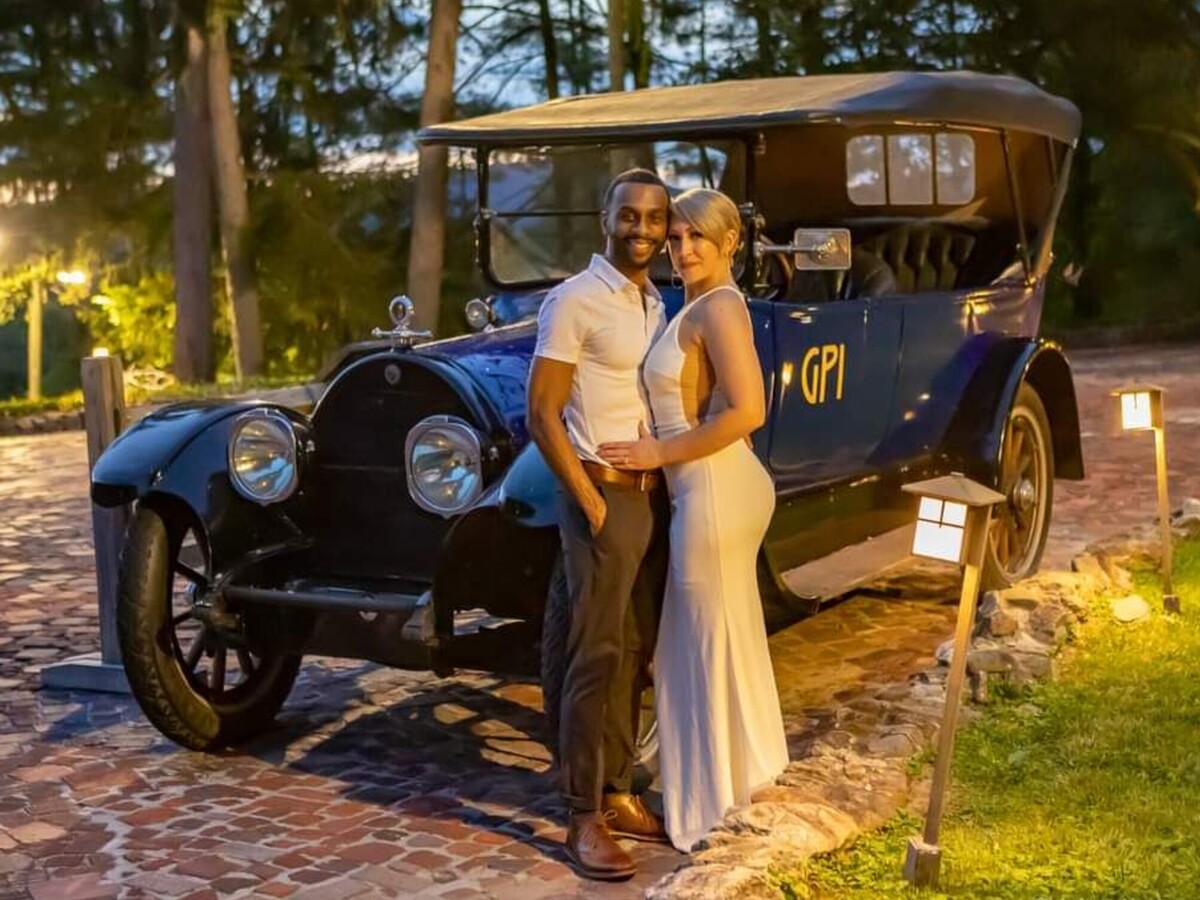 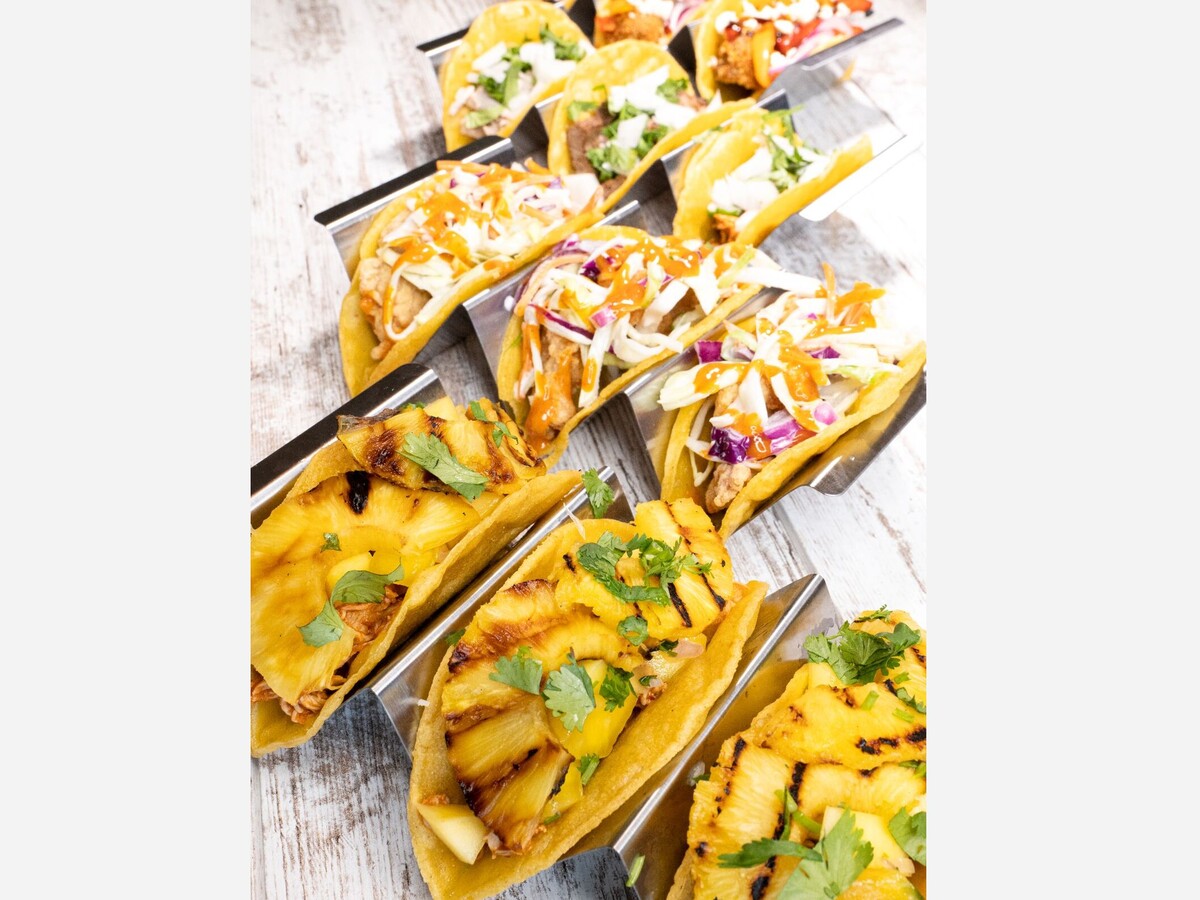 The delicious tacos that will be featured while dining atop the bus - courtesy of Aaron and Miriam Orr
I'm interested
You must log in to thank, flag, or reply
I disagree with this
This is unverified
Spam
Offensive
Help preserve local news. Support The Sun Times News.