“Okay everybody, can I have your attention please!”' “The first date is up, so guys if you can please stand up, take a moment, fill out any comments, check yes or no…and move in a circle going to the number below you,” said young entrepreneur Adia Clemm, 12 years of age of The Perky Wallflower.

Established in February 2022, the mother daughter duo Sara and Adia Clemm started the speed dating service in Dexter, The Perky Wallflower. They offer Dexter locals intimate speed dating events for age groups in their 20’s and into their 60’s. Each group is a combination of men and women from all backgrounds and ethnicity, that have a 10 year plus age difference per group. The events cost the attendees $20.00 per person and last anywhere from an hour to an hour and a half.

On August 17th the event was held at Chela’s Restaurant & Taqueria at 7065 Dexter Ann Arbor Road. “It's grown every single time, and it seems like a very good outcome,” said Chela’s server Mckenna Wondrash. Chela’s provides the space for free, as people trickle in to mingle with the other singles. The Restaurant's most recent dating group held 5 men, and 5 women in their 30’s and 40’s, some newcomers and some that have been before. “A friend of mine saw a flyer, but I have actually done it before,” said speed dater Heidi Wegmeuller, “it’s a great way to meet someone really quickly, and it's more personal.”

This young community-based business primarily markets their services through word of mouth, “It’s friends telling friends, or parents telling their kids,” says Sara Clemm. The public can see flyers posted all around town and some promotional materials are on social media. According to Adia’s mom, the business was all her daughter’s idea, and the profits are used to help raise her college fund. “It's been going great,” comments young Clemm, “I've been taking an entrepreneur class at school, and I just thought about starting a business.” The young go-getter's parents met through another speed dating service in 2018. Now, their daughter runs the show and hosts the events to support her growing matchmaking capabilities. “We have a lot of people that come back, and there's new people every time, we want people to have a good experience,” said Sara Clemm.

Depending on the age group, the size of the event can vary, and the company is currently in need of women in their 20’s and 30’s, and men in their 50’s and 60’s. First timer Chad Kinch of Pleasant Lake sits at a table awaiting the other chair to be filled with promising candor, “I'm a little nervous but feeling alright, I don’t really know what to expect.” Kinch found the event through the internet via Google and Meetup.com.

The Perky Wallflower is proud to host not only the events but the double meaning of its name. Perky for all those extroverts out there, and Wallflower for anyone a bit more reserved, in an essence they advocate for a variety of personalities. “I see a lot of people who are very nervous, and as time goes on it's fun,” said the 12-year-old about her perspective, “you can definitely tell a lot by body language.”

According to the website, you are guaranteed to have 5 dates minimum, and afterwards you make note of anyone who may have had an impact. At the end of the event, if both parties match, then the approved information is given to the other person. Over 300 people have come through The Perky Wallflower, but unwanted feedback and privacy is something that the staff take seriously, “so far everyone has been super respectful and very polite,” states Sara Clemm. Though the company currently serves only the Dexter area, Ann Arbor locals will soon be able to play musical chairs and meet potential partners as well.

The original concept for speed dating was created in 1998 in Los Angeles California. This rapid-fire courtship idea has modernized and keeps people engaged. In a world filled with online dating apps, nostalgia may feel absent at times, but the Perky Wallflower hopes to recreate something more special. “I just really like people being happy, and seeing them making connections with other people,” said Adia. Check the Dexter area for flyers of the next event, or visit the Perky Wallflower directly at theperkywallflower.com, where you can also read couple testimonials. 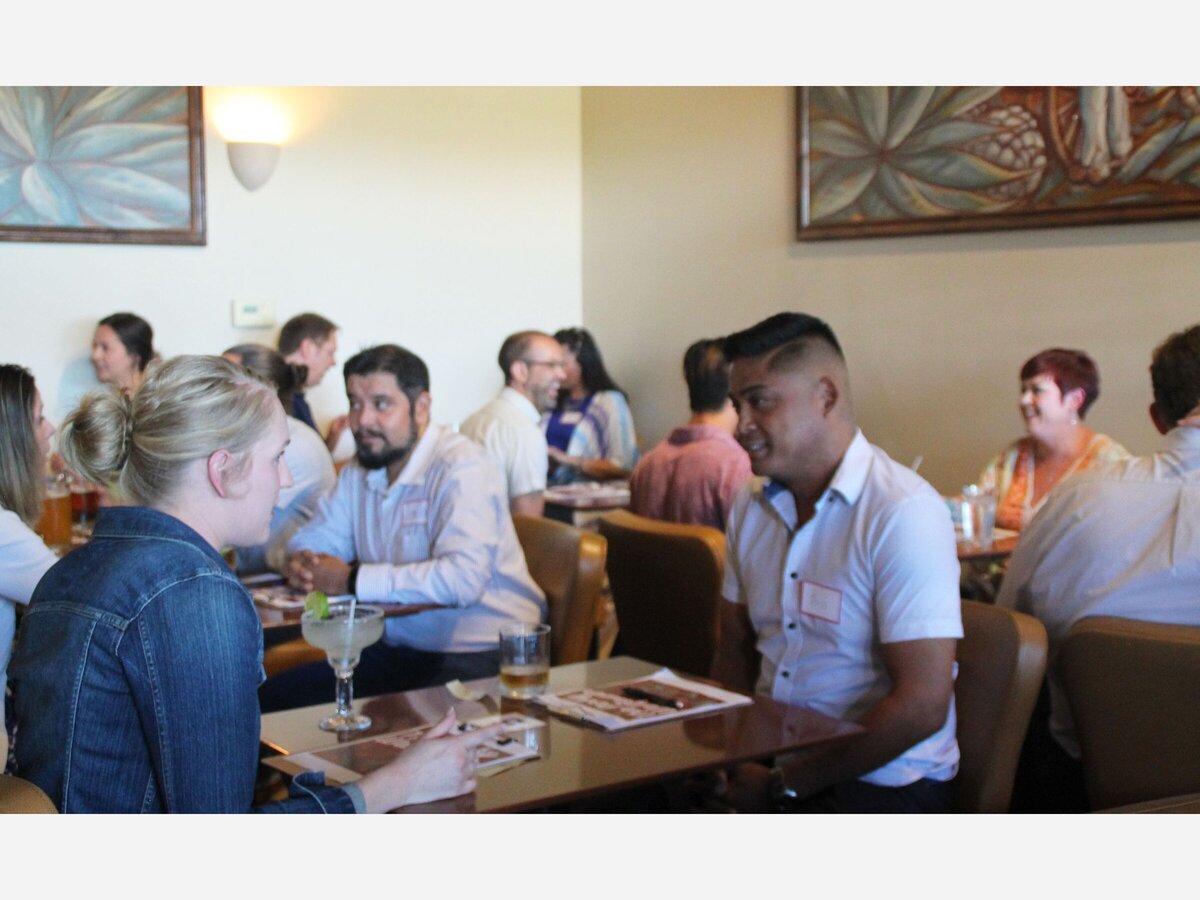 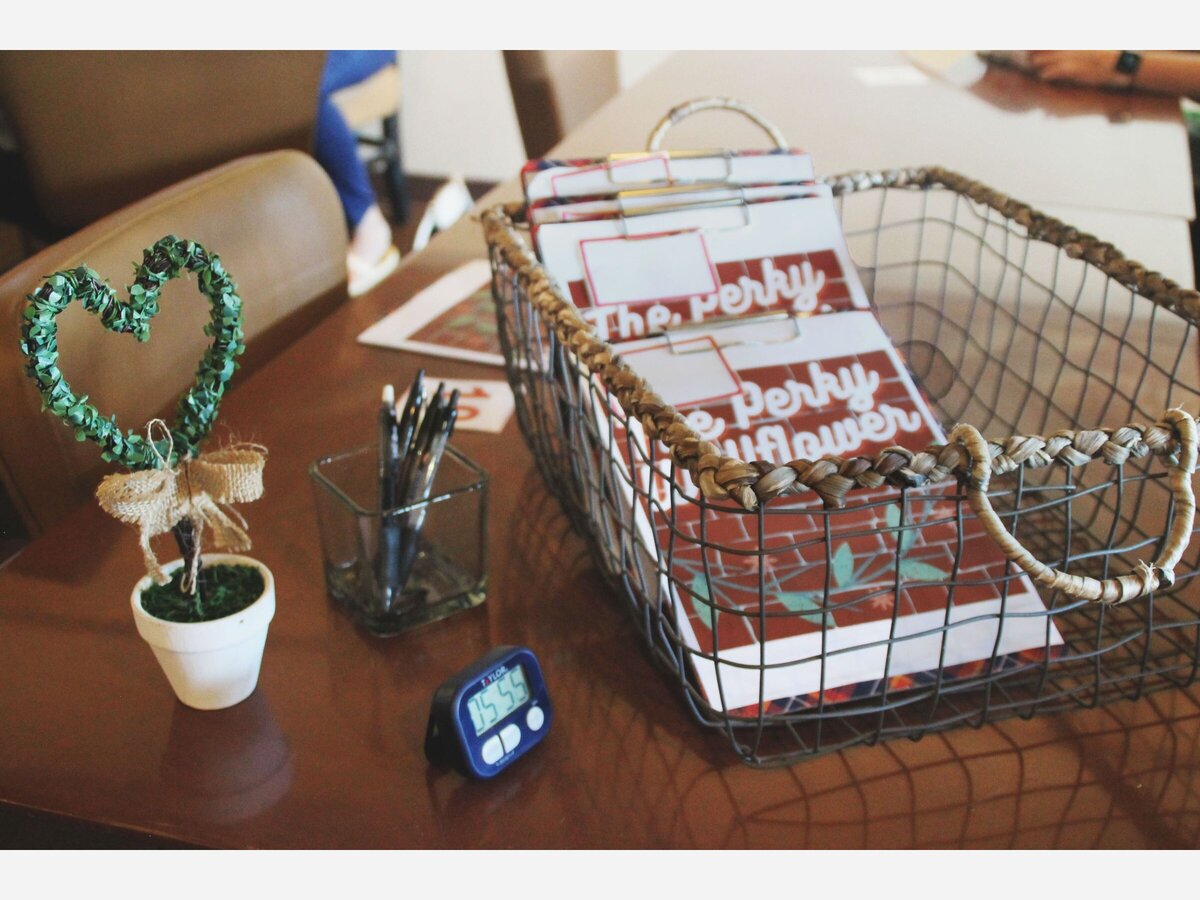