The black-legged tick is responsible for spreading the most common vector-borne illness in the Northern Hemisphere – Lyme disease. – Courtesy of unsplash.com

Lyme disease is considered the most common vector-borne illness in the Northern Hemisphere. First discovered in Michigan in 1985, Lyme disease has since been found in most counties within the state. Named after children from Lyme, Pennsylvania fell ill in 1975, the disease was traced to the black-legged tick, or deer tick, which is found in the Midwest and along the East coast, and some areas of California.

Although not all black-legged ticks carry Lyme disease, preventing a tick from biting you is your first line of defense. To do this, experts suggest wearing long pants tucked into tall socks and long sleeves that button at the cuff. To keep a greater distance, you can wear repellents with 0.5% permethrin or 30% DEET to keep ticks from selecting you as a host.

Ticks cannot fly or jump, and instead climb onto their host as they walk by. Ticks are drawn to areas like the groin, scalp, behind the knee, or behind the ear – anywhere that skin is thin and they can easily attach. Once attached, the tick burrows into the skin and begins feeding. The tick will begin to swell as it feeds until it is about the size of a coffee bean.

After biting, it takes approximately 36 hours before the bacteria that causes Lyme disease can be transmitted to the host. Therefore, it is important to look for ticks on your body after spending time outdoors to be sure you can remove them before they can introduce the disease.

If you find a tick attached to you, you can remove the tick using tweezers. Grasp the tick as close to your skin as possible and pull upward with even pressure. Do not make twisting or jerking movements, because this can result in an incomplete removal. After removing the tick, wash the area with soap and water, and place the tick in a sealed bag, or a container of alcohol, wrapping it tightly in tape, and throw it away or flush it down the toilet.

Symptoms of Lyme disease can be easily attributed to other illnesses, which can make diagnosis difficult. People may have a headache, fever, fatigue, nausea, and swollen or achy joints. The symptoms disappear after a short time or may come and go. A bullseye rash, the tell-tale sign of the disease – can take over 30 days to appear and does not occur in up to 30% of people who test positive.

The long-term effects of untreated Lyme disease involve many body systems including the heart, brain, muscles, and joints. It’s important to tell your physician that if you have recently spent time outdoors and begin to feel unwell. Lyme disease is diagnosed by blood test and easily treated with antibiotics. The earlier the treatment begins, the more successful the treatment will be.

There is no human vaccine for Lyme disease after a previous vaccine was discontinued in 2002 for lack of interest and questionable efficacy against the bacteria. Last week, Pfizer announced a vaccine they have been working on is entering stage 3 clinical trials, working towards FDA approval in 2025. In the meantime, it is best to be diligent in preventing tick bites and making sure the tick is removed quickly if it does bite you. To learn more about ticks, Lyme disease, and other tick-borne illnesses, visit www.cdc.gov/ticks. 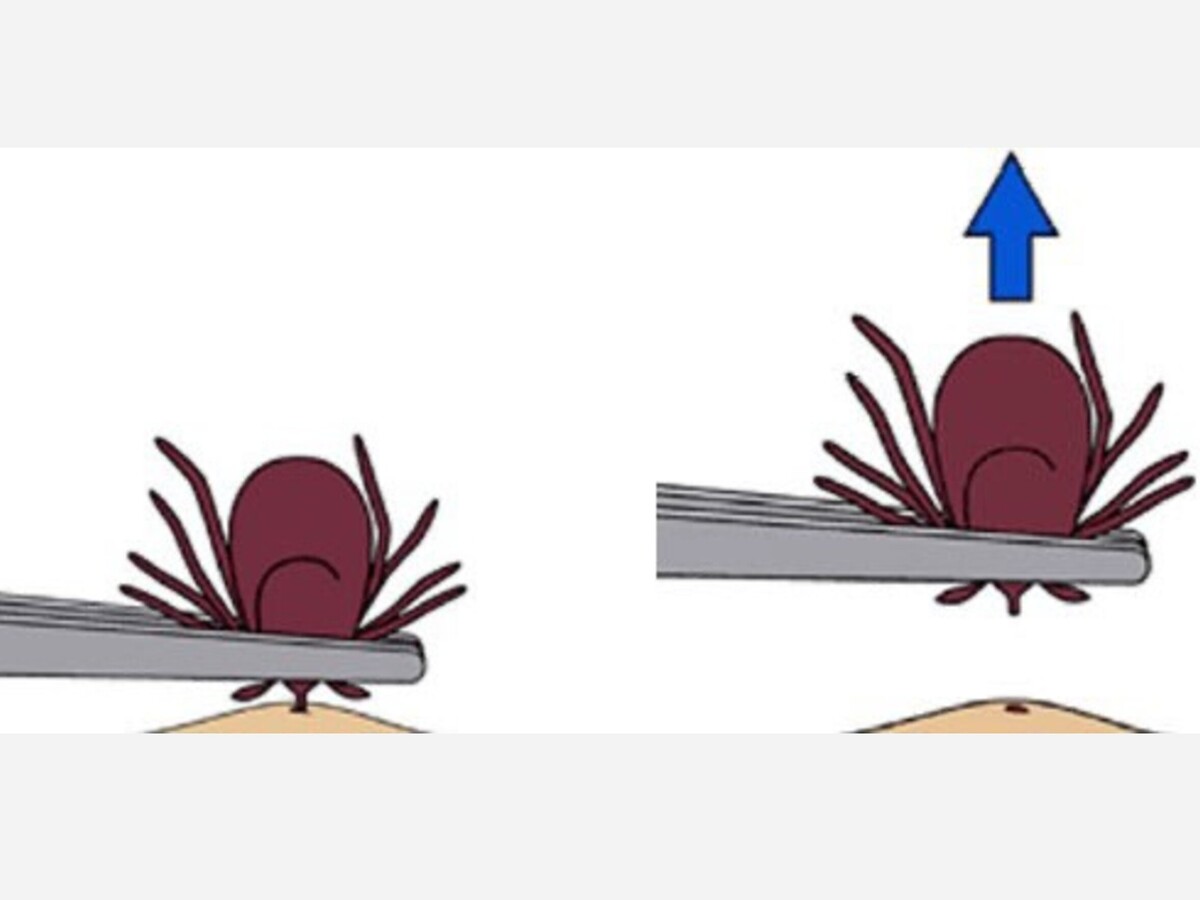 To remove a tick that has been attached, use tweezers to hold the tick as close to the skin as possible. Pull up on the tick with even pressure until the tick detaches. – Courtesy of cdc.gov 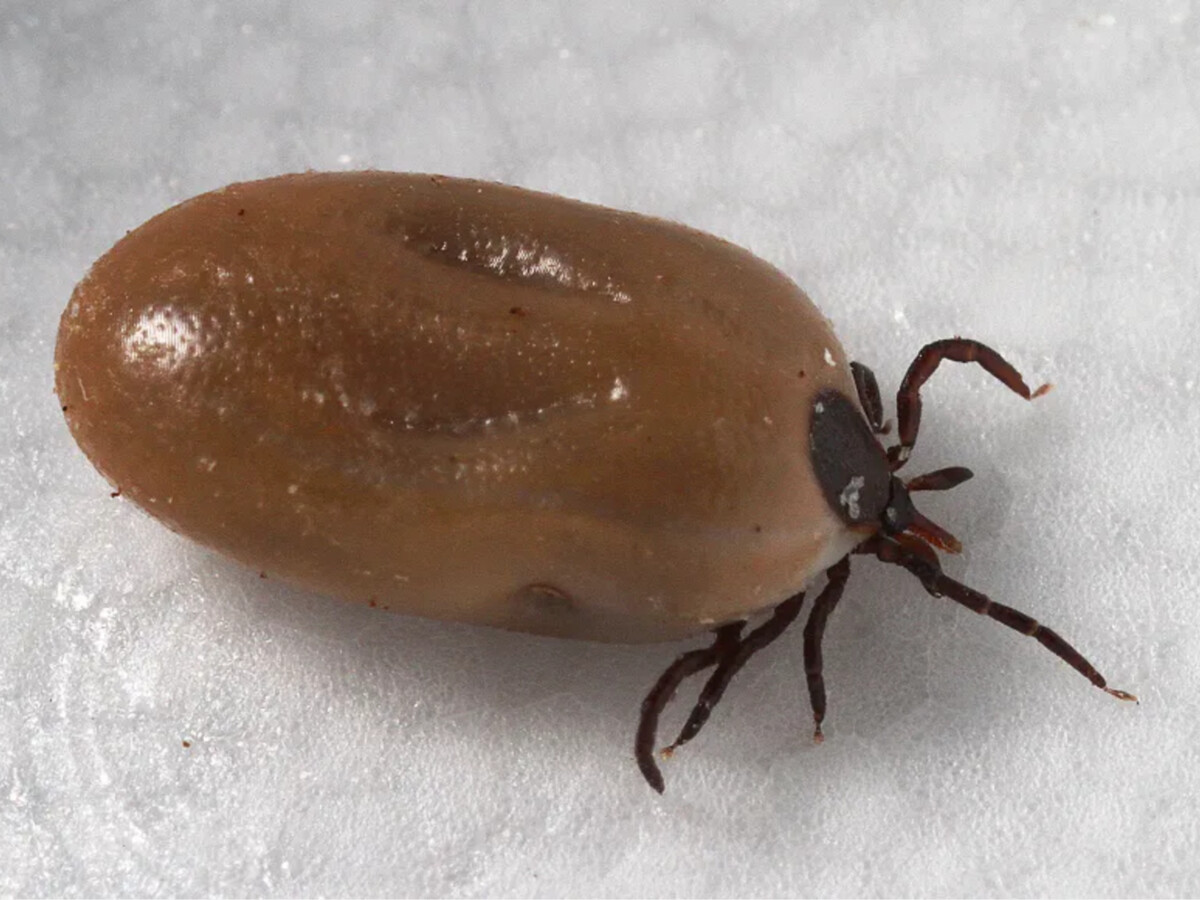 After feeding, the tick will become engorged and swell prior to regurgitating its contents back into its host. This process is how the bacteria causing Lyme disease is introduced. – Courtesy of cdc.gov 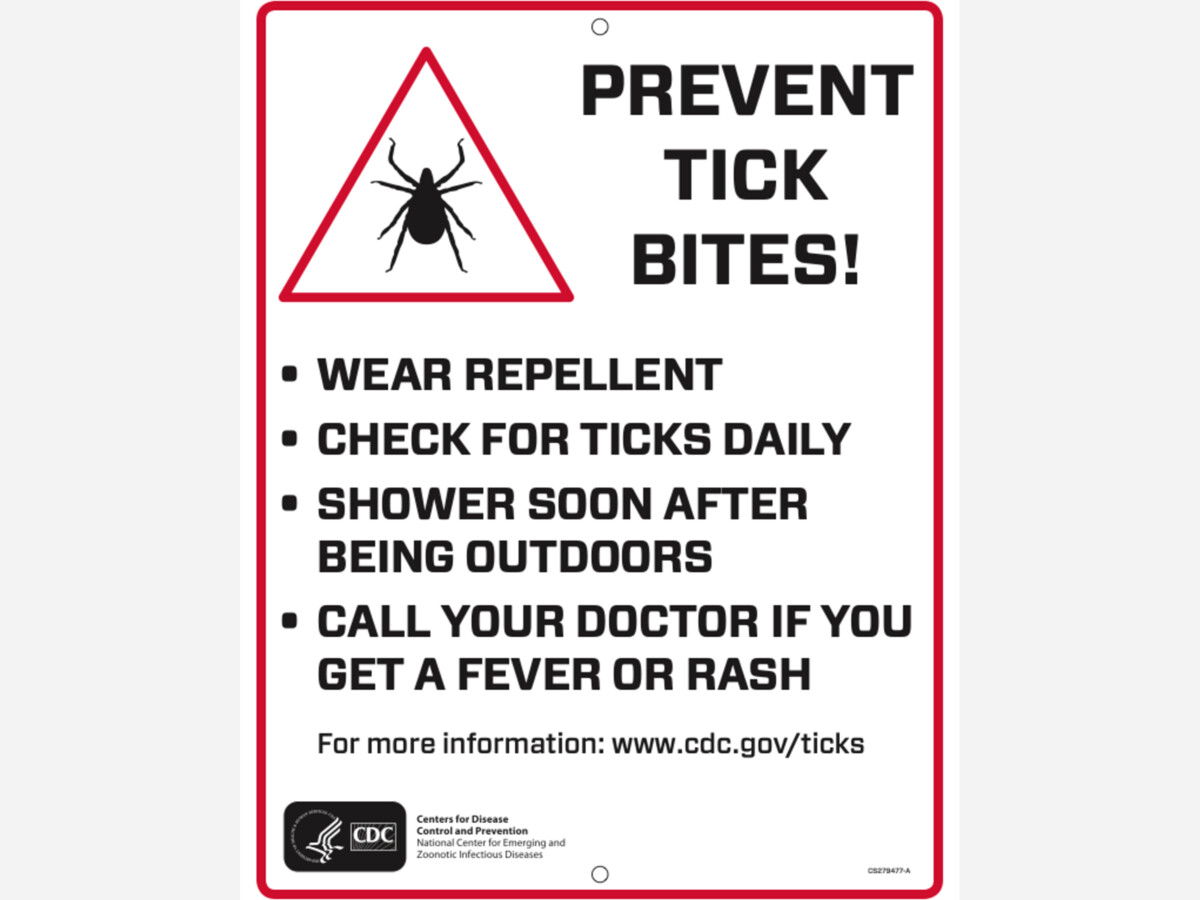 Following a few simple suggestions when you are outdoors can significantly reduce your chances of contracting Lyme disease. – Courtesy of cdc.gov
I'm interested
You must log in to thank, flag, or reply
I disagree with this
This is unverified
Spam
Offensive
Help preserve local news. Support The Sun Times News.