Help For The Homefront Goes to Work for Local Veterans

After serving in Iraq with the United States Marine Corps, Justin Corry of Corry Contracting began a mission to assist other veterans in the area with necessary home improvements and restorations. With his contracting company now entering its second year of participating in the Builders and Remodelers Association of Greater Ann Arbor (BRAG), Justin now serves as the vice chairman of the newly-formed remodeling council.

This year, while exploring new ideas, the idea of helping our local veterans on the remodeling front came up. Operation Help for the Homefront was formed to accomplish the duties, with Justin and Corry Contracting leading the charge. “After deciding to run with the idea, I began contacting the local Veterans Affairs (VA) offices, VFW posts, and a few other organizations to see if they knew of any veterans in need that we could assist on our first project.” After submitting a funding request for the cause, the BRAG Foundation chipped in $17,500 to get Operation Help for the Homefront off the ground.

After completing his due diligence, Corry met Vietnam veteran Peter Wasilewski, who joined the Marine Corps in 1968. Peter served in the 2nd reconnaissance battalion, 2nd Marine division out of Camp Lejeune, eventually being deployed to Vietnam in 1969. During his deployment, Peter, like many fellow veterans was exposed to Agent Orange. This defoliant chemical, used by the United States Military during the Vietnam War, is a 50/50 mixture of two herbicides - 2,4,5-T, and 2,4-D. Unfortunately, traces of Dioxin such as TCDD found in the mixture caused major health problems for the soldiers as well as their offspring.

Peter’s exposure led to Diabetes which has so far led to a leg amputation, and ten fingers amputated over the course of his life thus far. “Both issues have created mobility issues within his home, especially when it comes to bathing”, added Justin.

With his wife Liz by his side, Peter does his best while in his own home, located within Scio Farms on Jackson Avenue. According to Justin, “Peter has been left high and dry by the VA, having gone to the office multiple times with no help awarded.” Since Peter lives in a mobile home and doesn’t own the land he lives on, the VA will not assist. The Help for the Homefront crew will be rebuilding the bathroom in Peter’s home, right down to the studs. Once completed, Peter’s mobility will be greatly improved. Justin mentions “A few contractors have left Peter and Liz high and dry. An example would be the plywood countertops Liz has had to endure due to a handyman beginning the project and then never showing up again. Right now they have plywood for the countertop surface.”

For their part, Washtenaw County is waiving all of the permitting and inspection fees, which Justin mentioned will help stretch their funding even further. “Our goal, in the end, is to not only remodel the bathroom but also provide a newly remodeled kitchen to Liz for all of her hard work and dedication to Peter’s care.” Adding, “She handles bathing and helping Peter into and out of his chair every day.” As a Marine, Peter received the Navy Achievement Medal with a V for Valor.

If others would like to donate to this project, BRAG will be launching a GoFundme account to raise money for this and other future projects. For more information, including how you can assist, visit www.bragannarbor.net. To learn more about Operation Help for the Homefront, visit www.helpforthehomefront.com.

Operation Help for the Homefront 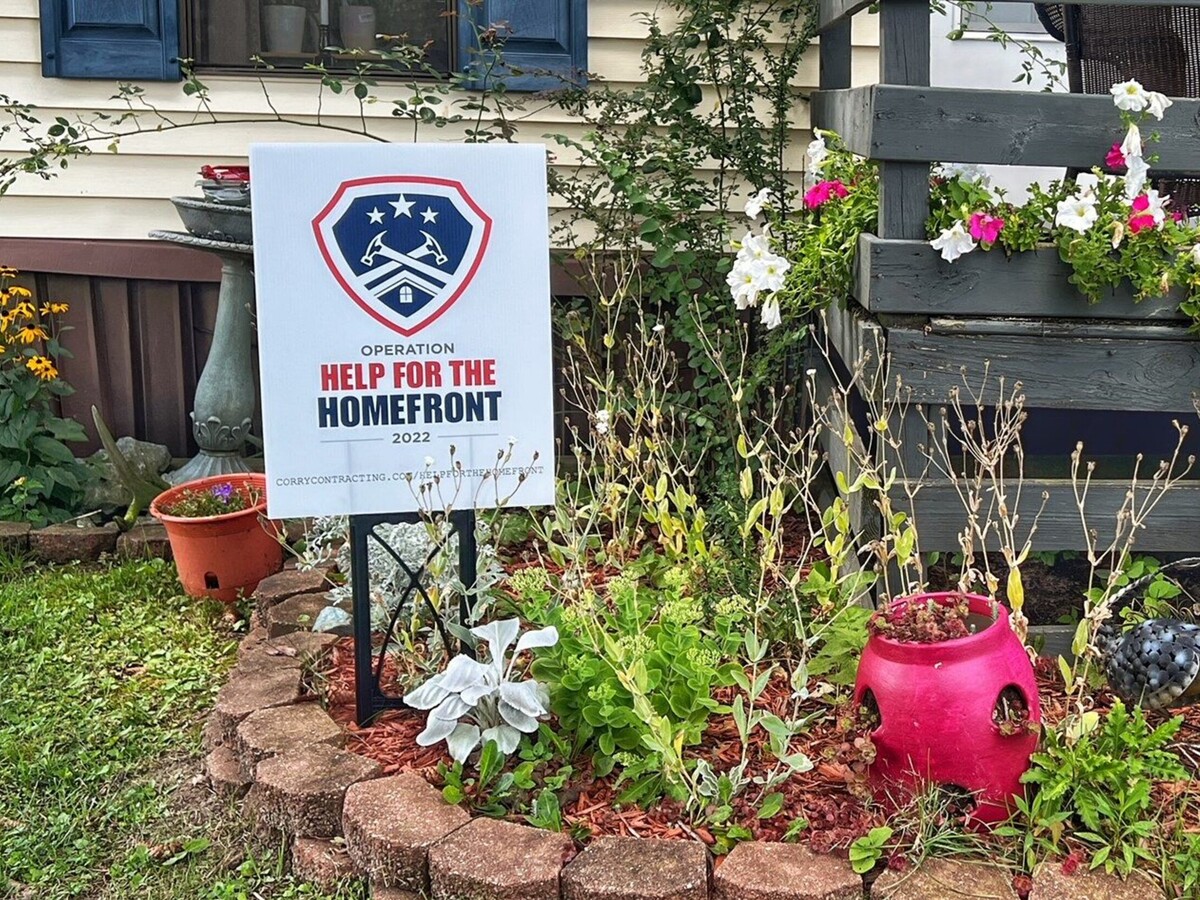 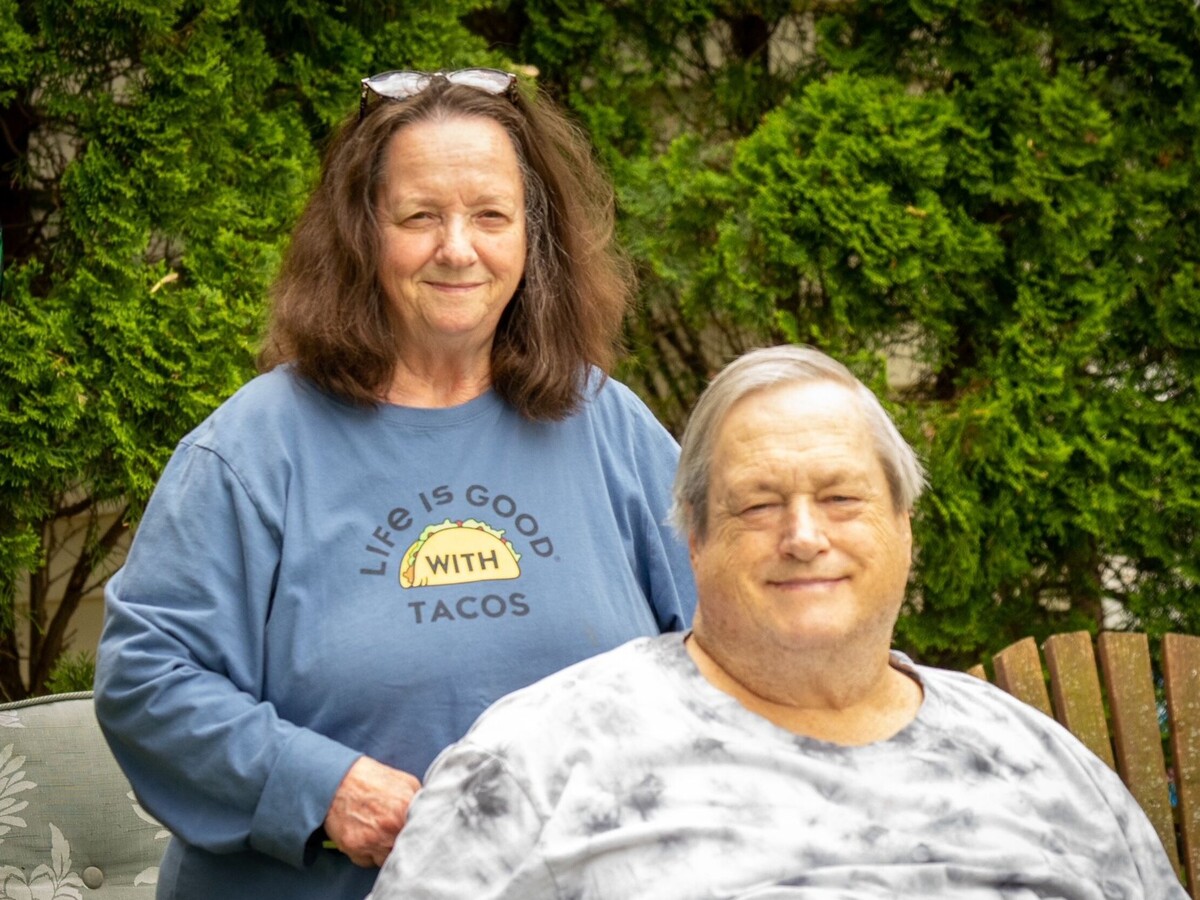 Vietnam veteran Peter Wasilewski with his wife Liz - courtesy of Corry Contracting
I'm interested
You must log in to thank, flag, or reply
I disagree with this
This is unverified
Spam
Offensive
Help preserve local news. Support The Sun Times News.

It May be Winter, but It’s Sunny at the Dexter Senior Center

The Liberty Road Bridge in Lima Township is going away