The Interlake Steamship Company welcomes the Mark W. Barker, its first new-build freighter since 1981 and the first built on the Great Lakes in 35 years. The 639’ ship was built by Fincantieri Bay Shipbuilding in Sturgeon Bay, Wisconsin, and officially christened this past weekend in Cleveland, Ohio, where The Interlake Steamship Company is headquartered. Designated as a River-Class Vessel, allowing it to navigate the tight bends of the Cuyahoga River. The ship will carry various types of cargo throughout the Great Lakes. While the ship appears relatively small compared to the 1,000-foot freighters currently sailing the lakes, the maneuverability of the vessel will allow Interlake Steamship to expand the types of cargo being transported by ship.

The forward-thinking design kept mother nature in mind, including a hull designed for efficiency, and low energy consmption which includes twin EMD engines. Generating a total of 8,000 horsepower the new engines are the first to meet the EPA’s Tier 4 emissions standards. Unlike most current great lakes freighters, the ship was designed with a square cargo hold space instead of a V shape, allowing for future non-flowing cargo such as wind turbine blades to be transported.

Where most freighters contain a rear-mounted unloading boom, the Mark W. Barker has a forward-mounted boom which allows for easier placement of cargo in congested or tight spaces while unloading, especially on the river systems. The ship operates with a crew of 17-18 men and women, with each crew member having their own private stateroom and bathroom on the vessel. The shipping season runs from March through January, before the vessels are laid up for the winter, mostly due to the ice coverage and closure of the Soo Locks for routine maintenance.

After leaving the shipyard on July 1st to begin and complete sea trials, the vessel began delivering cargo, including road salt, over the past month. Following the official christening over Labor Day weekend, the ship made its first appearance through the Soo Locks with over 200 spectators watching the debut in northern Michigan.

Named after the current Interlake Steamship Company President, Mark Barker, the ship is the 11th bulk carrier to be added to the company's fleet. The Barker family has been involved in the company since 1986 when Mark’s father took the company private.

Freighters sailing on the Great Lakes remain one of the most efficient for delivering cargo, with a typical 1,000-footer moving one ton of cargo 607 miles using just one gallon of fuel. The only comparable method on efficiency is a freight train. Over 20 million tons of iron ore pellets are loaded and shipped out of Duluth, MN, which accounts for over 80% of the nation's iron ore being mined. Once moved downstream by ship, the iron ore pellets will then be turned into steel used in automobile production and other consumer products.

Longevity is also worth noting, with some Great Lakes freighters, including the famous Arthur M. Anderson, sailing for upwards of 70 years. The Anderson gained notoriety as being the last ship to see the Edmund Fitzgerald before its sinking in November of 1975. 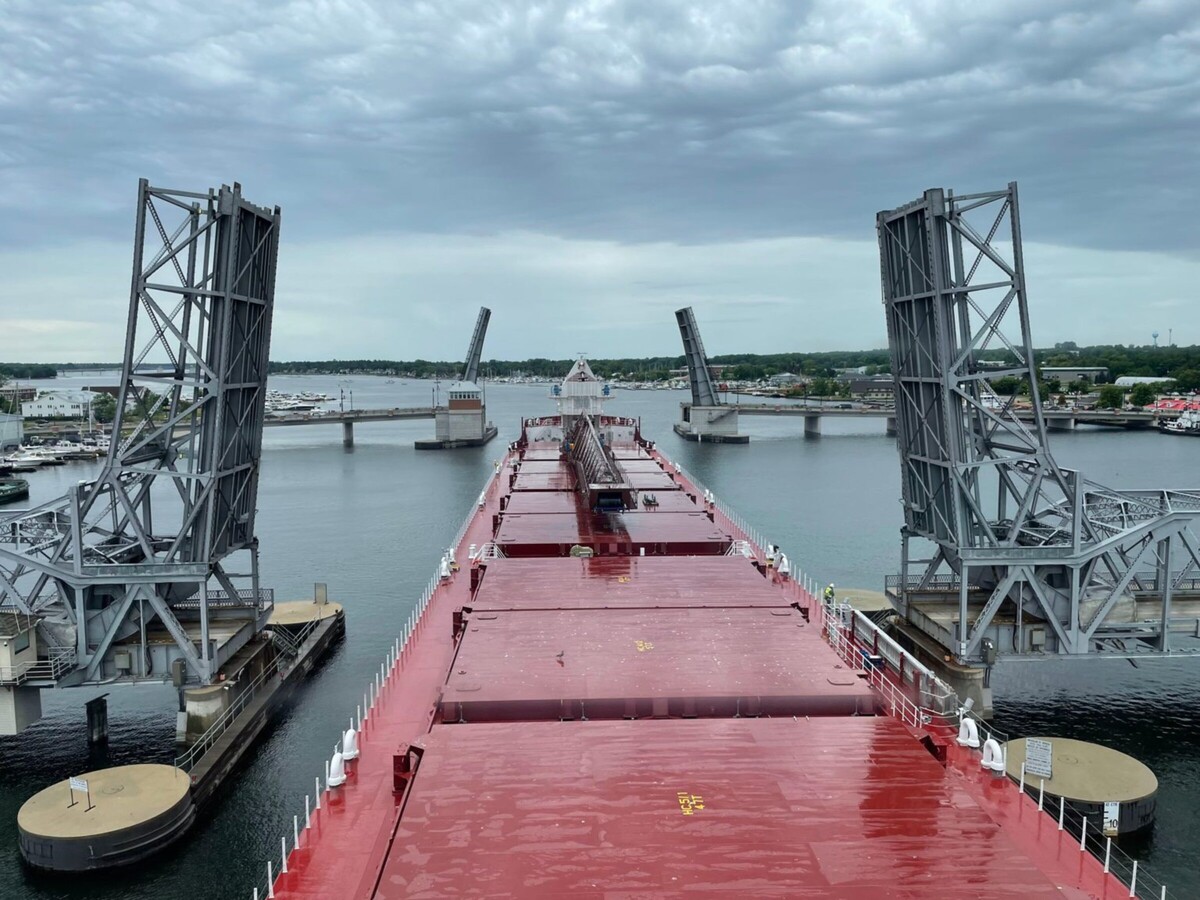 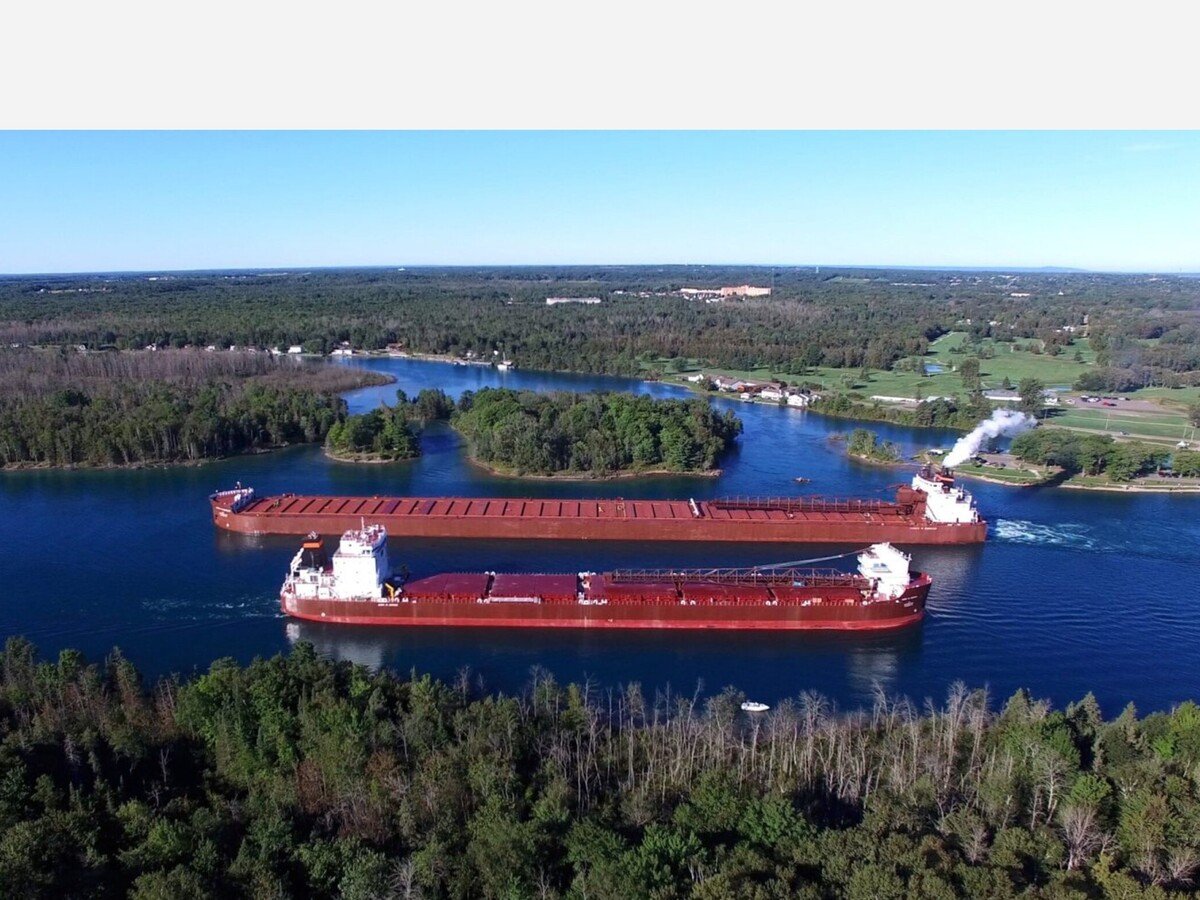 The Mark W. Barker passing a 1,000-footer on the Great Lakes - courtesy of Jim Lehocky
I'm interested
You must log in to thank, flag, or reply
I disagree with this
This is unverified
Spam
Offensive
Help preserve local news. Support The Sun Times News.