Saline Girl’s Move to 3-0 on the Season

The Saline girls’ basketball team opened SEC Red play with a 59-26 rout of Ann Arbor Huron Friday night to improve to 3-0 overall on the season.

The Hornets used a big second half to pull away and roll over the River Rats to move to 1-0 in the Red.

While Saline struggled a little on offense in the opening half, the defense did not as the Hornets held Huron to just 11 points for a 21-11 lead at halftime.

“We only made two 3's tonight. I can't remember the last time that happened,” Coach Leigh Ann Roehm said. “What that means is that we are really building a balanced attack. Huron worked hard to pressure us off the 3-point line and our guards did a great job putting it on the floor and getting to the rim for layups and our bigs really occupied the paint and finished. I love that the team just adjusted and took what was available.”

Kadyn Maida scored eight first half with all four baskets coming in the paint to help Saline take the 10-point halftime lead.

“Maida is just so hard to guard in transition. She gets out wide and fast and then she is so athletic she has the ability to catch on the run and be creative with the finish,” Roehm said “She made an impact in every quarter. Every time she stepped on the court, she made a difference.”

The Hornets offense came to life in the third, outscoring Huron 18-8 to take a 39-19 lead after three.

Anna Hesse and Beth Ann Ford were once again forces underneath the glass, combining for five blocks and 17 rebounds. “Our bigs were difference makers tonight. Huron has great post play. I thought Beth Ann Ford and Anna Hesse were tremendous,” Roehm said. “Anna was all over the court and gave an inspiring effort. With 12 rebounds and 3 blocks for Anna says a lot against a Huron team that has their post play as their strength. I also thought she was physical at both ends of the floor and scored strongly in the paint. Beth Ann Ford did her normal dirty work getting loose balls and helping us with incredible rotations, but she was also a force at the offensive end. I loved how she sealed for position, called for the ball confidently and made smooth post moves when she got the ball.” Hesse and Ford finished with six points each.

Maida finished with a team-high 15 points and grabbed four rebounds and four steals.

Freshman Keira Roehm continued to impress with 14 points, eight rebounds, five assists, and three steals. “She played a complete game. Her first quarter really got us going, knocking down our first two buckets and then getting steals and assists that really fueled our start. I was especially happy with how she battled and really got added rebounds and passed the ball in transition” Roehm said.

Kate Stemmer battled foul trouble early, but battled back to finish with 11 rebounds, three rebounds, and two assists to go along with her shutdown pressure defense on the Huron guards.

Earlier in the week, hot three-point shooting helped lift the Hornets past Novi 62-46.

Keira Roehm was six of eight from beyond the arch to lead the Hornets with 20 points on the night. “She really stepped up for us and made big baskets at key moments. She really shot the cover off the ball tonight,” Roehm said.

Griffin knocked down three triples and finished with 11 points and four rebounds.

Like the Huron game, the Hornets led by just 11 at the half and used a 17-8 run in the third to pull away for the win.

The Hornets return to action Tuesday night when they travel to Skyline for a SEC Red matchup. 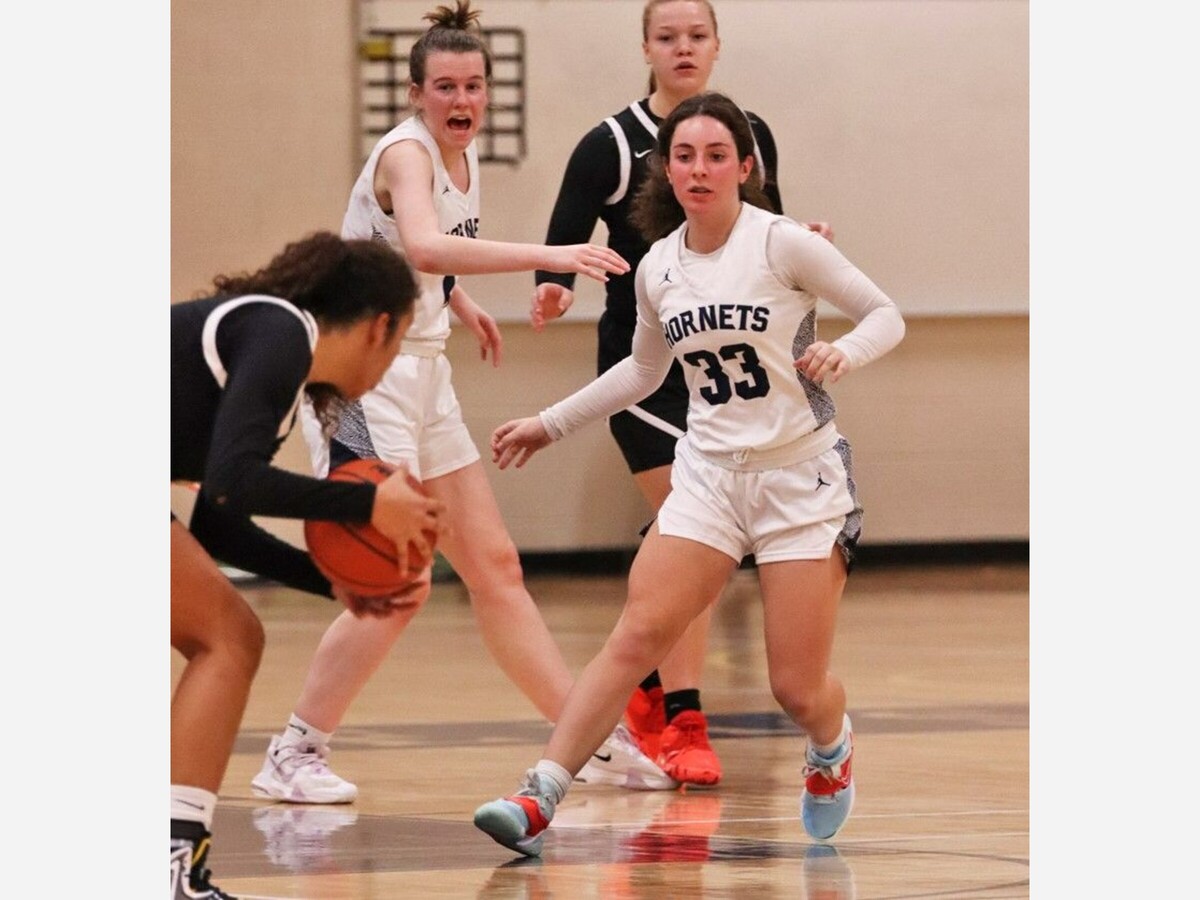 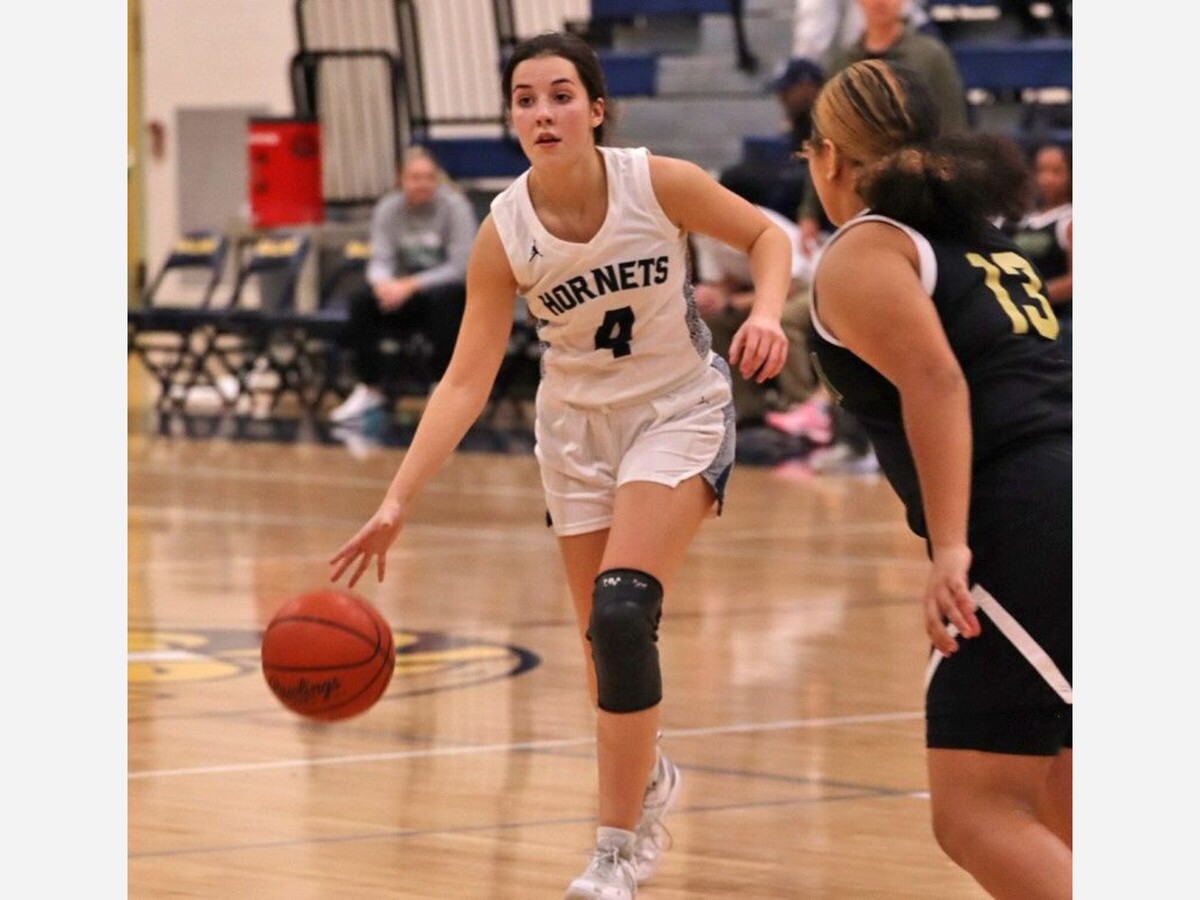 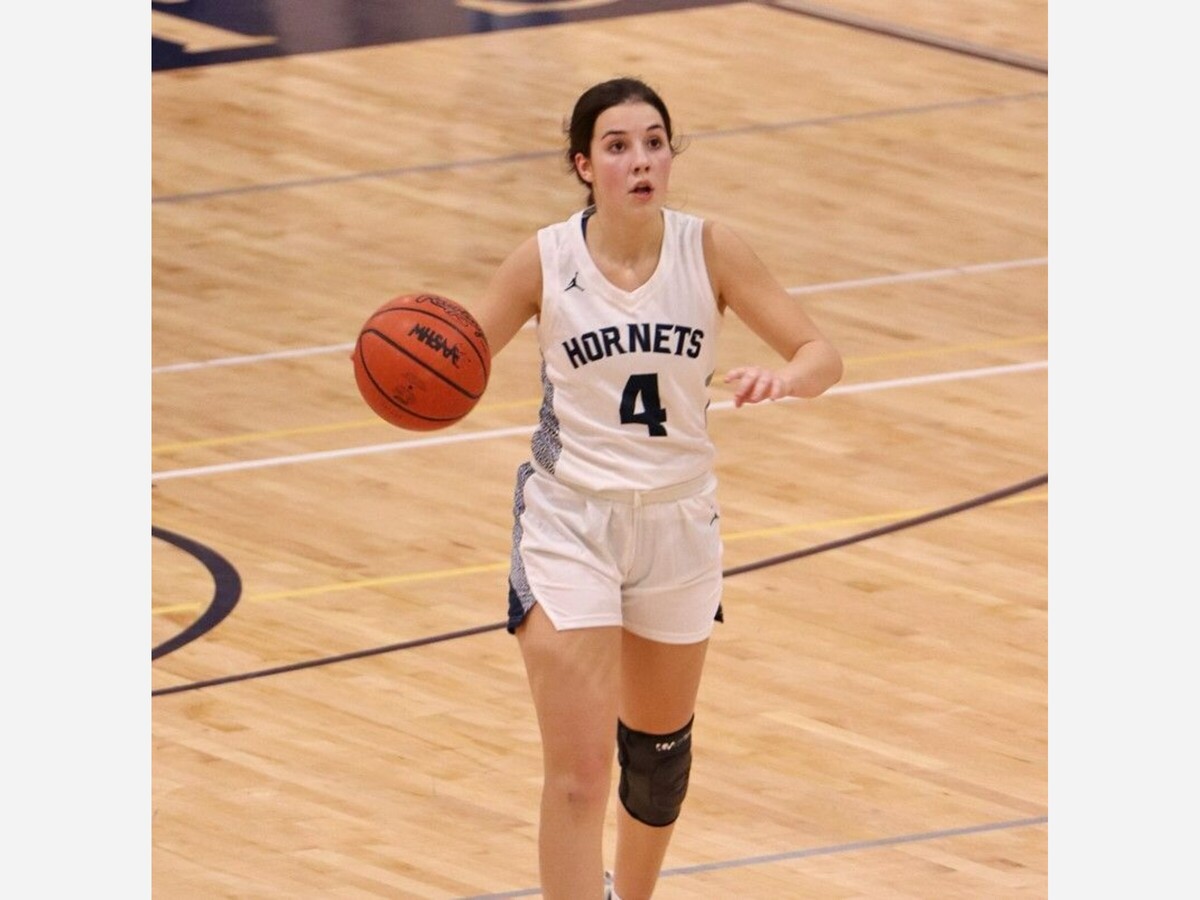 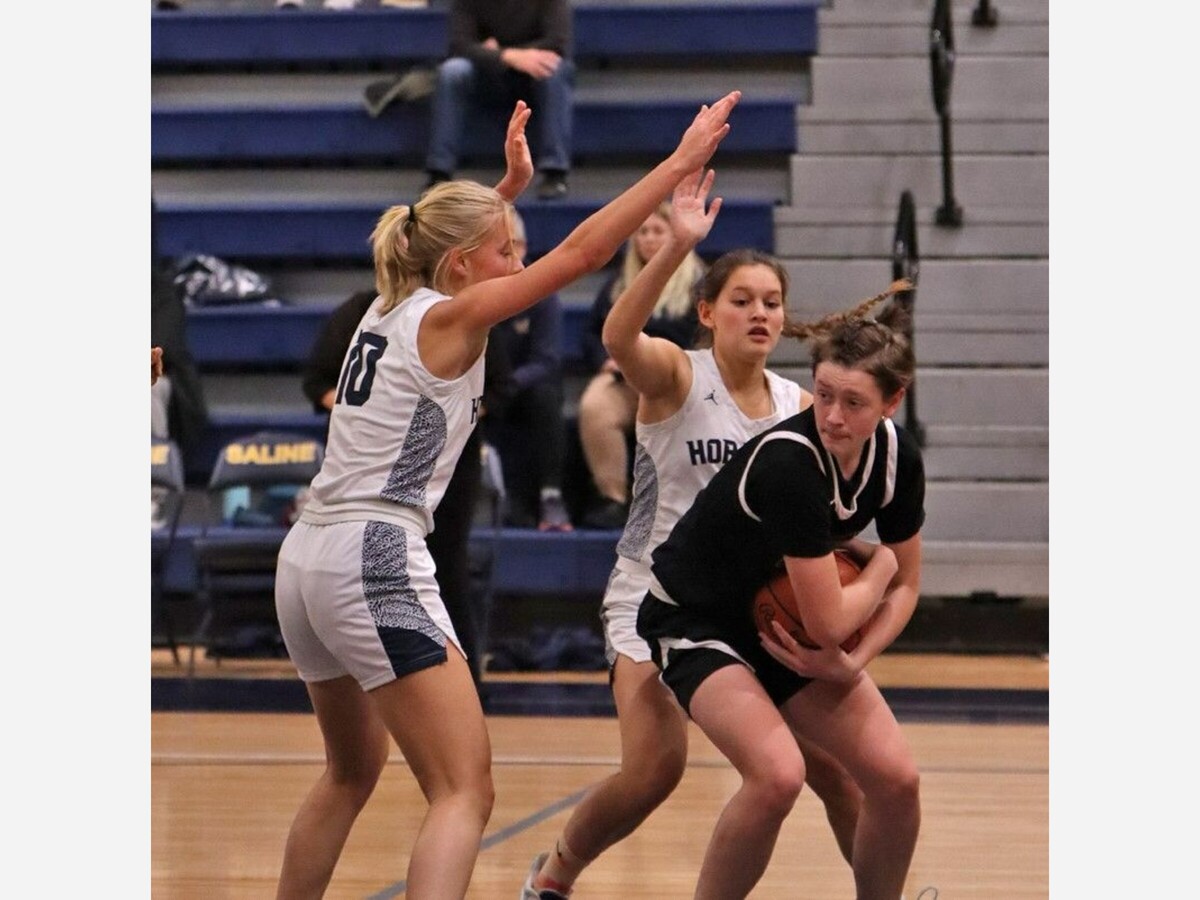 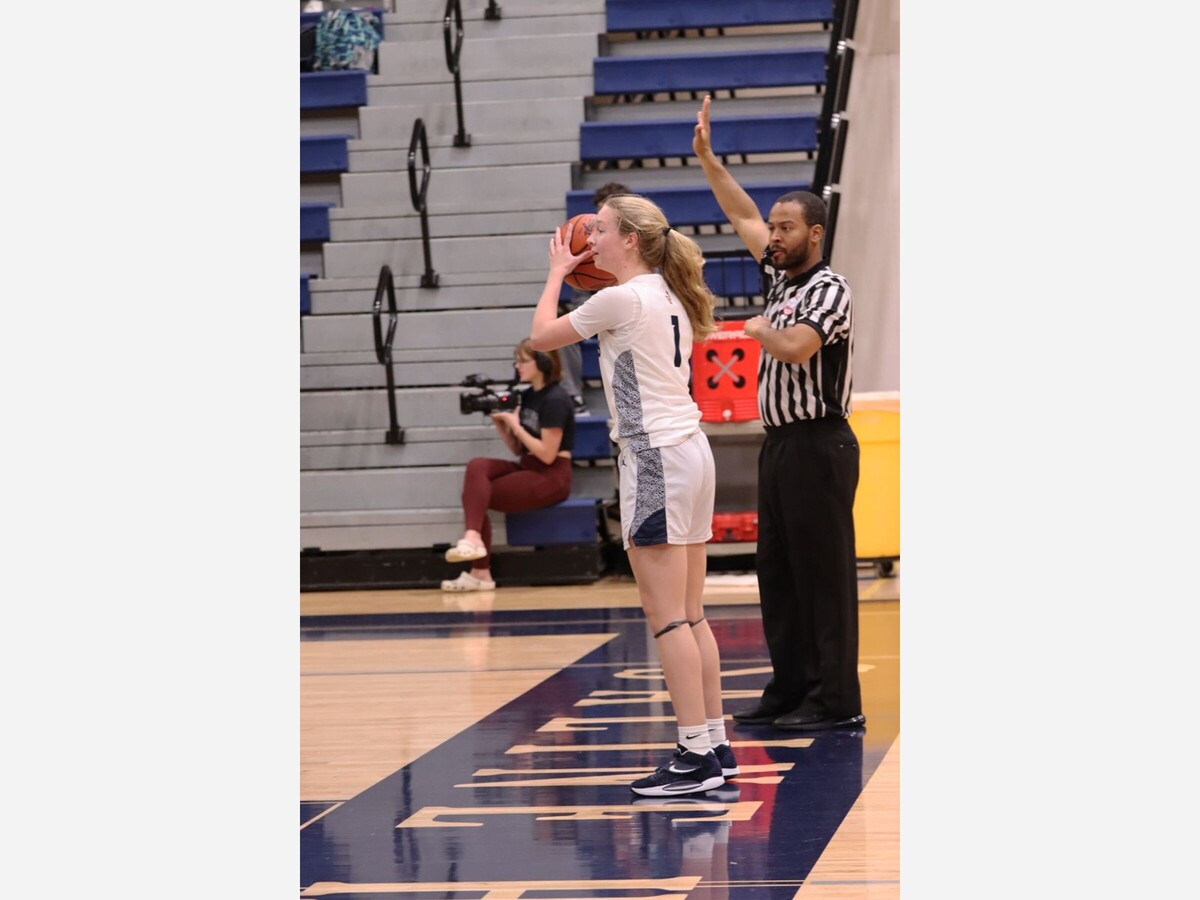 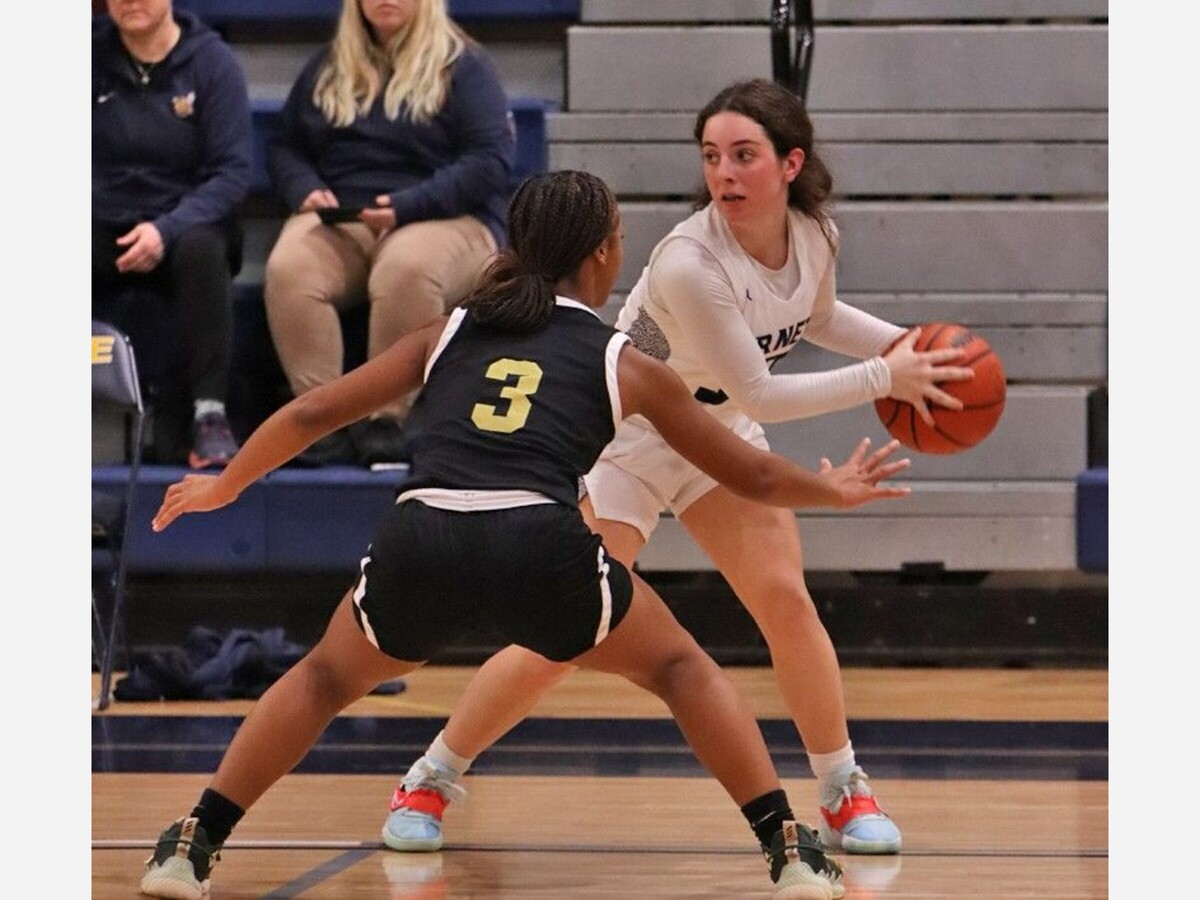 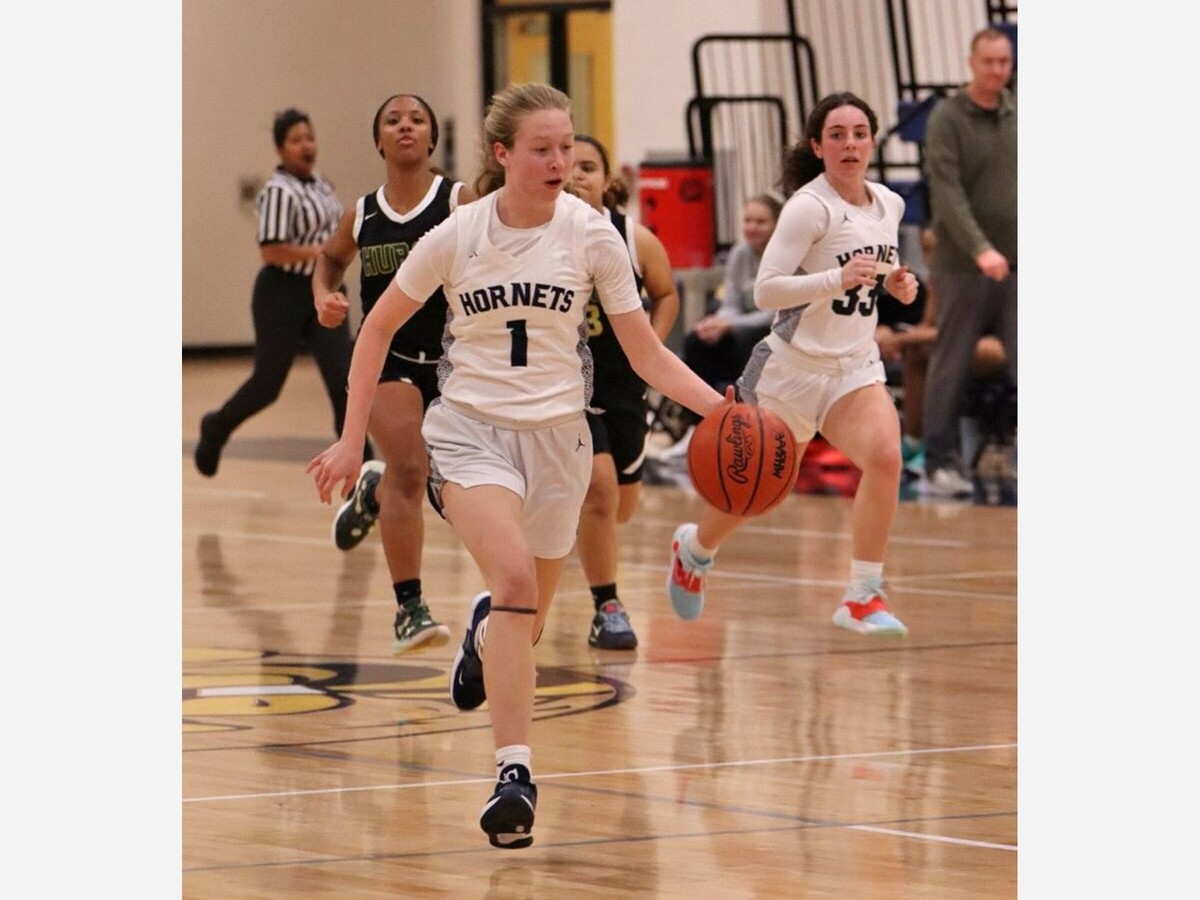 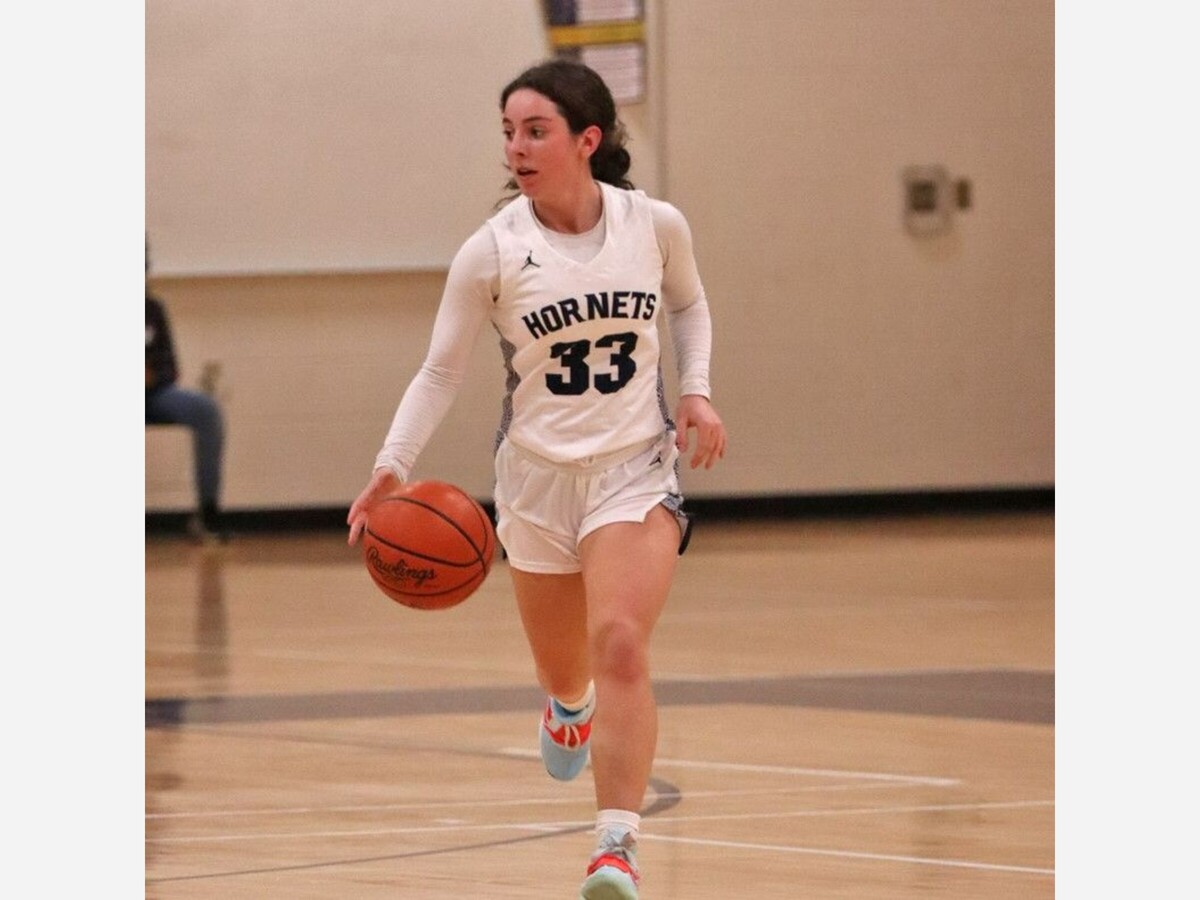 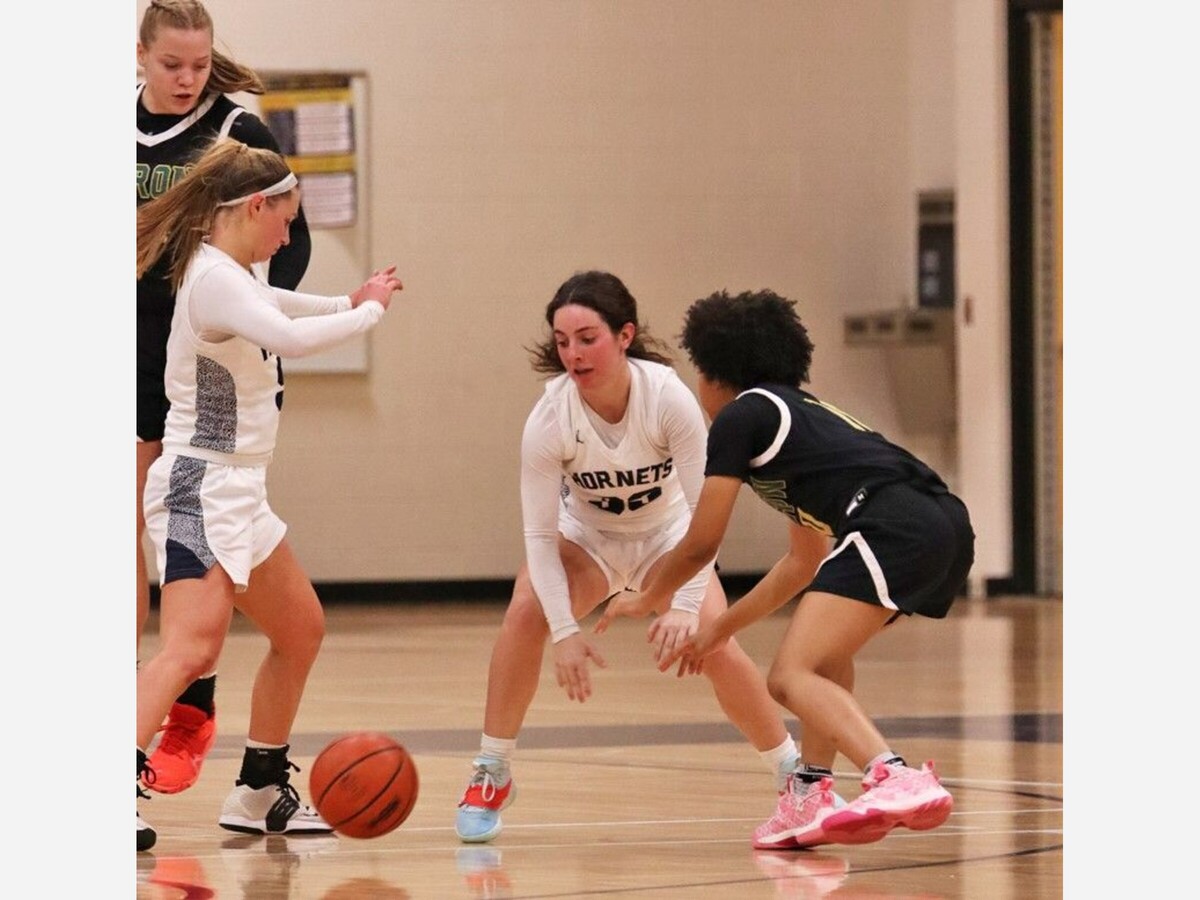 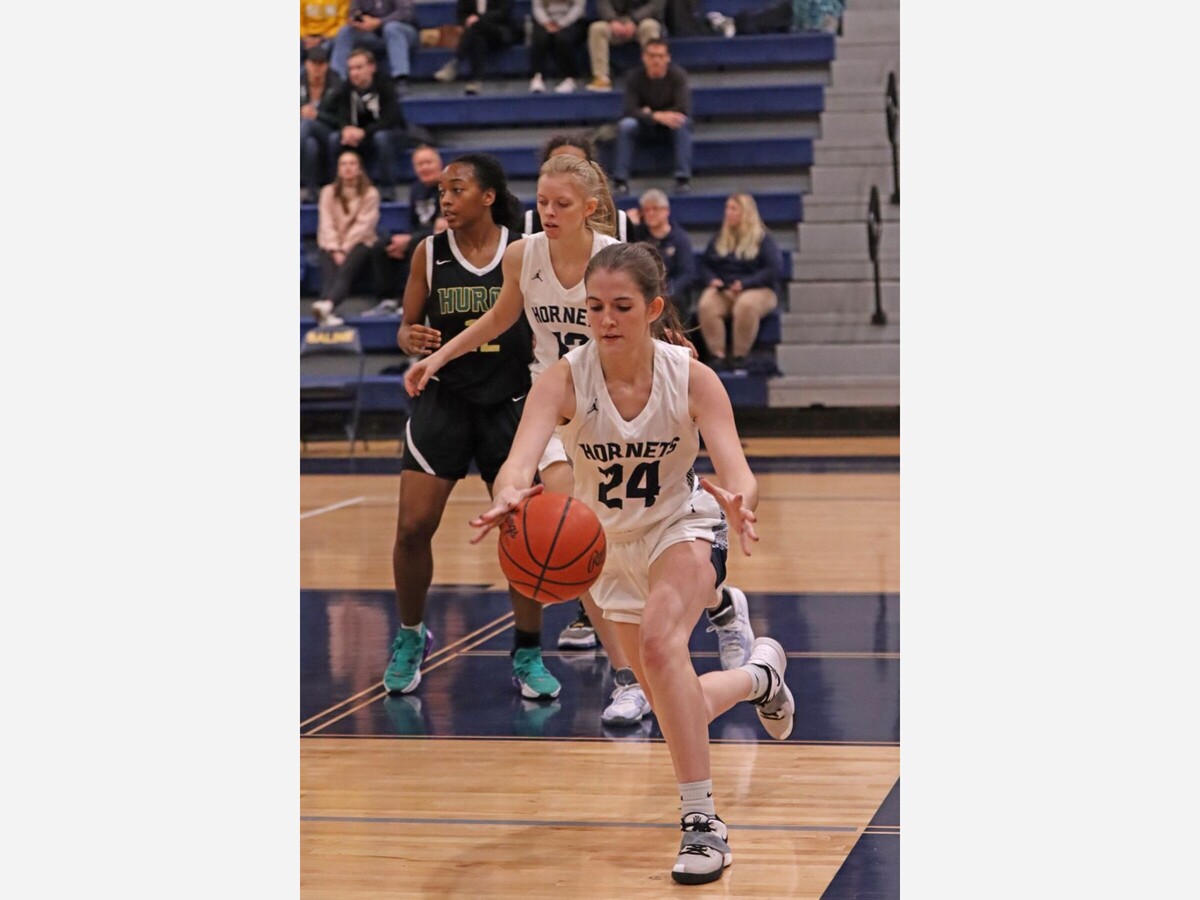 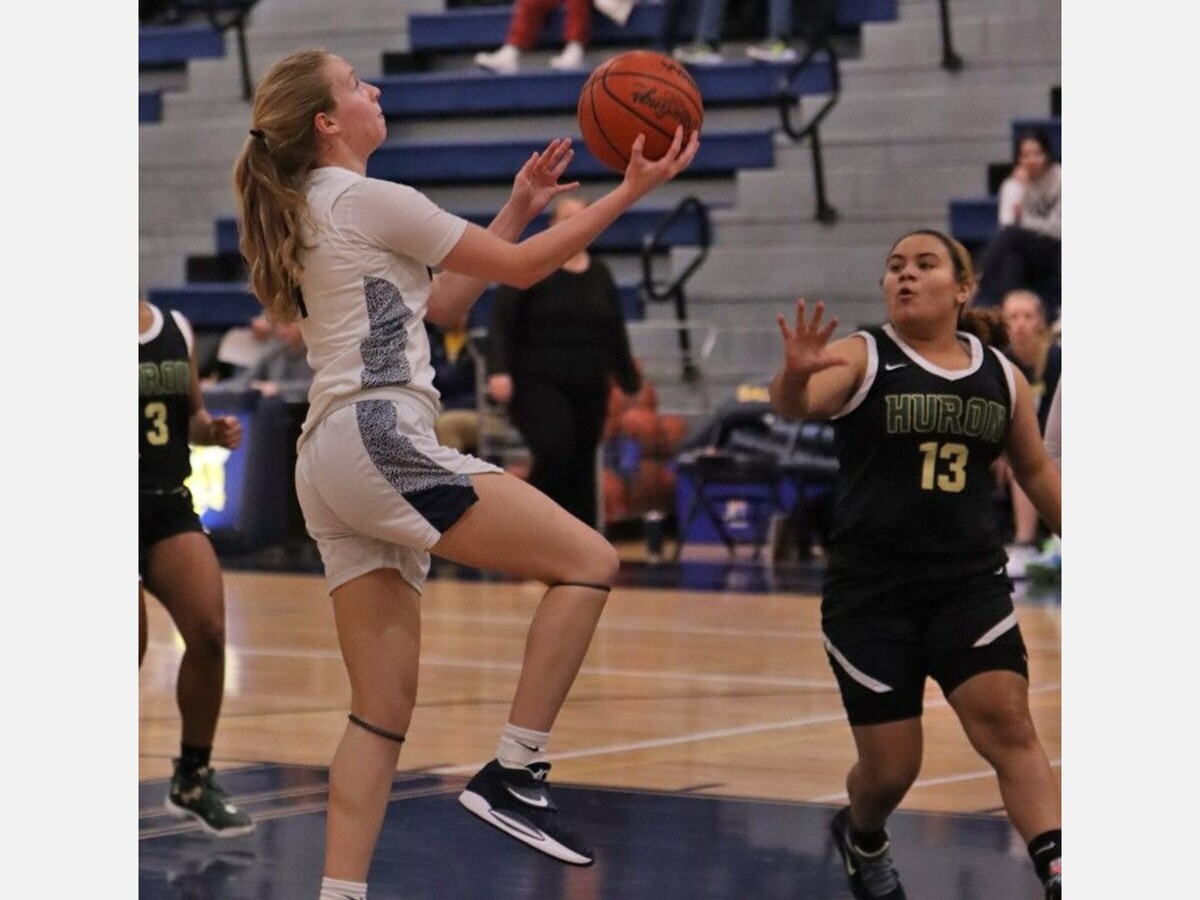 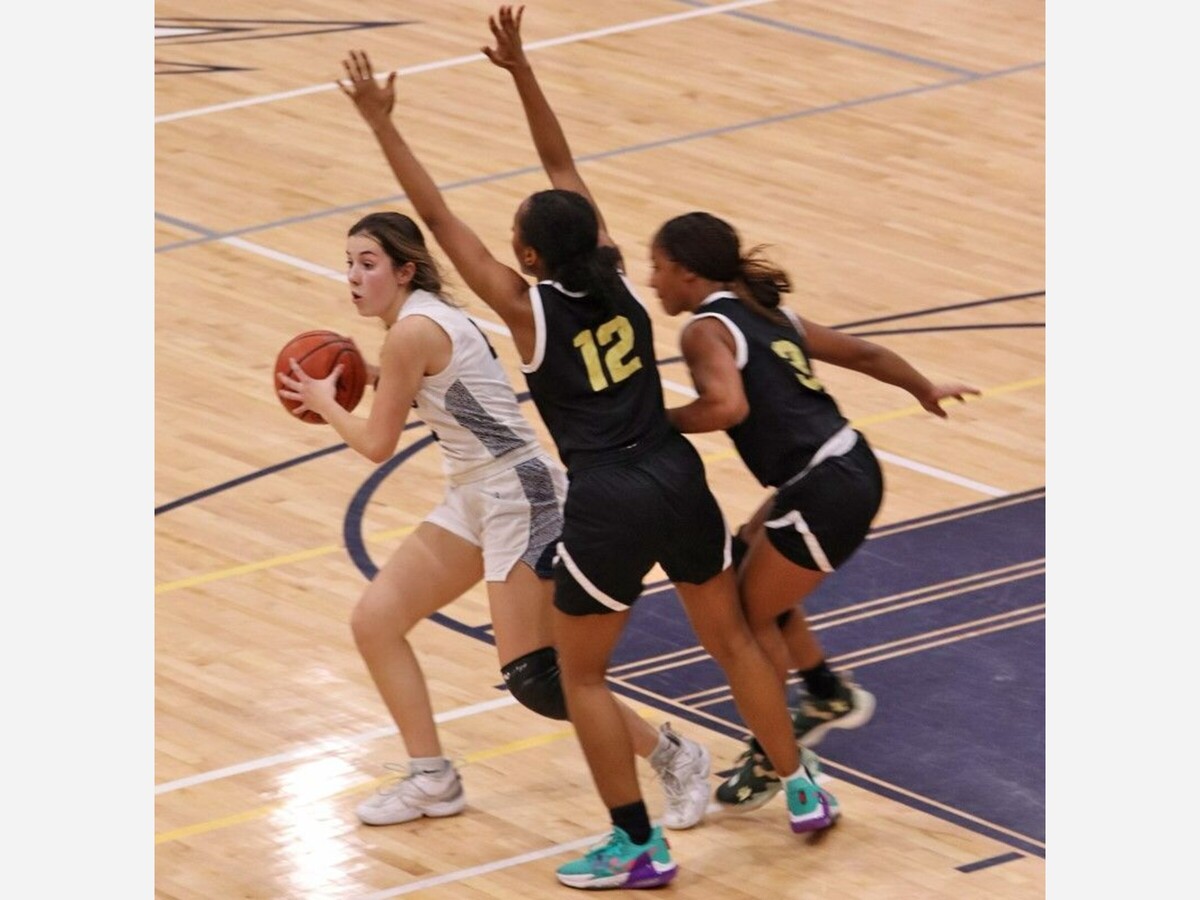 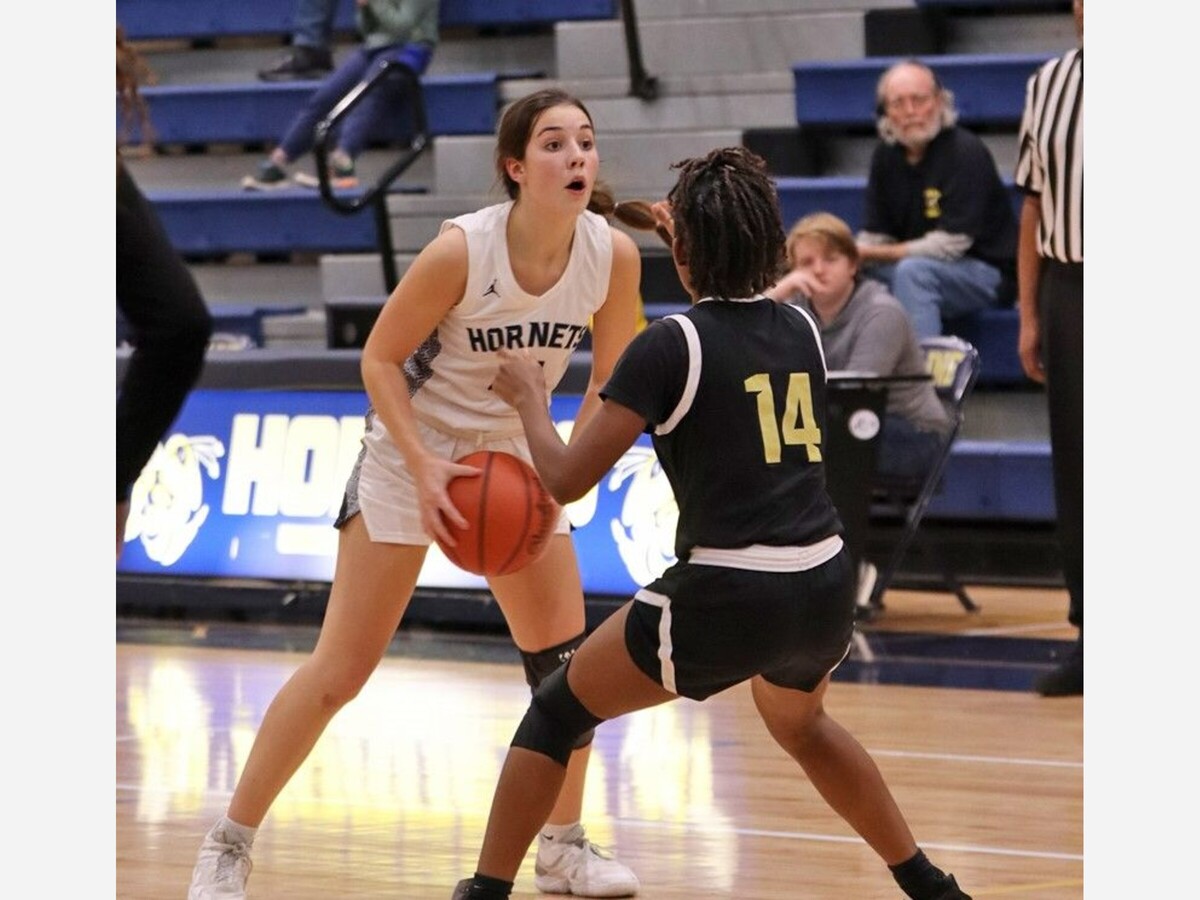 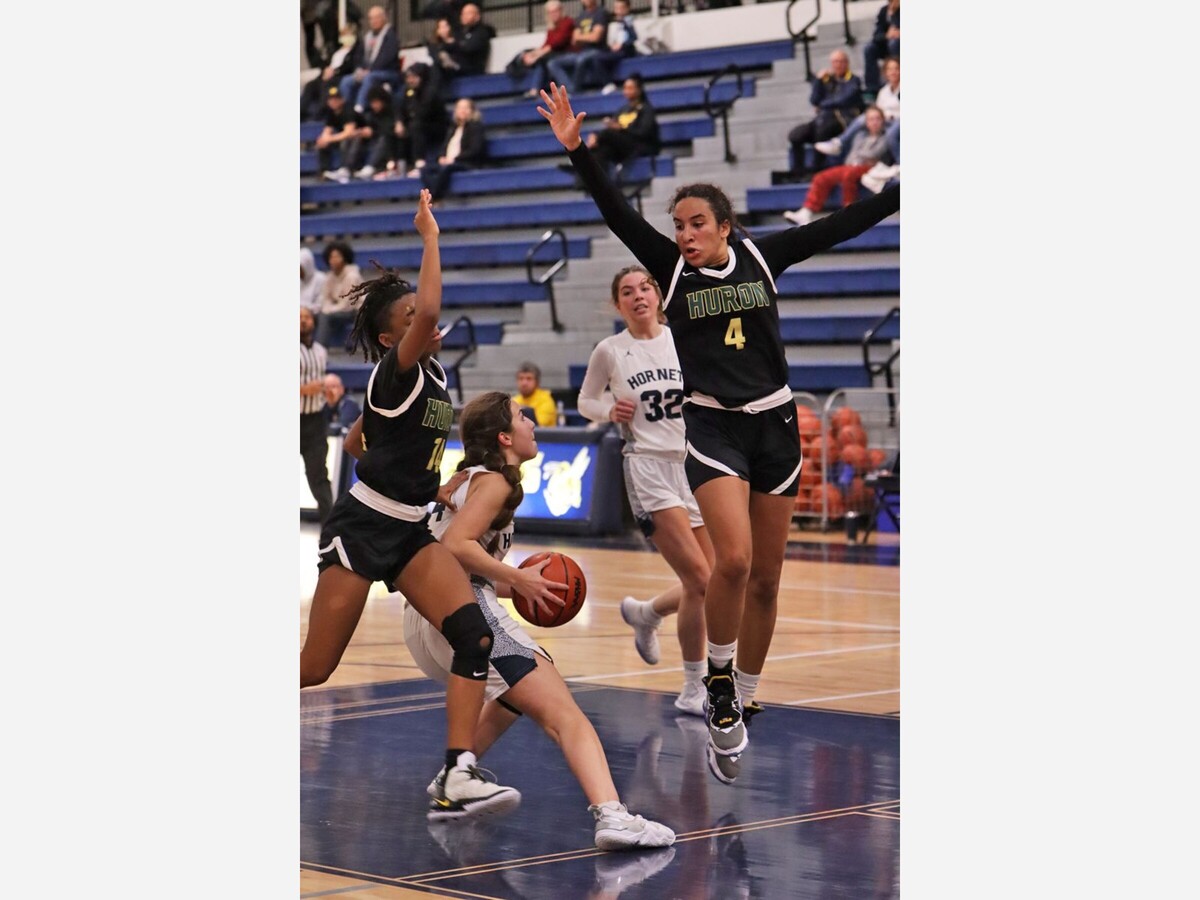 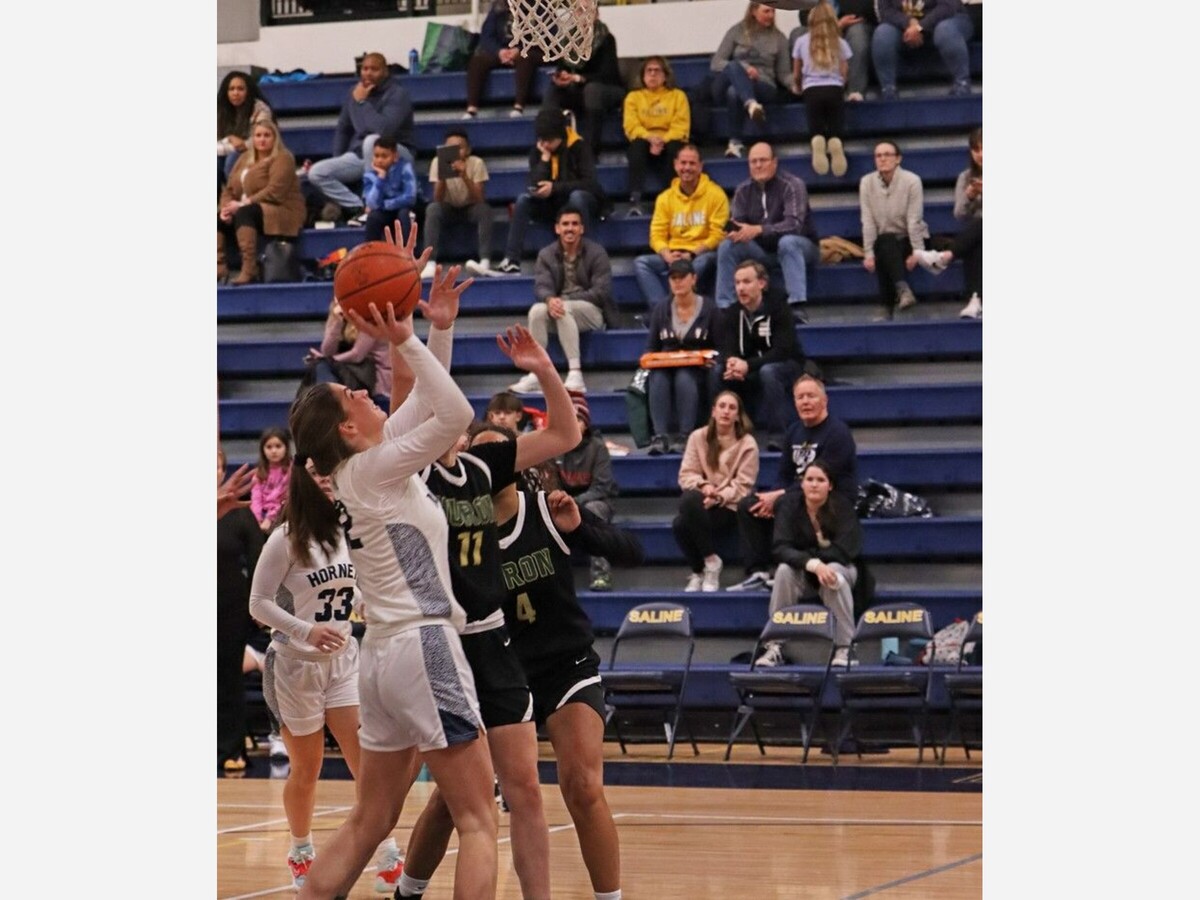 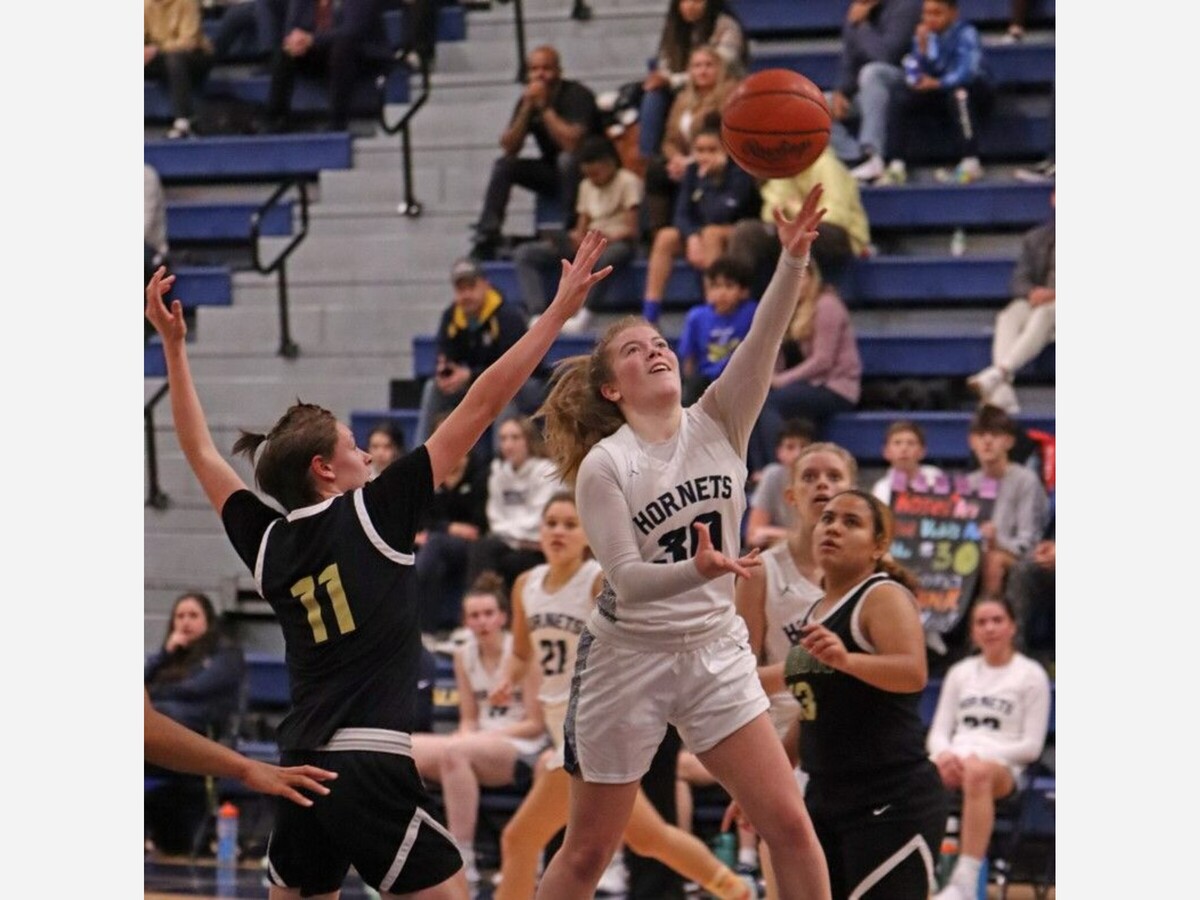 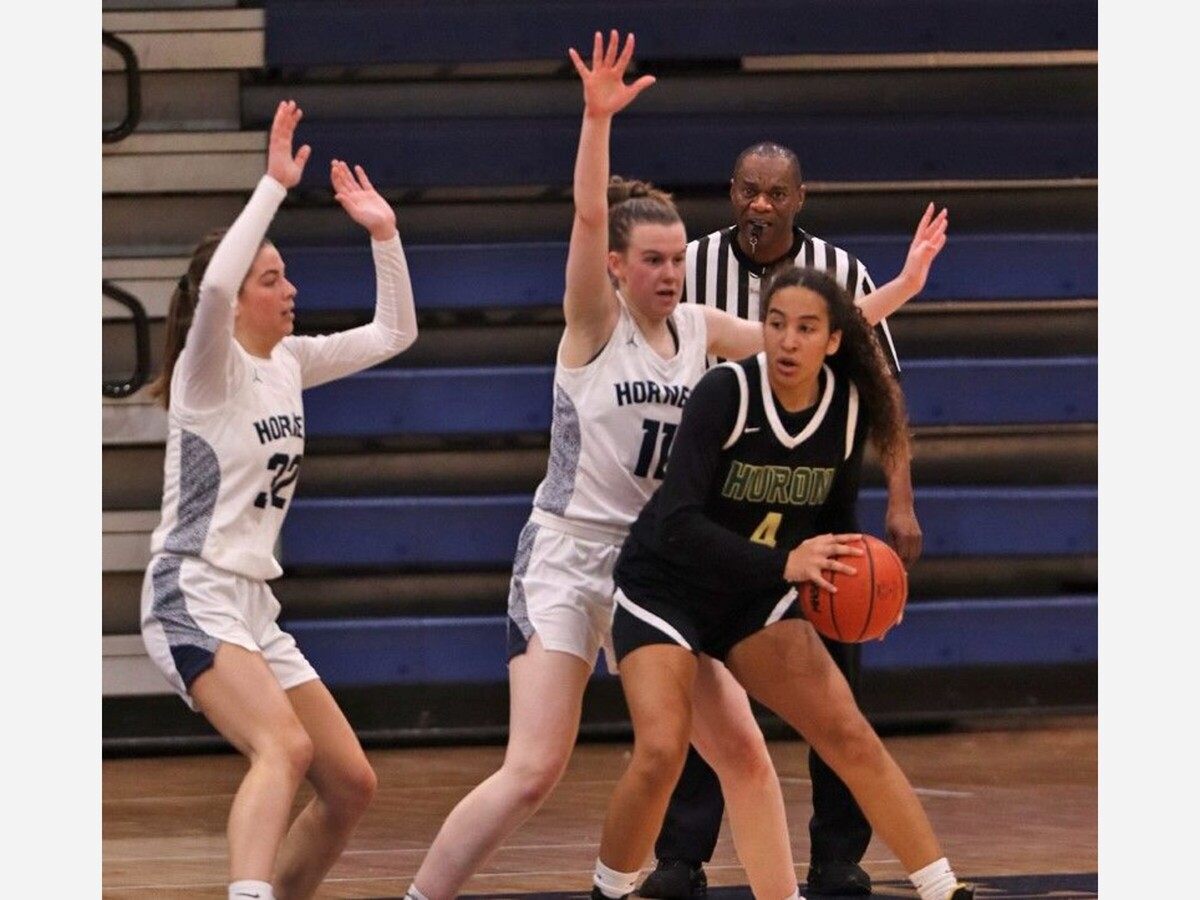 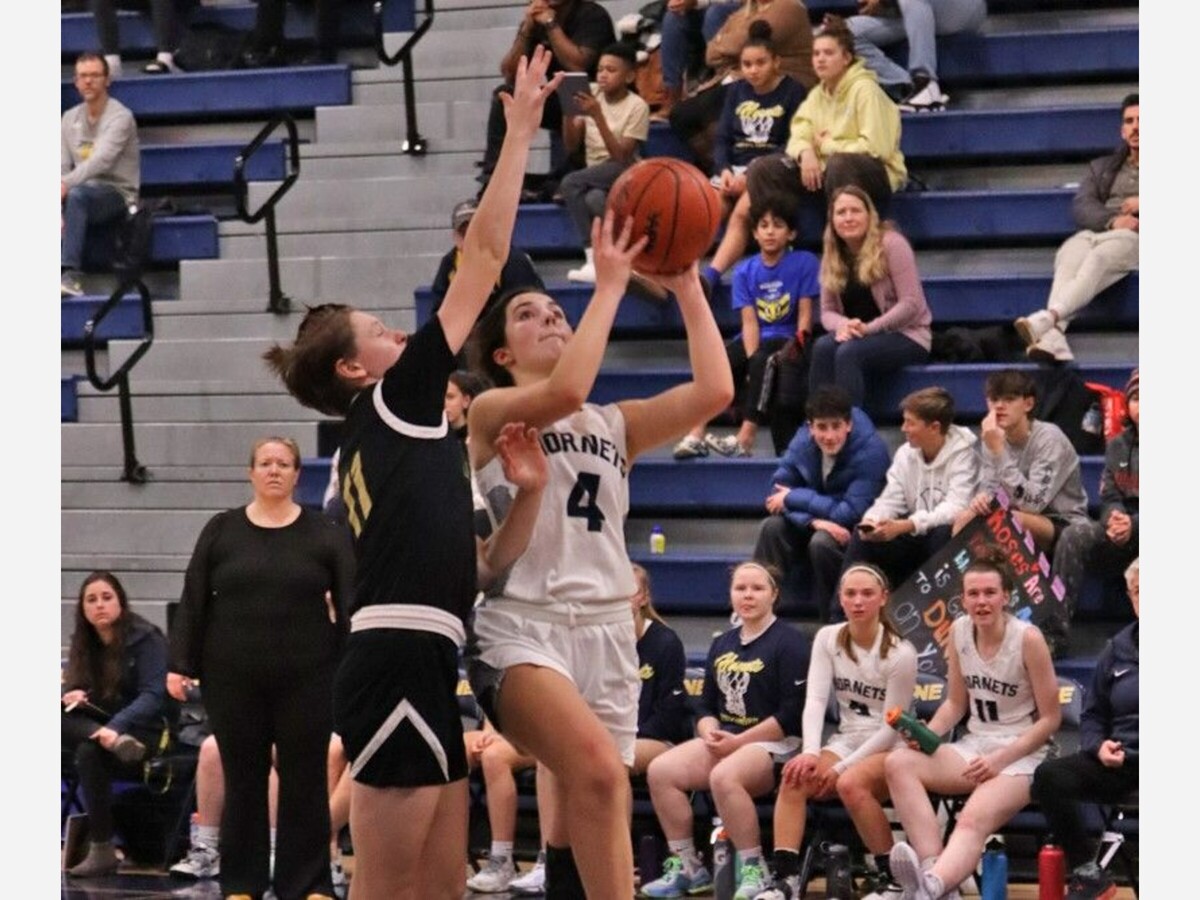 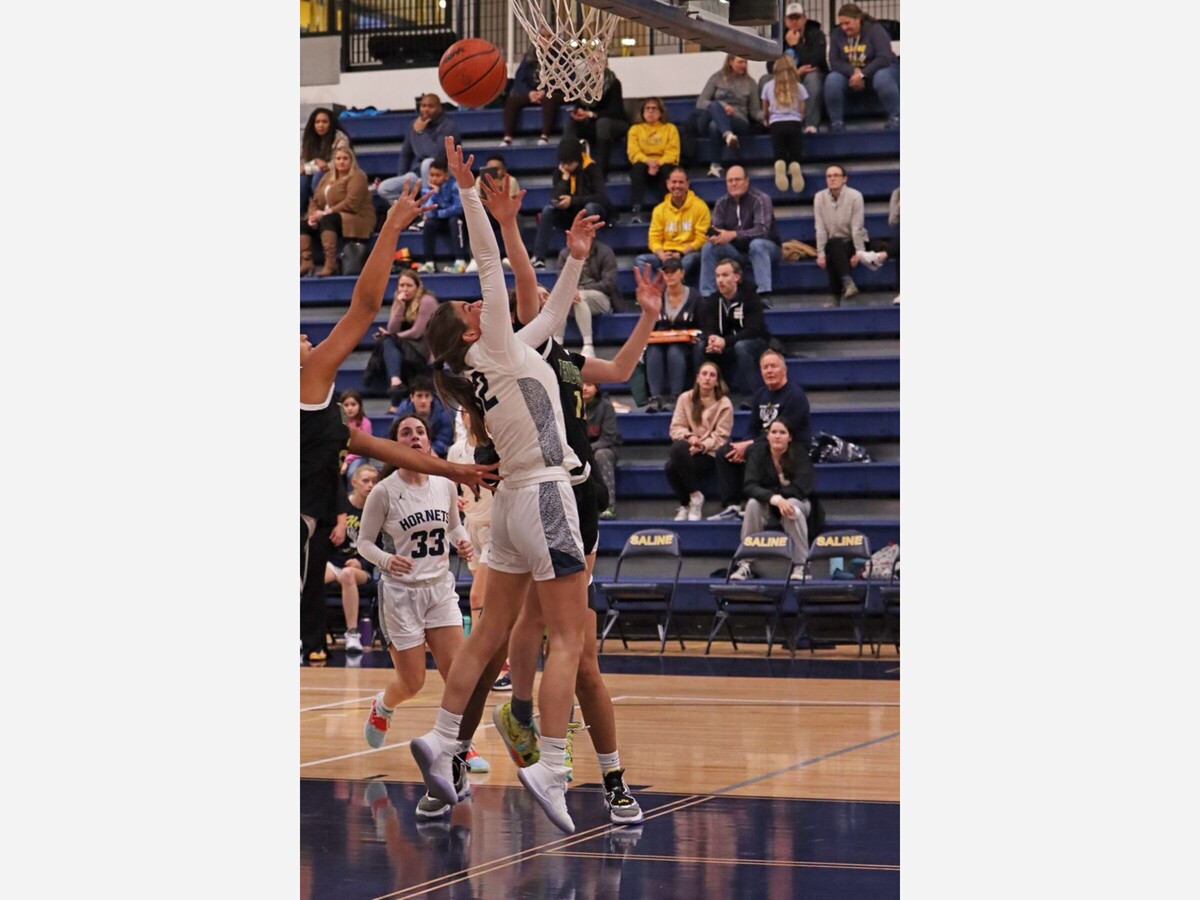 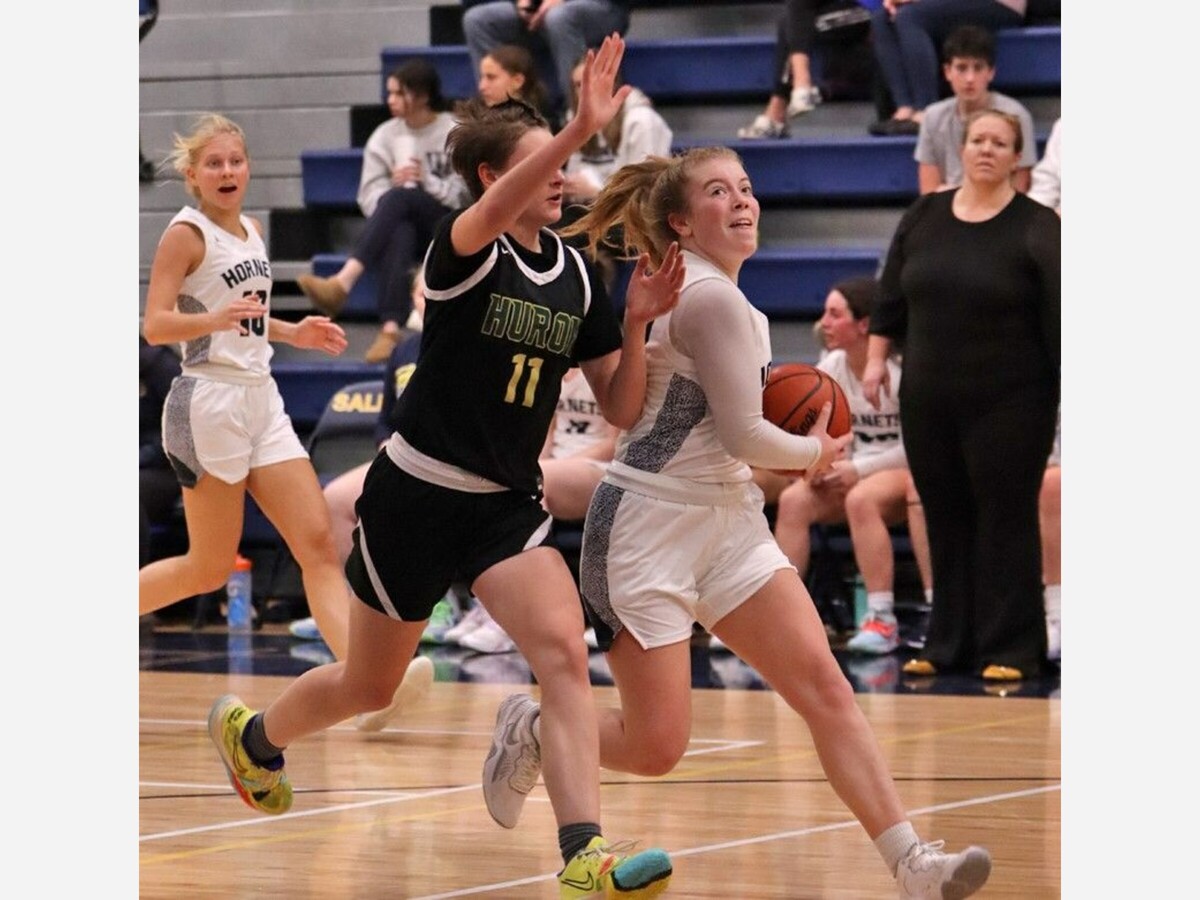 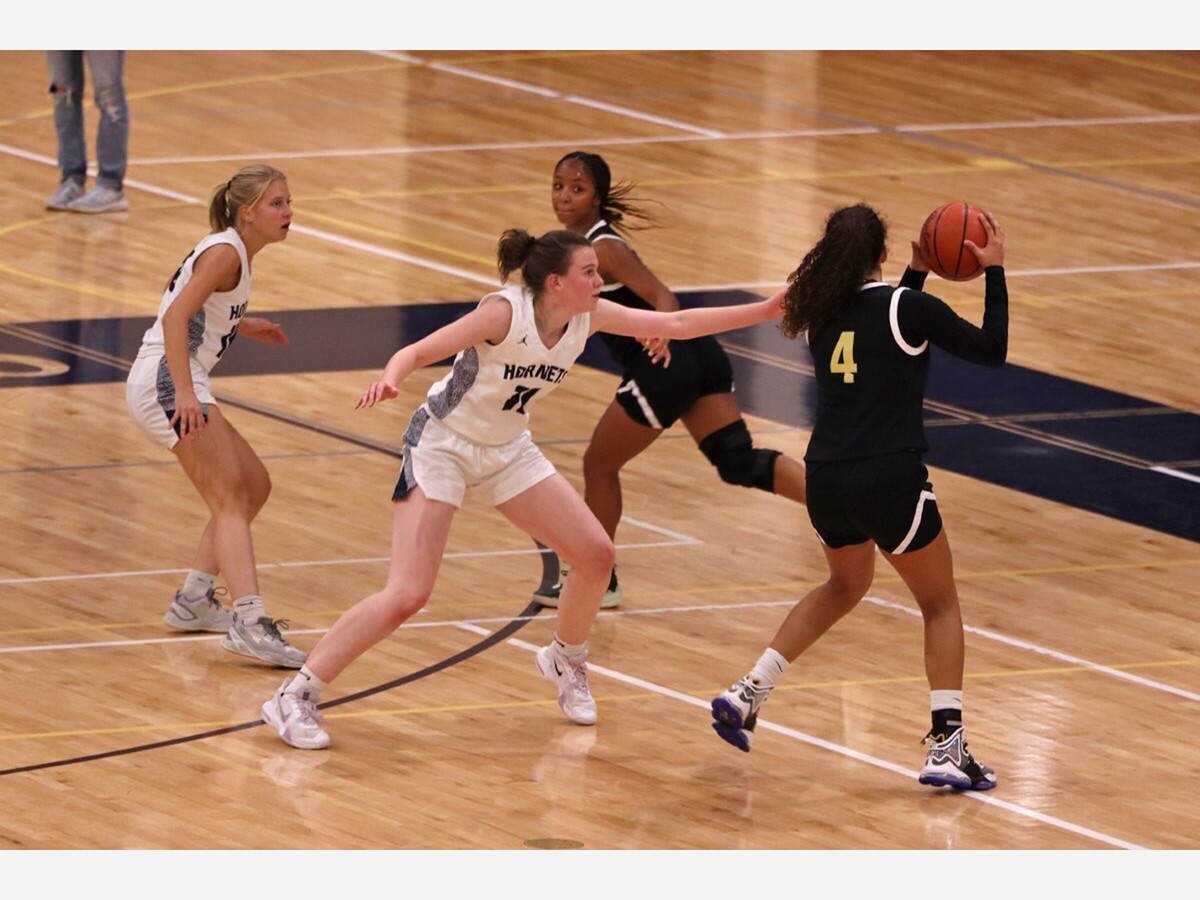 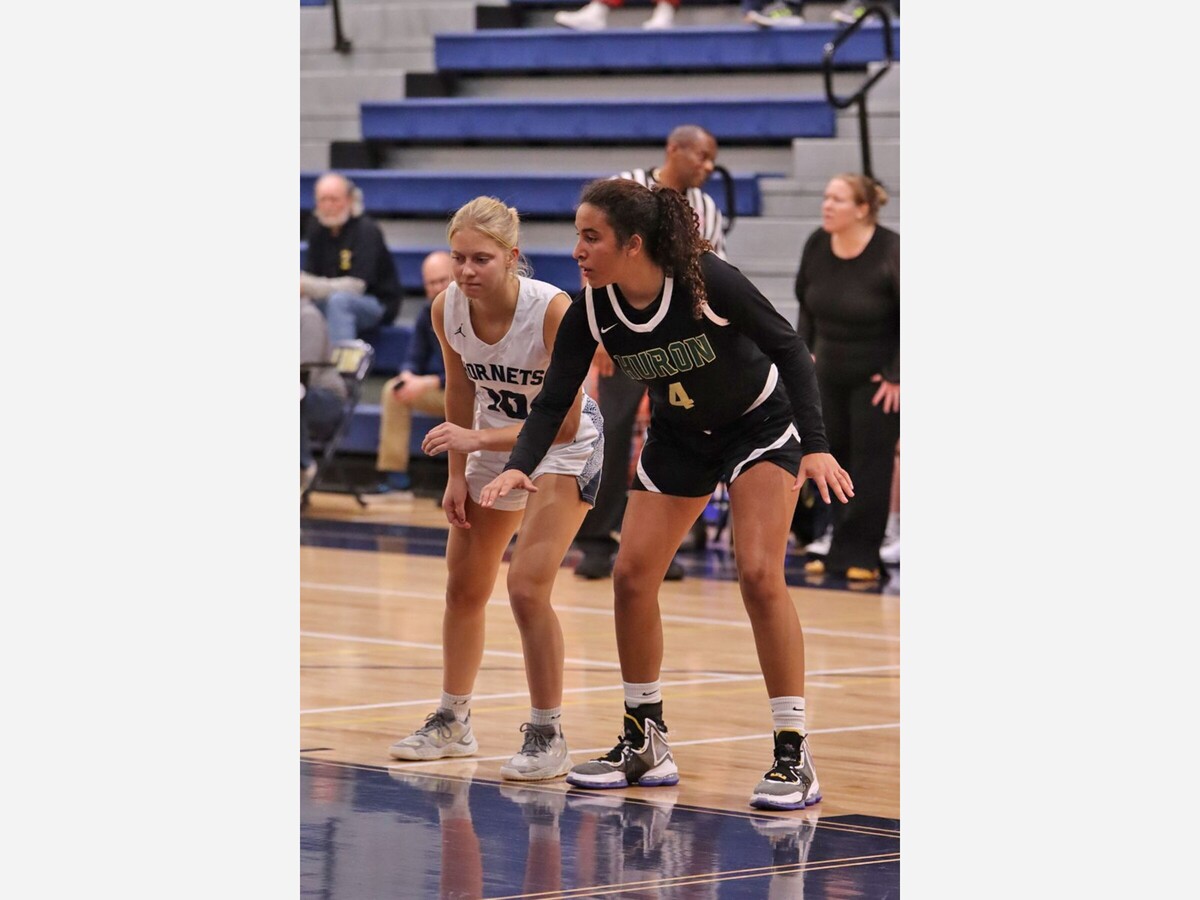 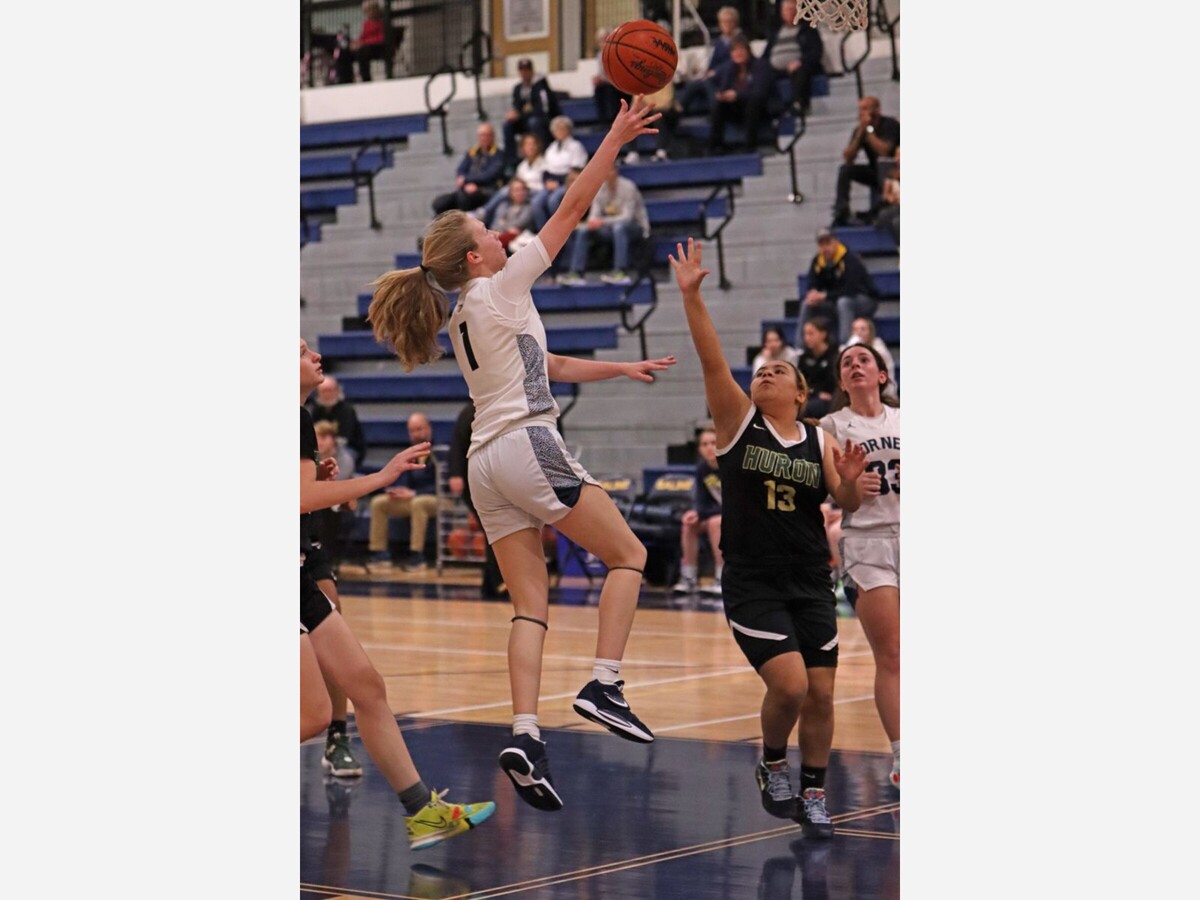 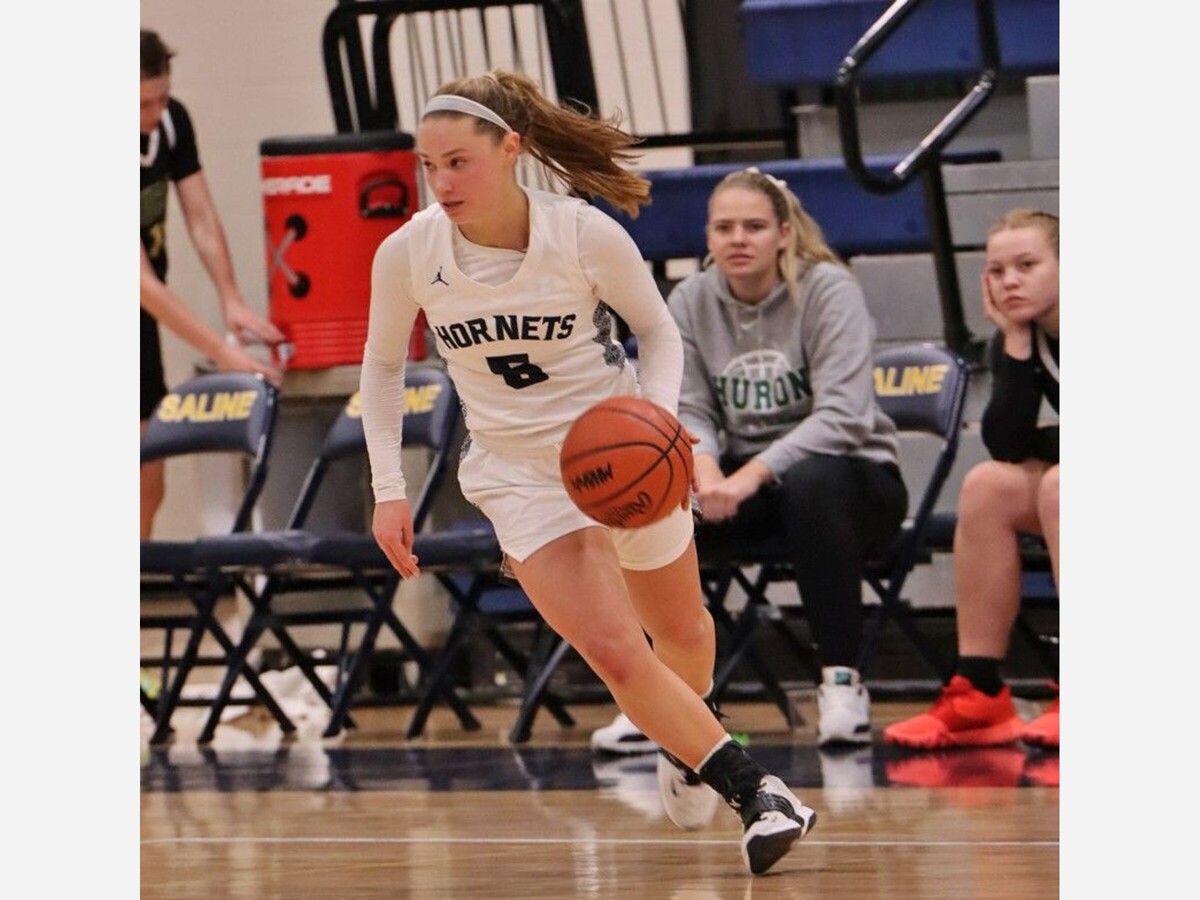 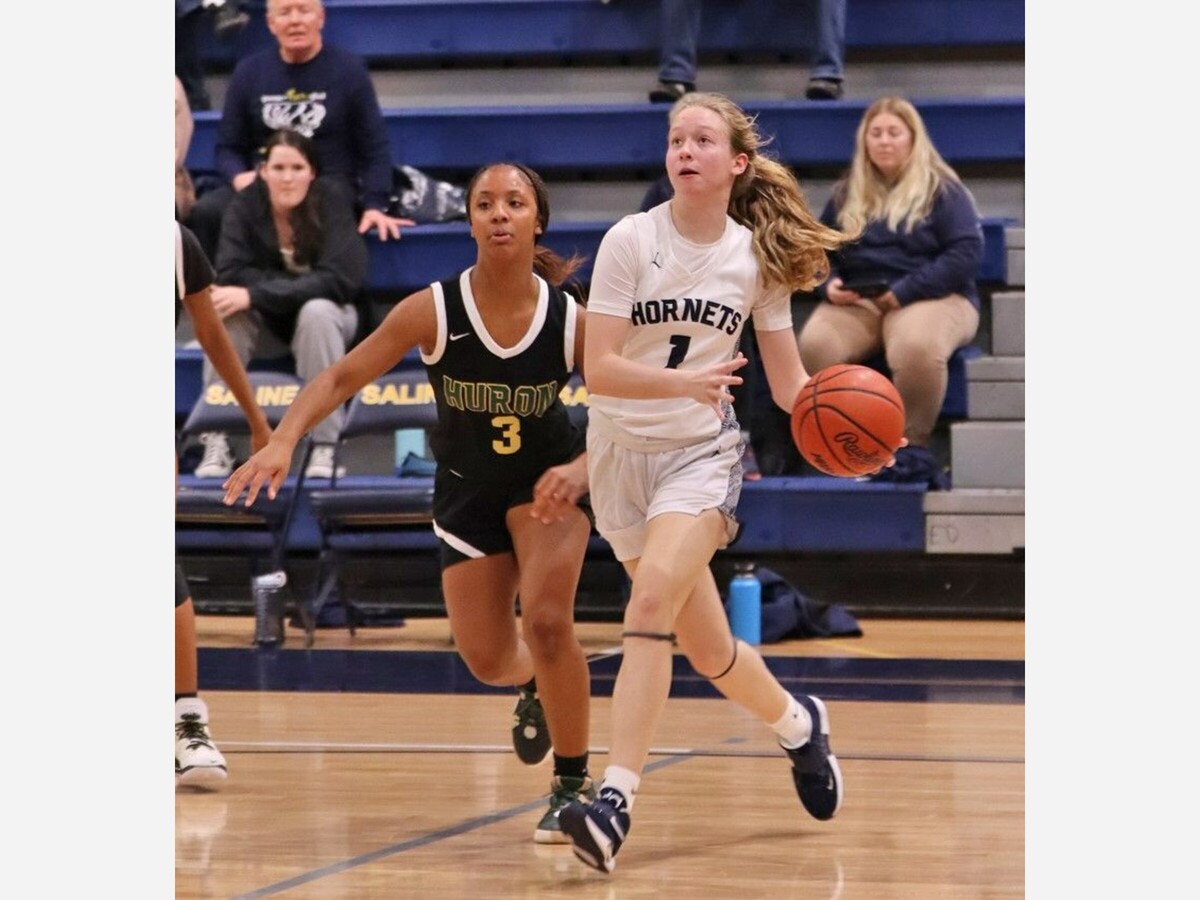 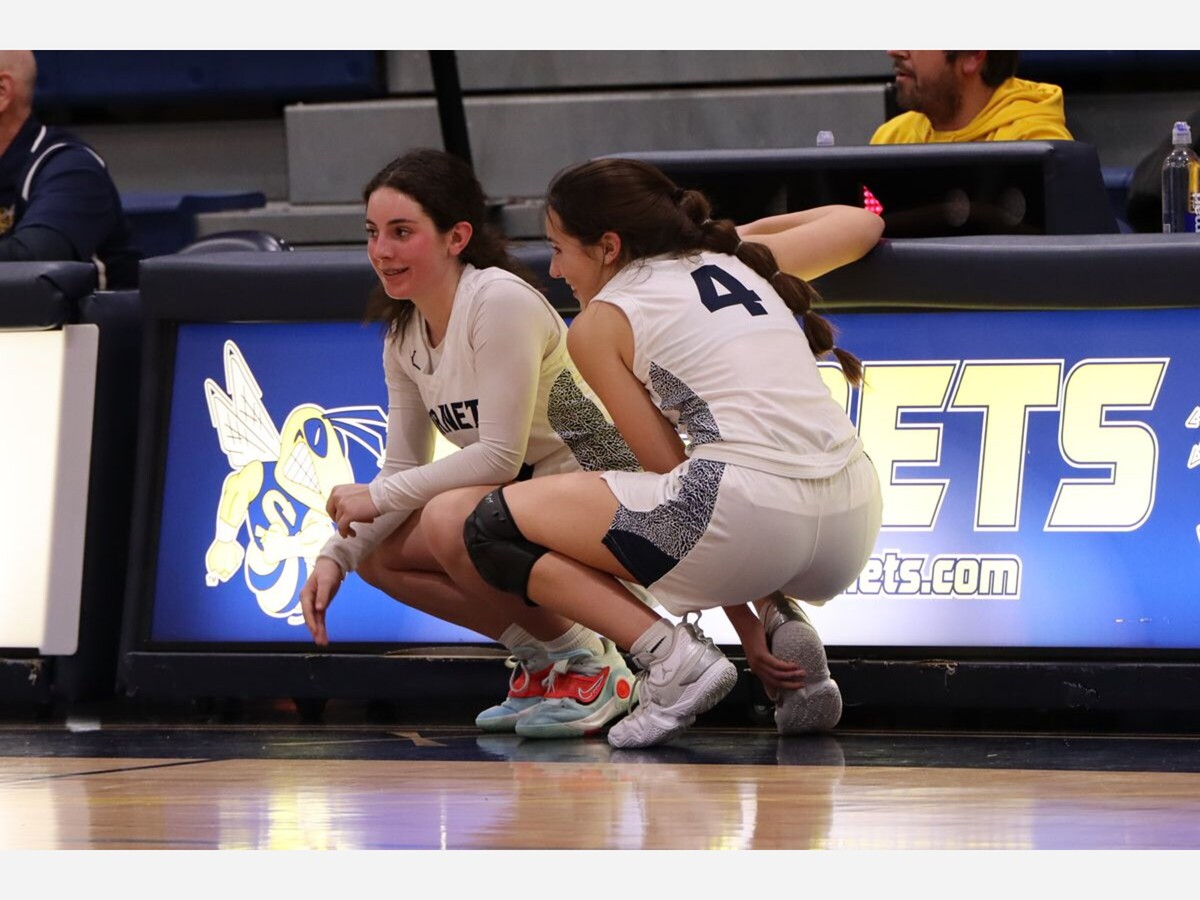 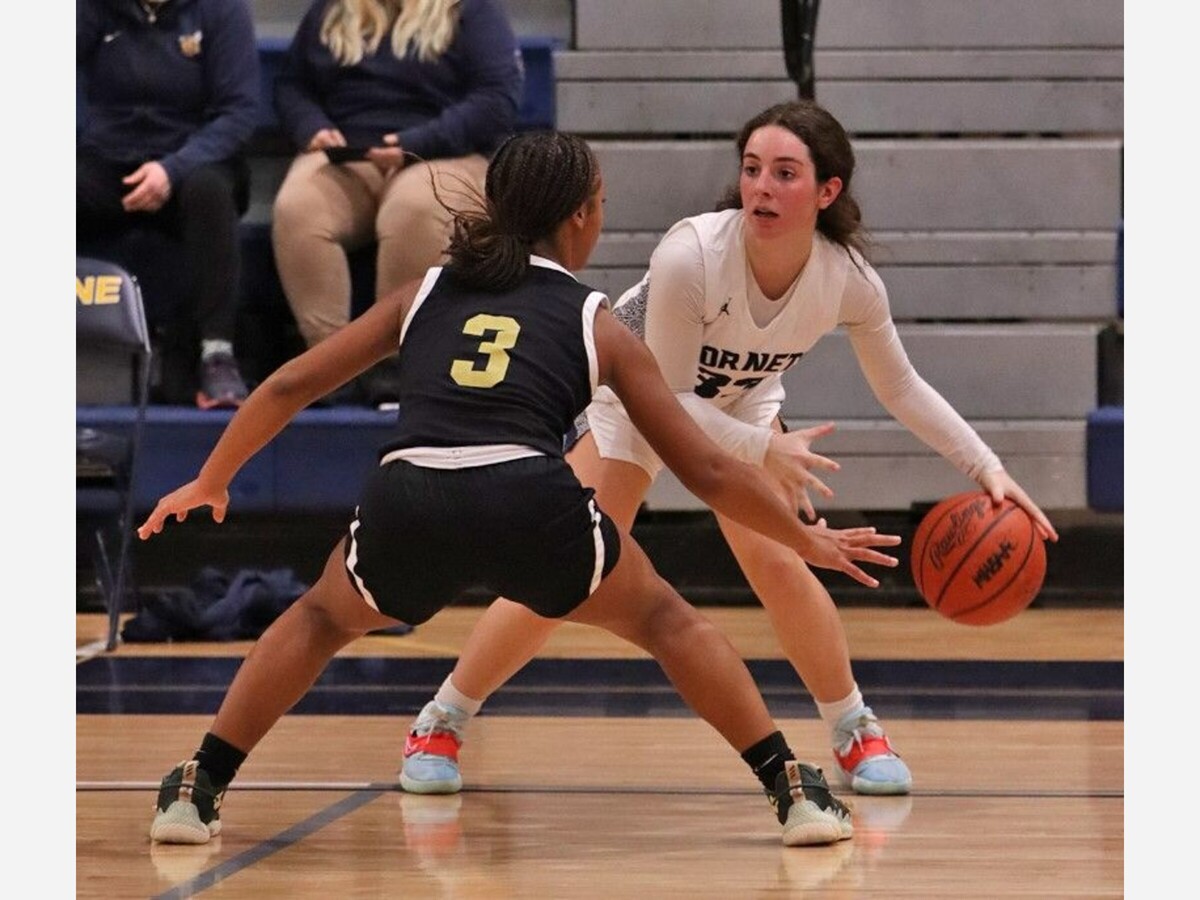 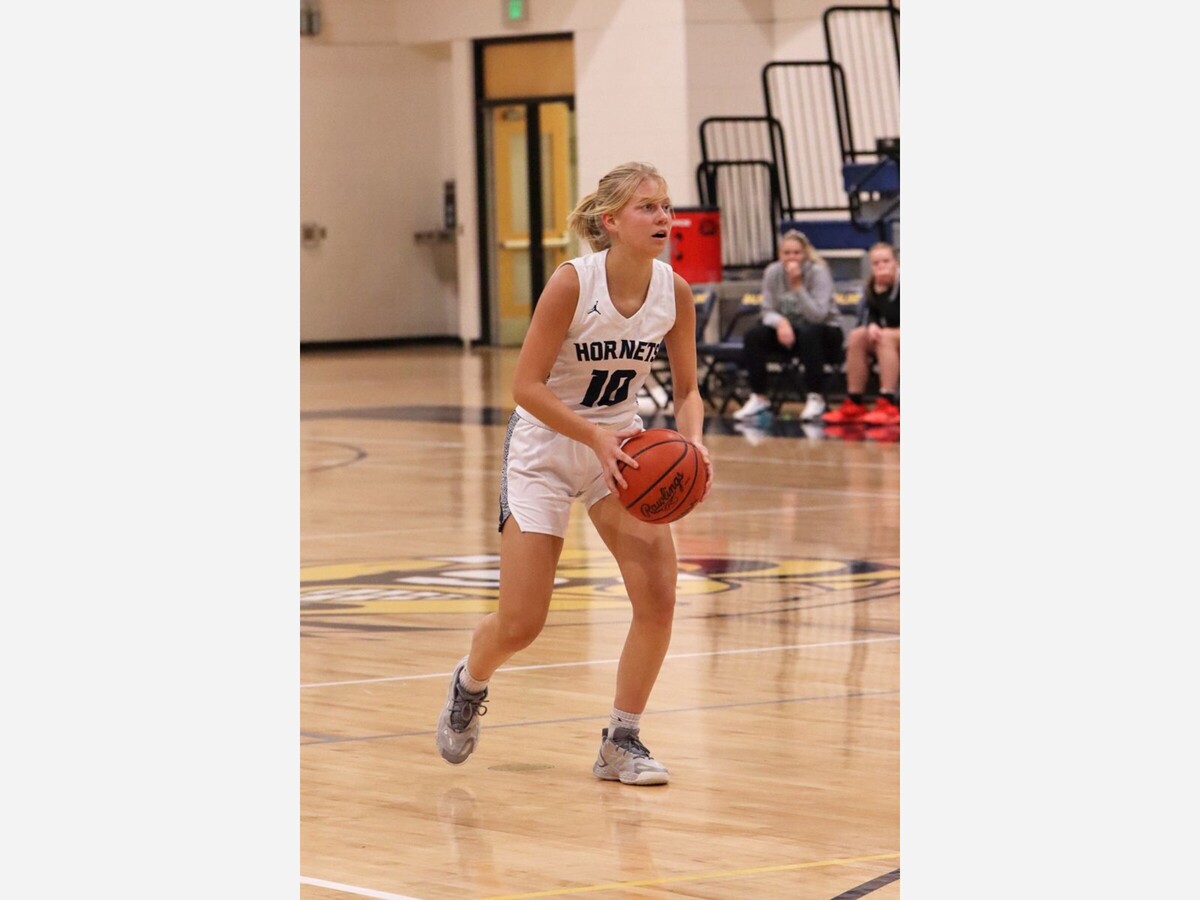 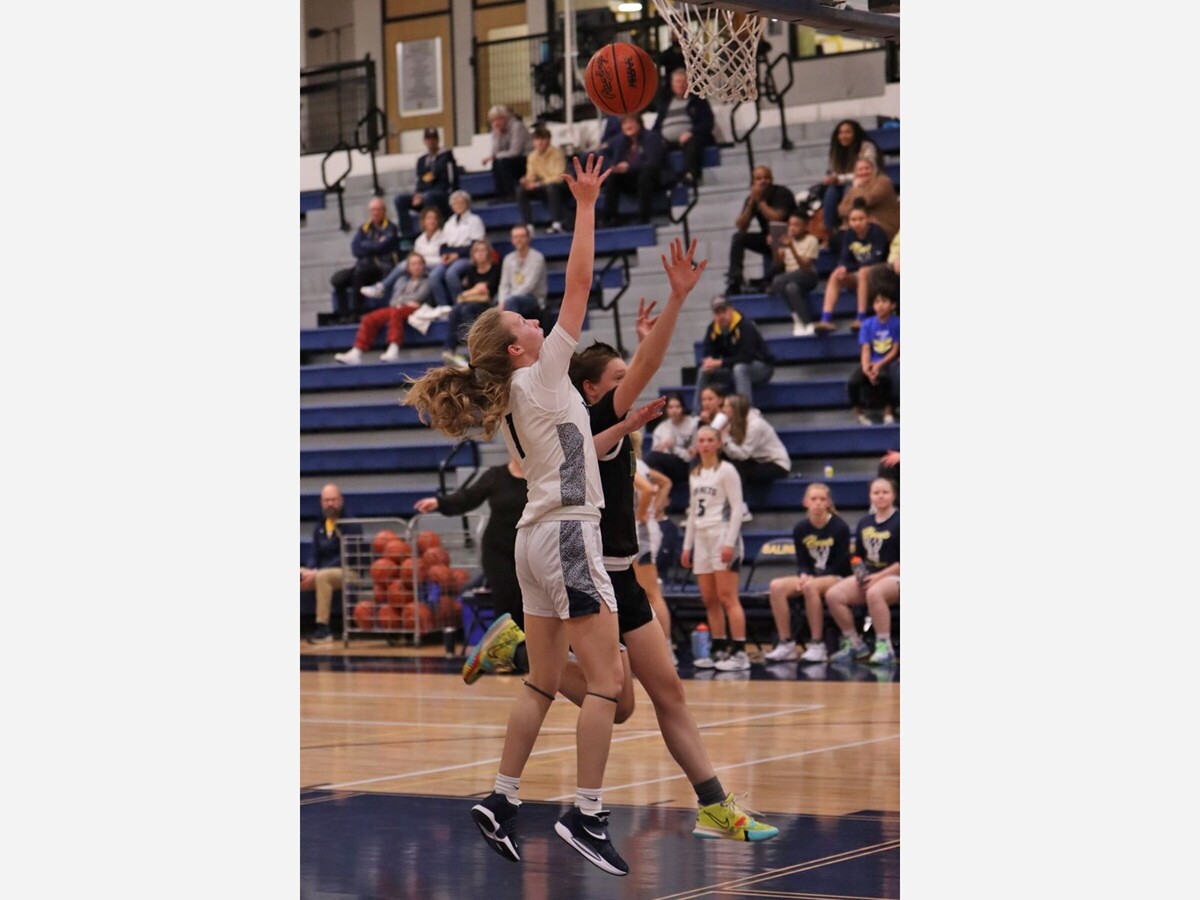 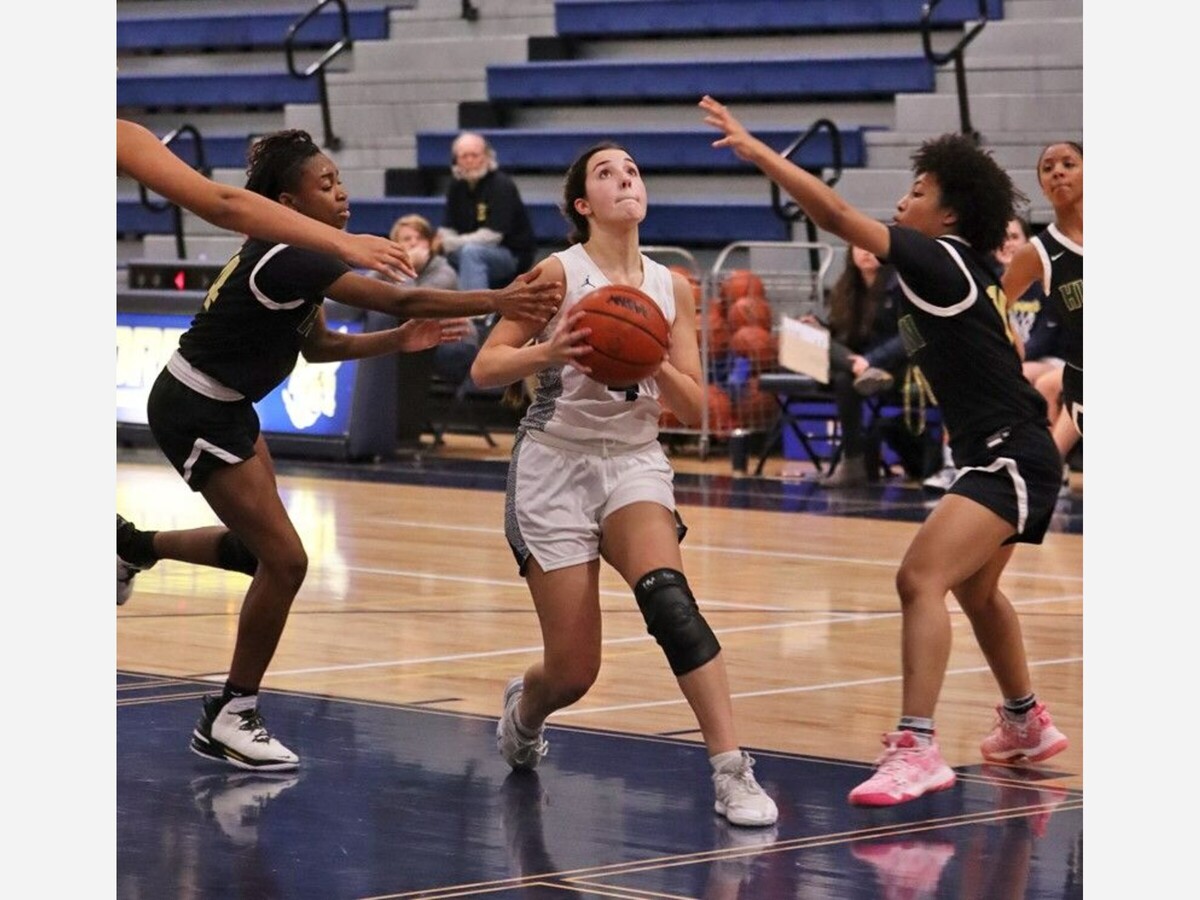