A huge night from freshman Jonathan Sanderson and a big fourth quarter comeback helped the Saline basketball team hand Chelsea its first loss of the season 62-60.

The win was the fourth straight for the Hornets and improved to 7-3 on the season after starting 3-3.

Sanderson was the story of the night putting up a career high 39 points. It was the highest point total for a Hornets since Trevor Arico hit for 47 in 2020.

The Saline defense was key part to the game as they held the Bulldogs two leading scorers Jake Stephens and Joey Cabana to their lowest outputs of the season.

Chelsea came out quickly and took a 6-0 lead in the opening minute and forced a Hornet 50 seconds into the game.

Matt Blanton and Drew Blanton sparked Chelsea in the opening quarter by combining for 15 of the Bulldogs 18 points.

Not to be outdone, Sanderson scored 11 of the Hornets 13 as Chelsea took an 18-13 lead after one.

Saline would battle back in the second, outscoring Chelsea 15-10 to tie the game at 28 at the half.

The Bulldogs came out hot early in the third and outscored Saline in the period to take 41-33 lead after three.

The lead grew to 12 with just over six minutes to go, but Sanderson caught fire by scoring 13 points and huge three pointers by Harrison Rogers, Garrett Baldwin, and Zach Fidh and Saline took its first lead since the opening quarter 58-57.

Chelsea answered to retake the lead 59-58, but a pair of Sanderson free throws put Saline on top 60-59.

Another Chelsea foul sent Sanderson to the line and he sank two more for a 62-59 lead.

The Bulldogs were fouled on a three-point attempt with two seconds left and made the first, but missed the next two. They got the rebound on the second miss and launched a shot at the buzzer that was off the mark and Saline pulled out the win.

Sanderson scored 17 in the deciding fourth quarter, including 4-4 from the line in the final two minutes.

Chelsea was led by Drew Blanton with 17 points. Stephens finished with 16, Matt Blanton 14 and Cabana 10.

Saline will try to make it five straight when they face Ypsilanti Lincoln Friday night, while the Bulldogs look to bounce back by taking on Ypsilanti. 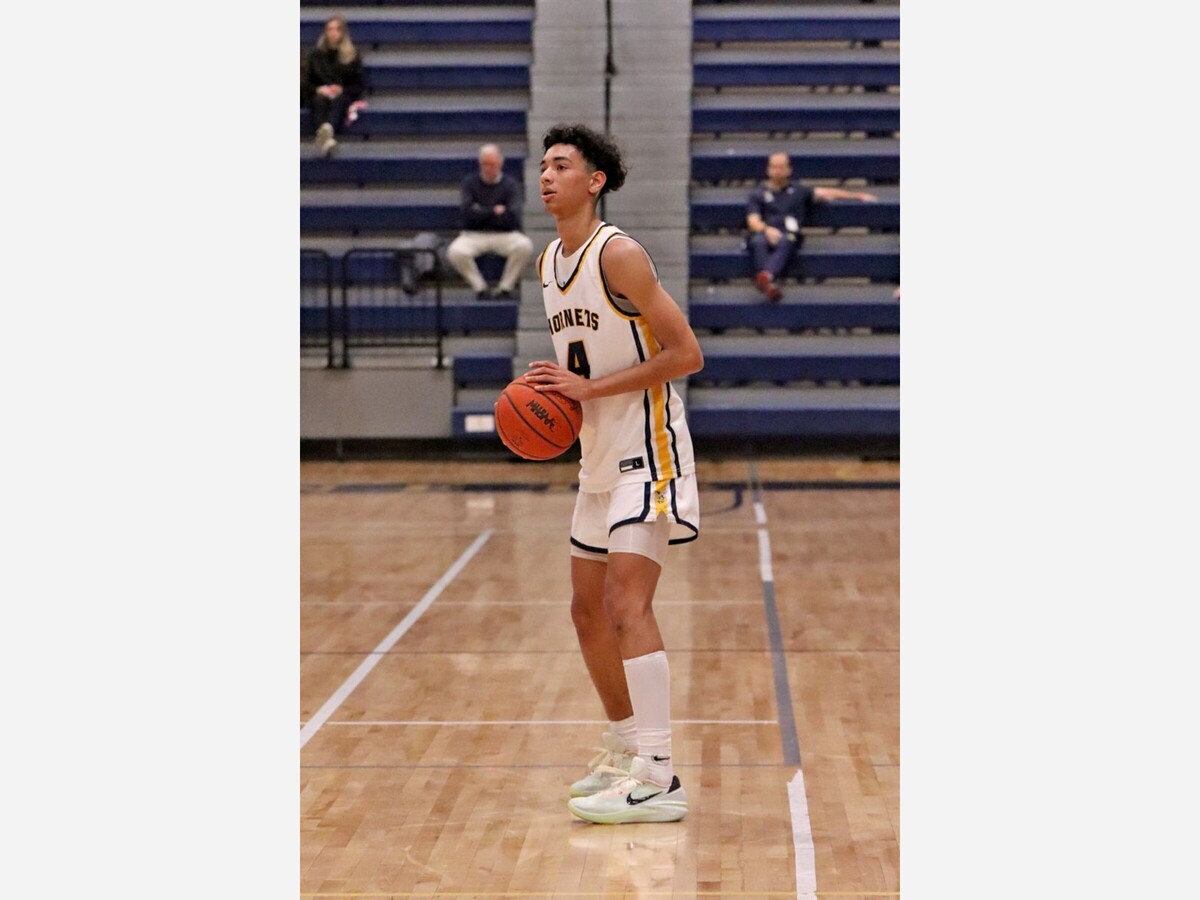 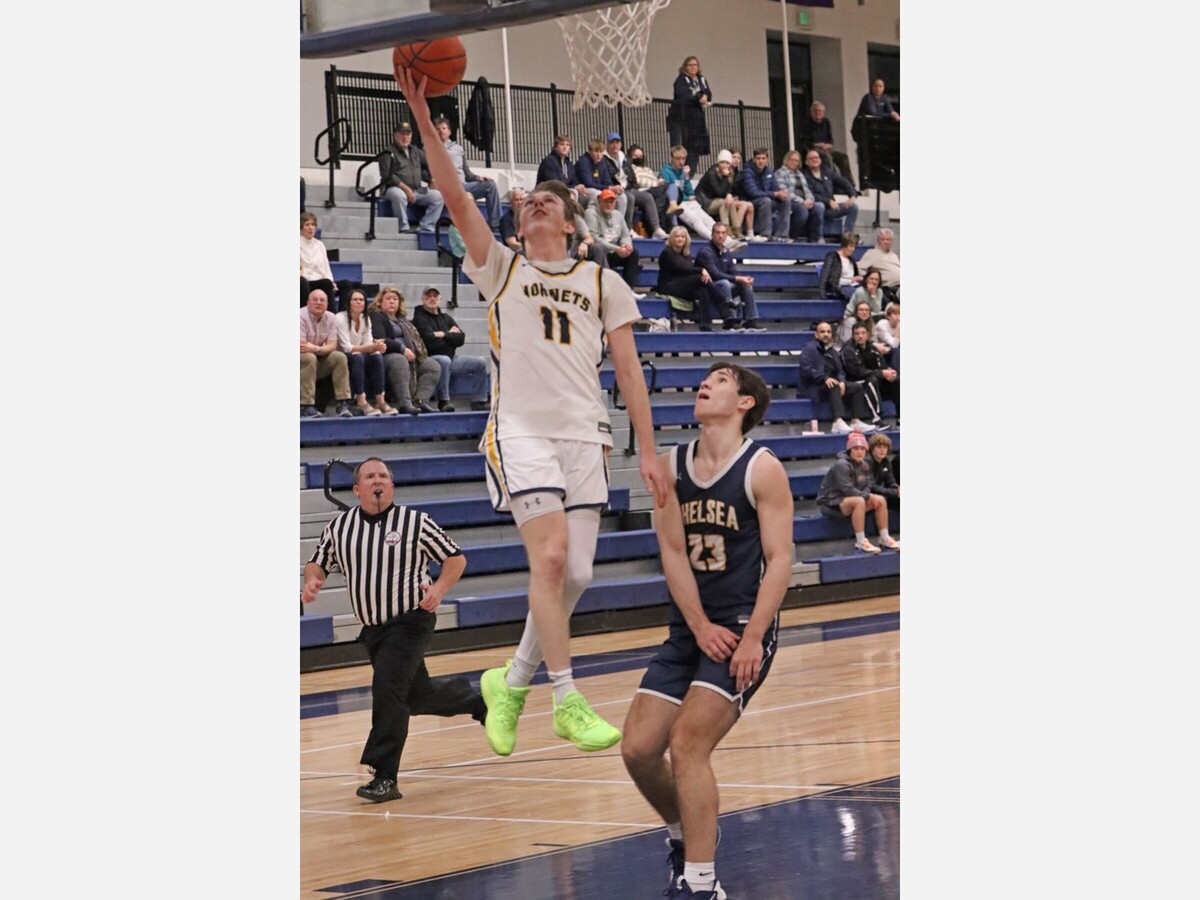 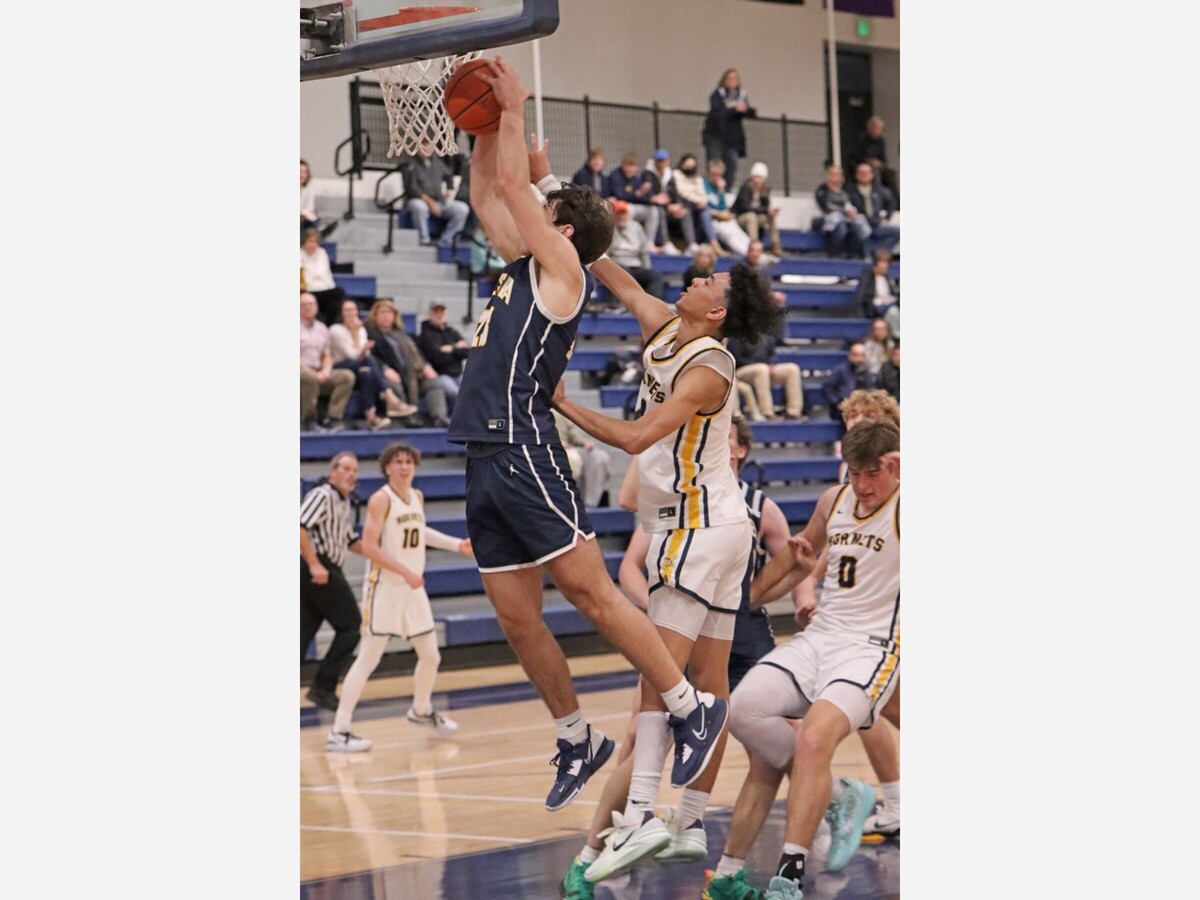 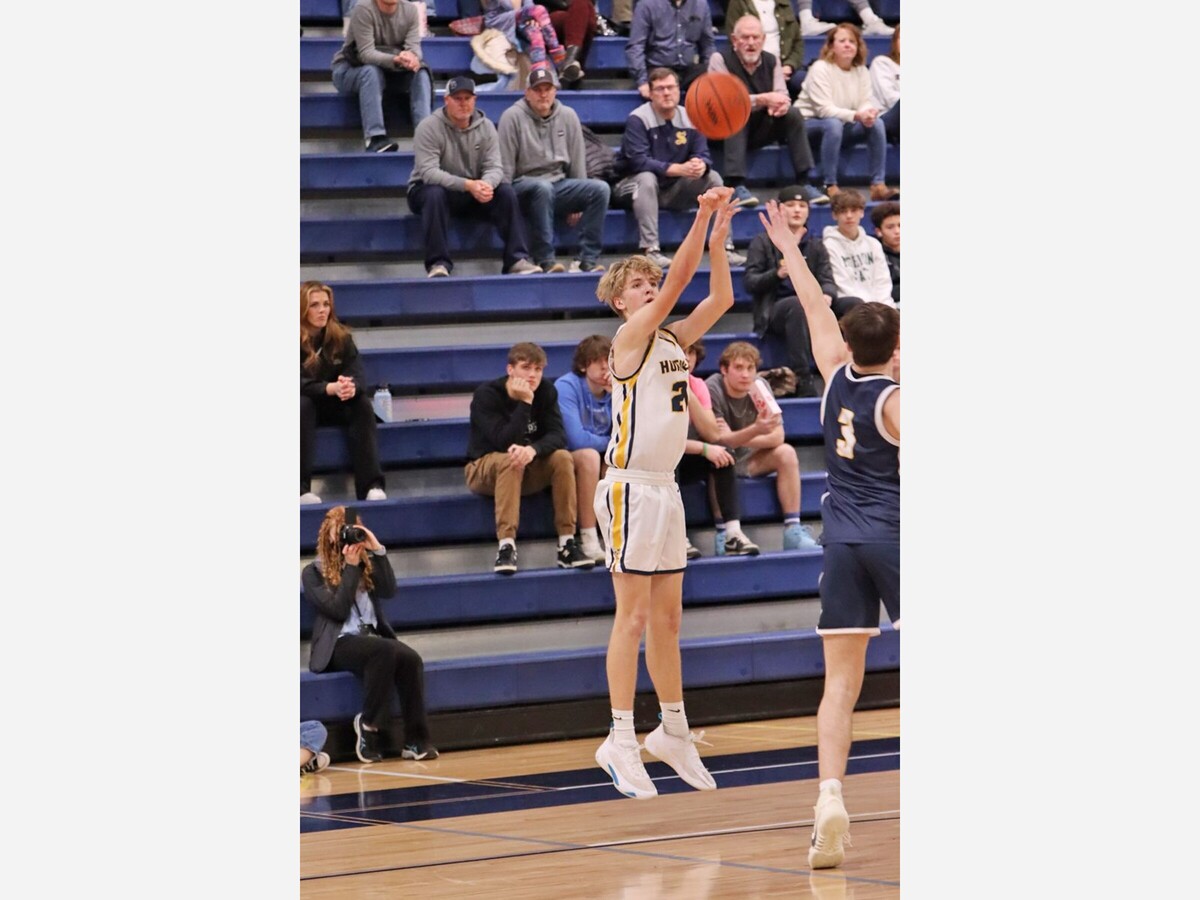 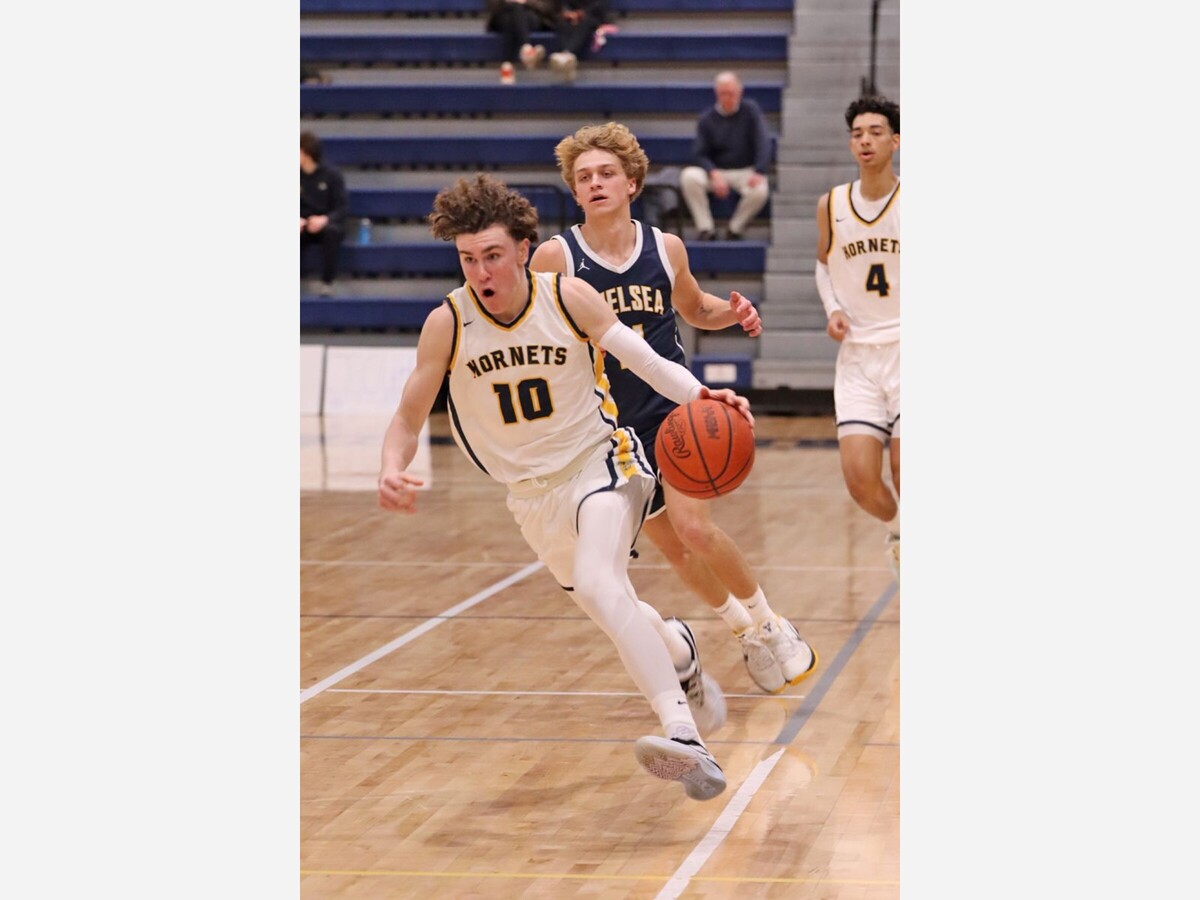 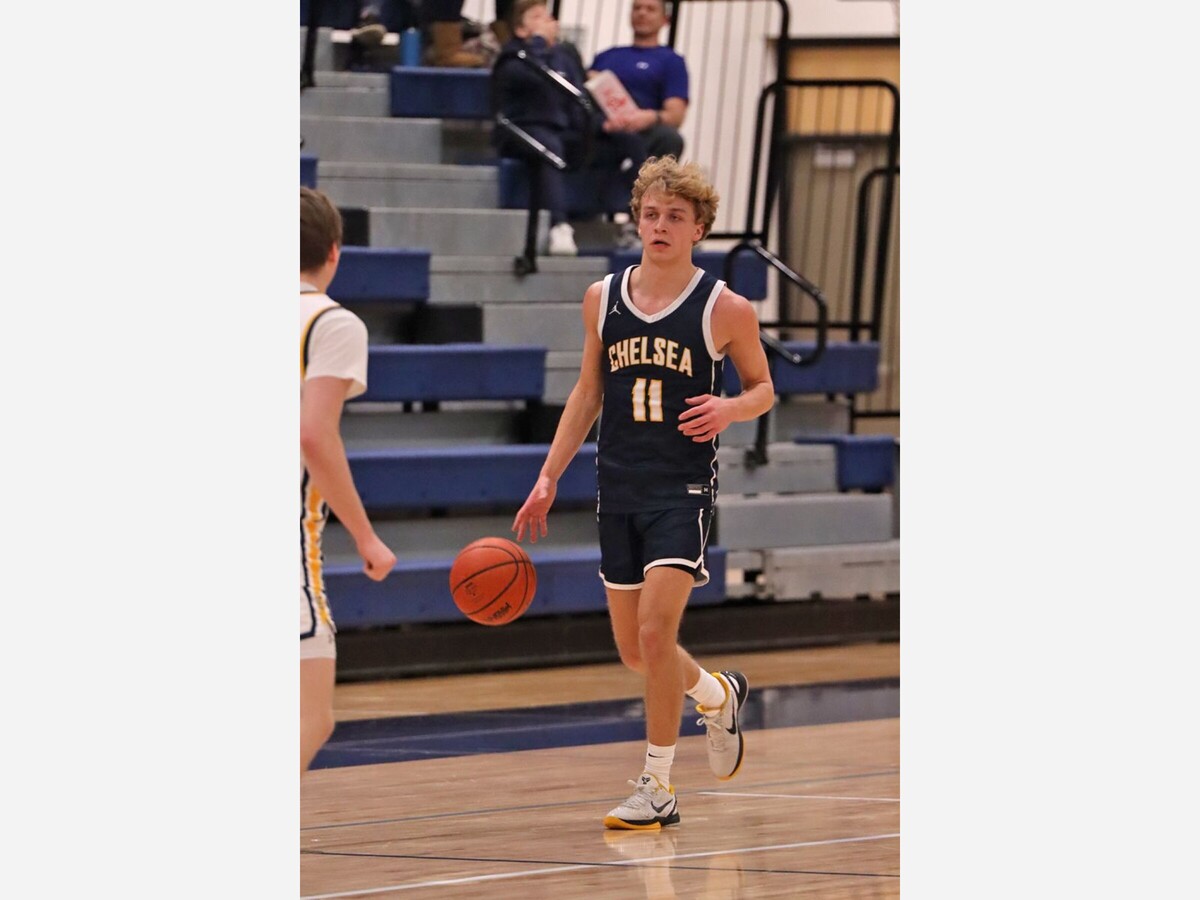 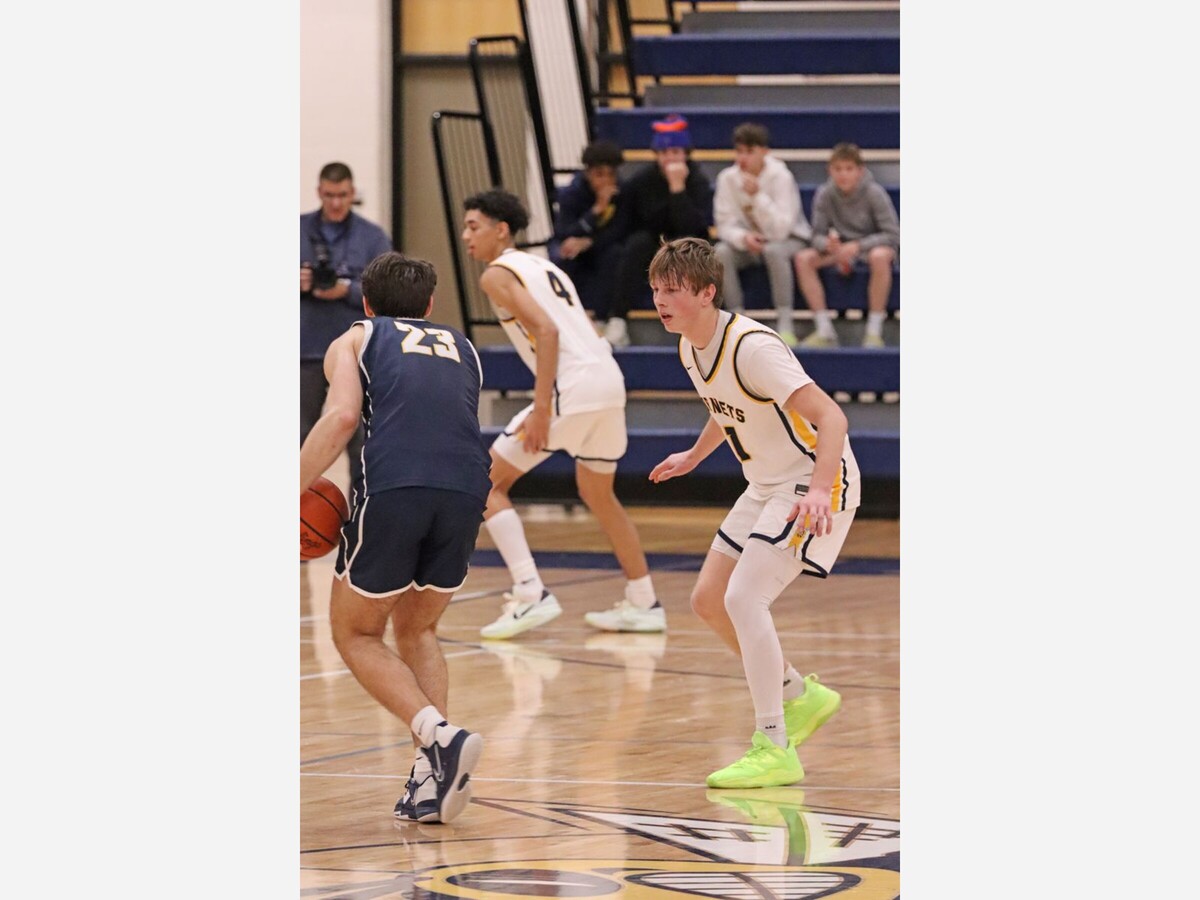 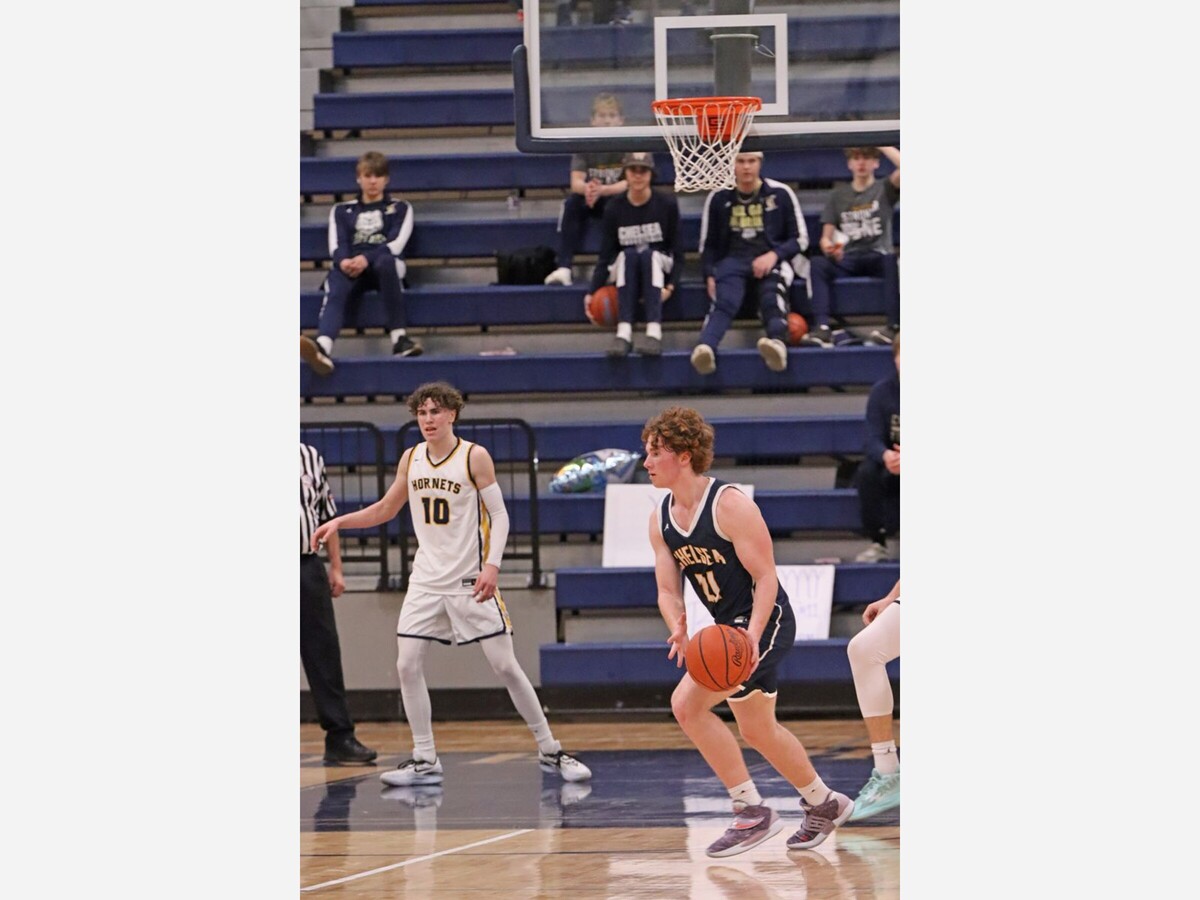 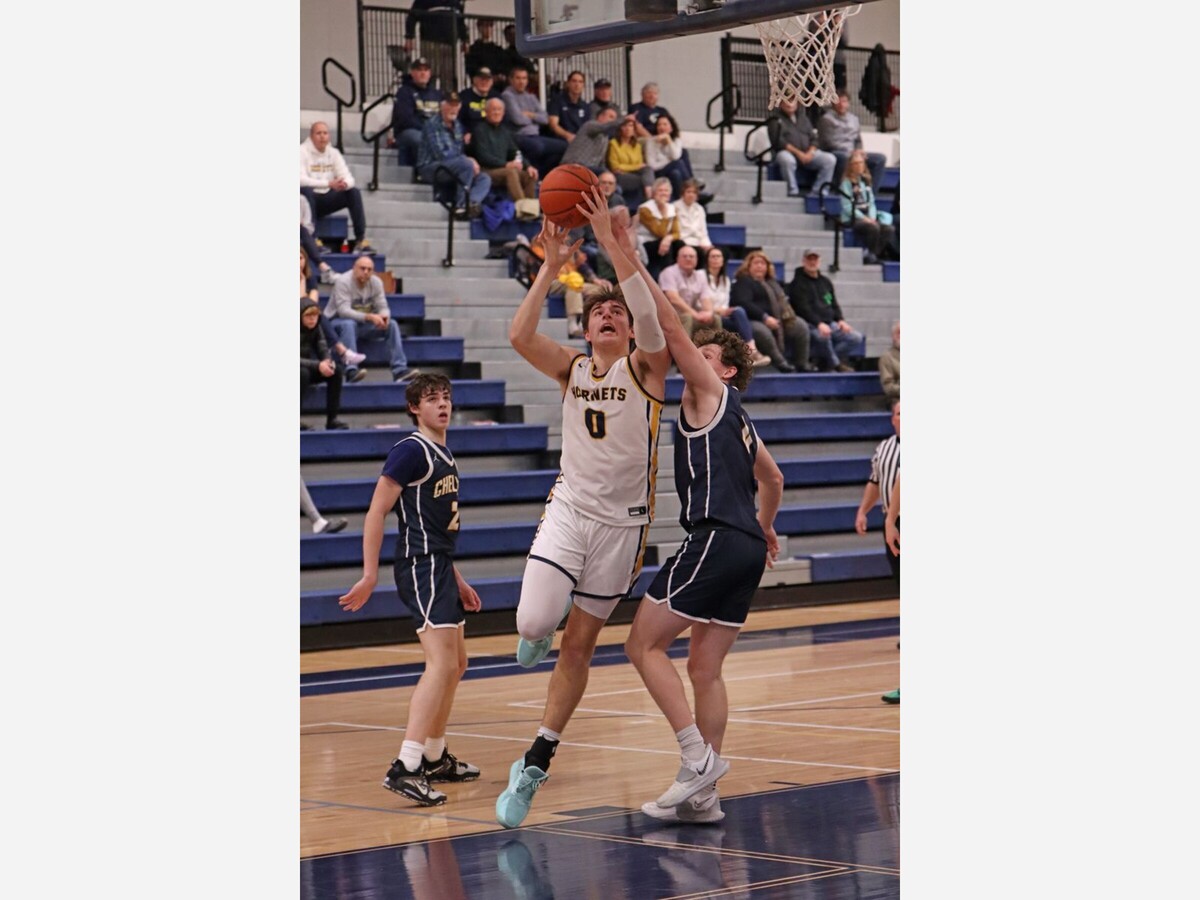 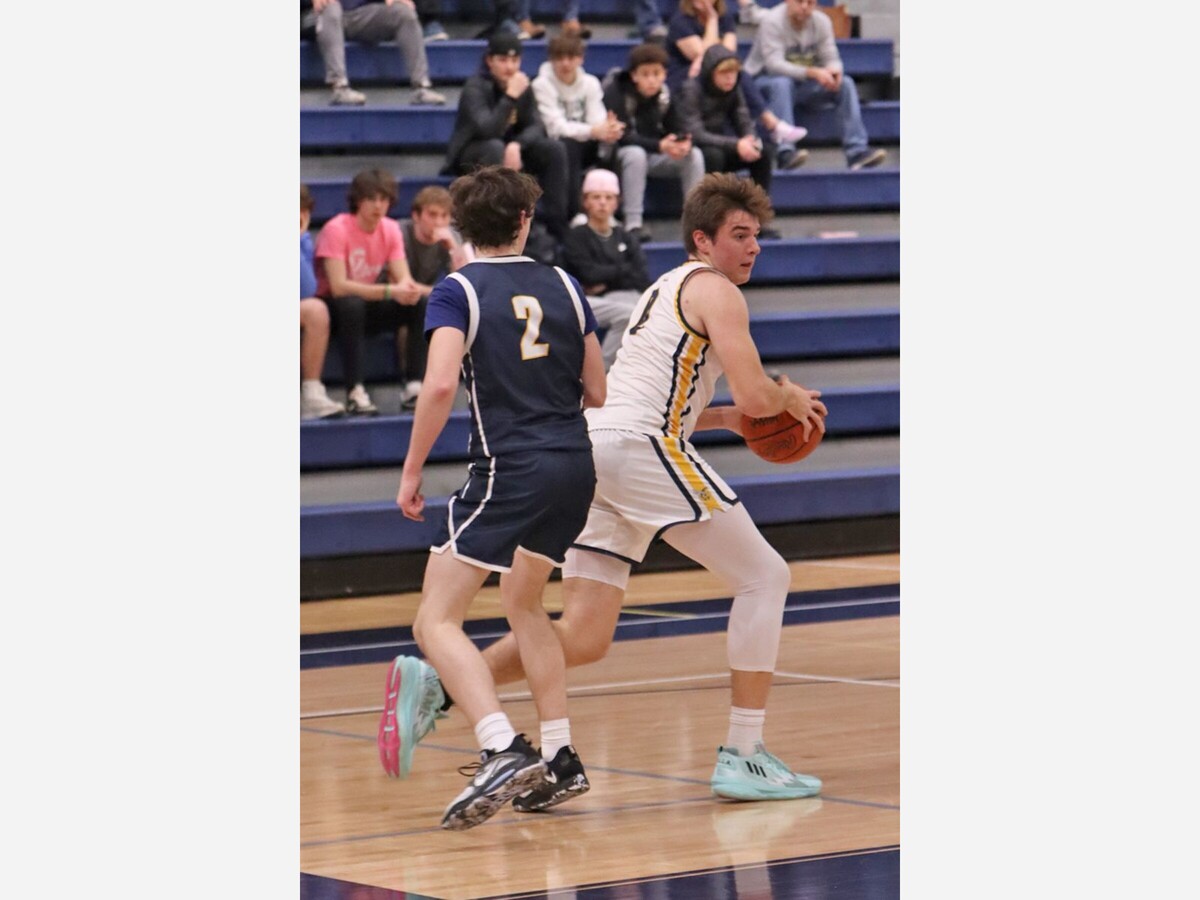 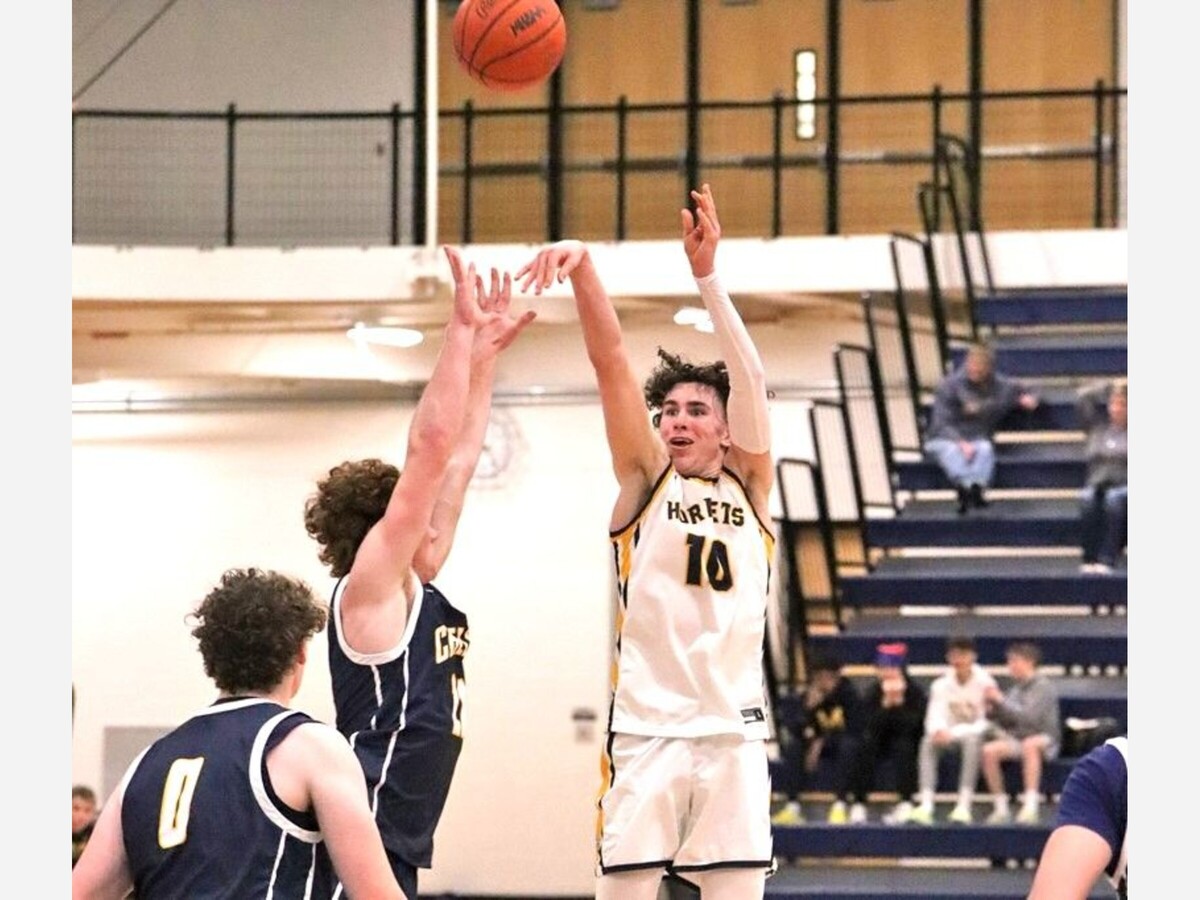 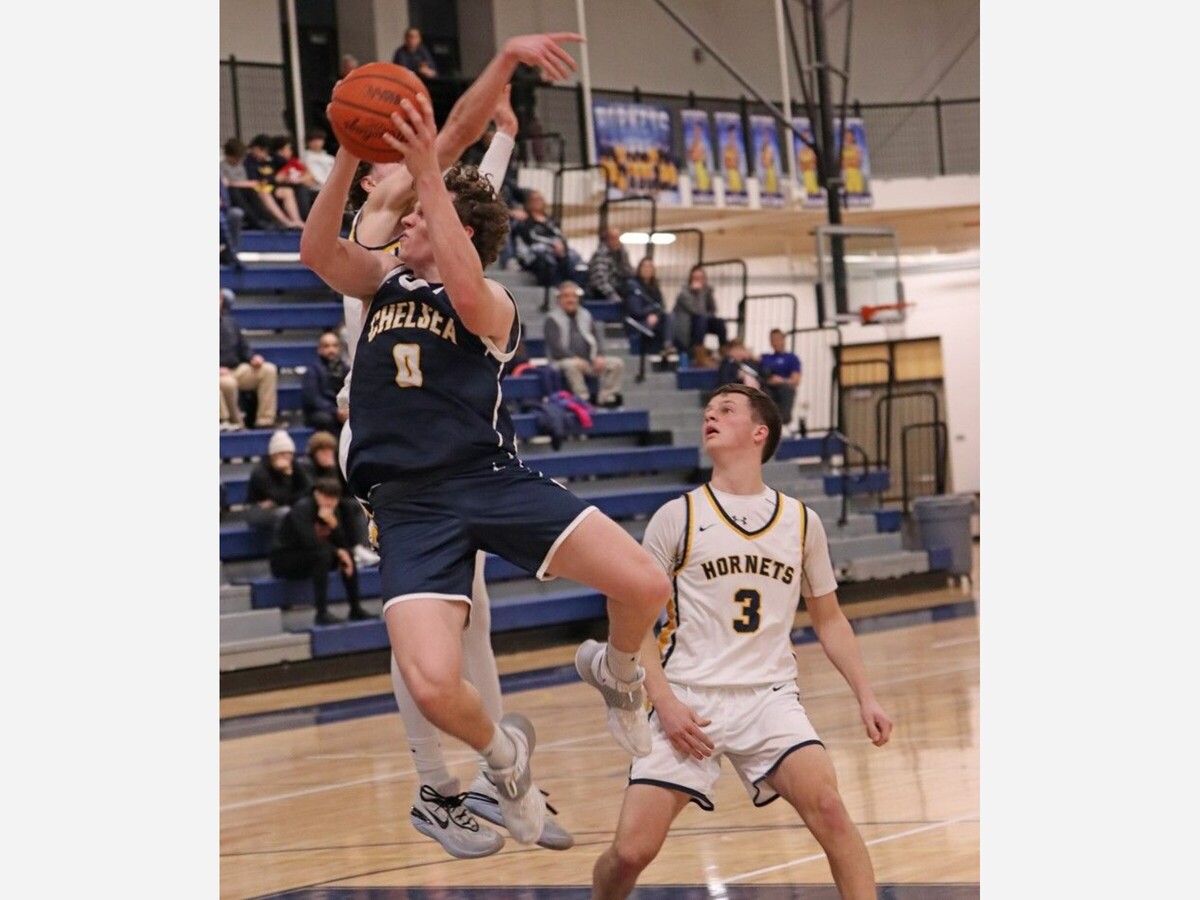 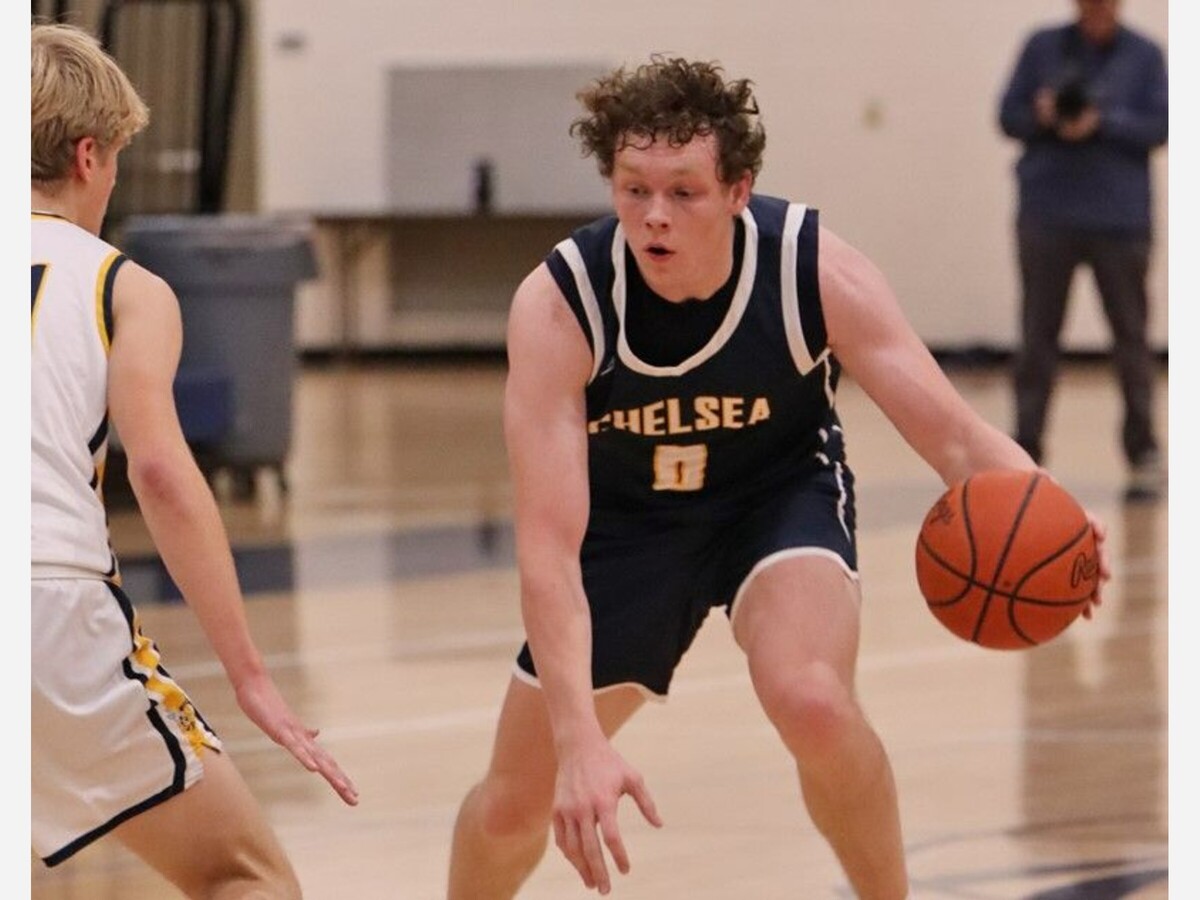 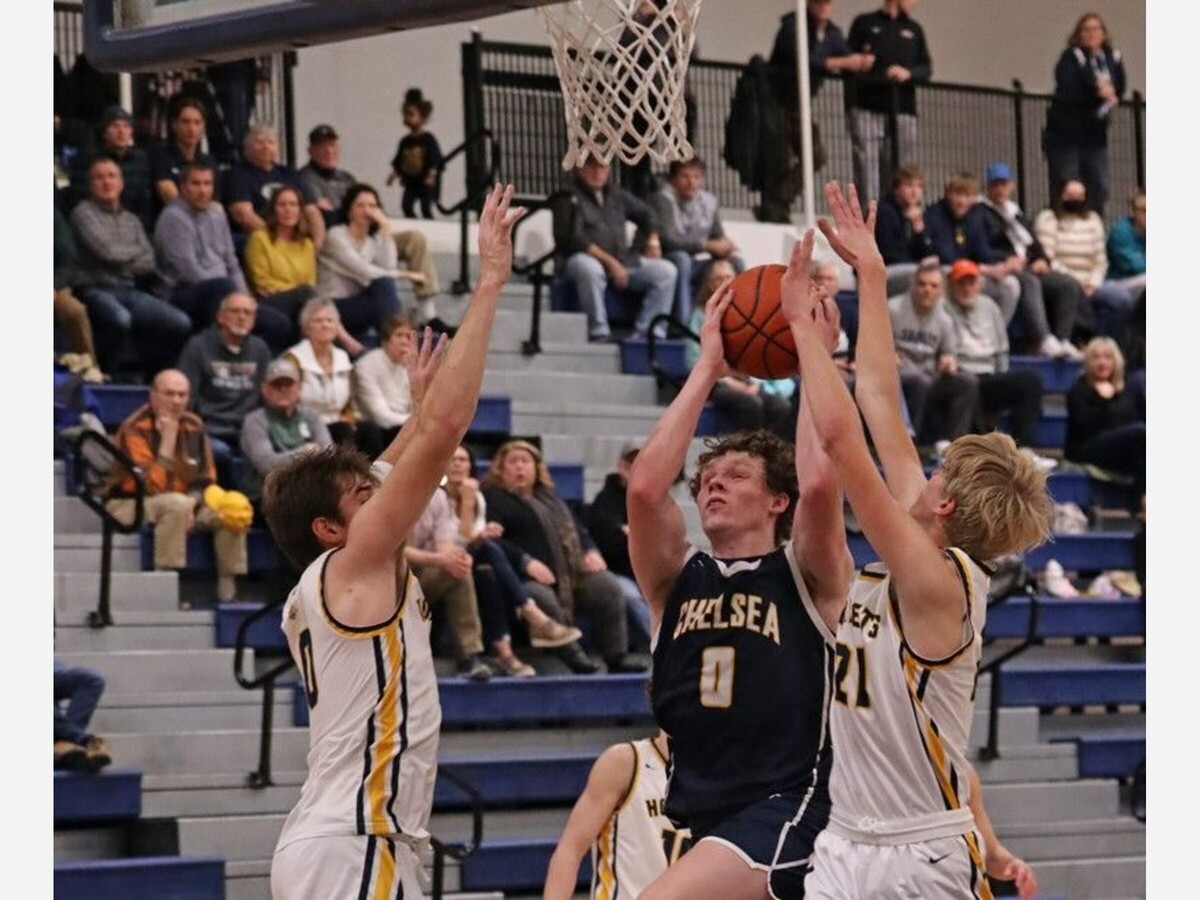 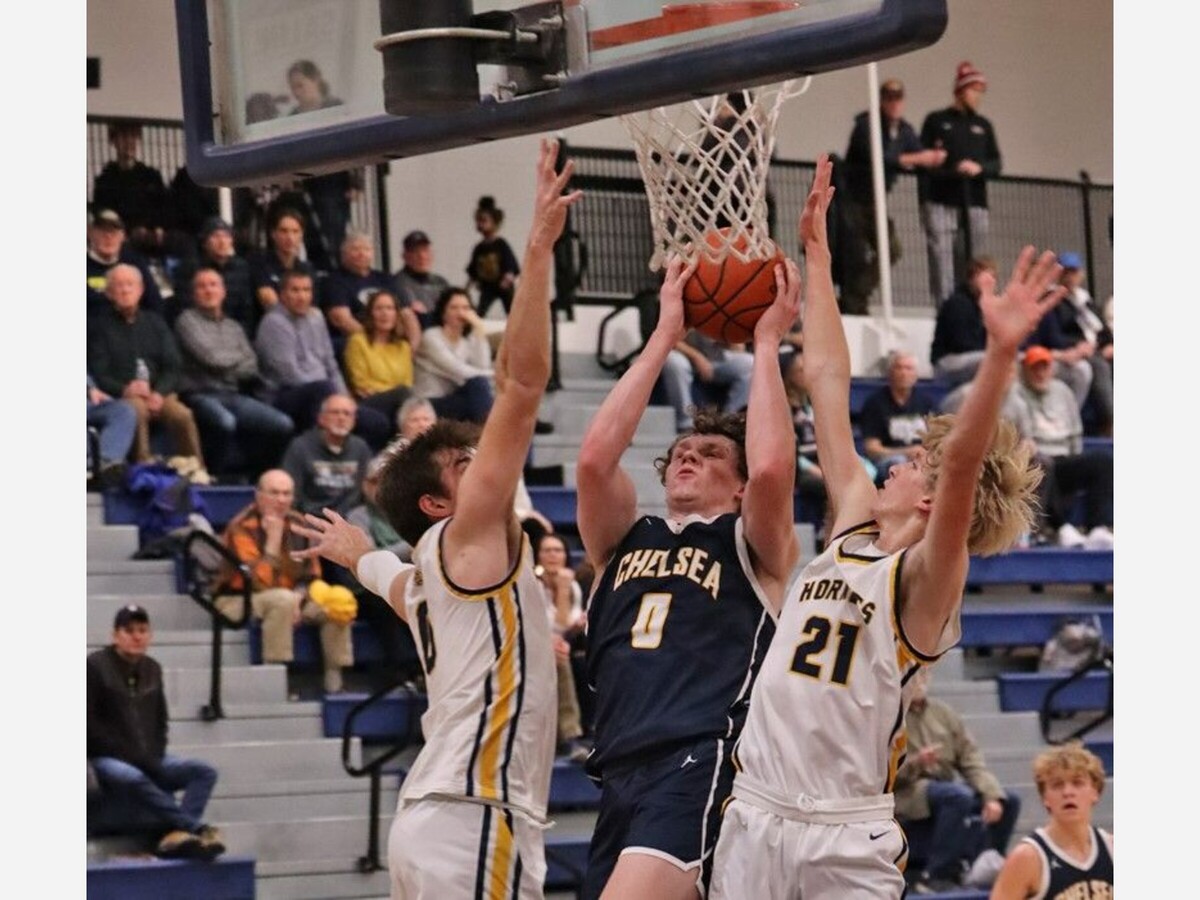 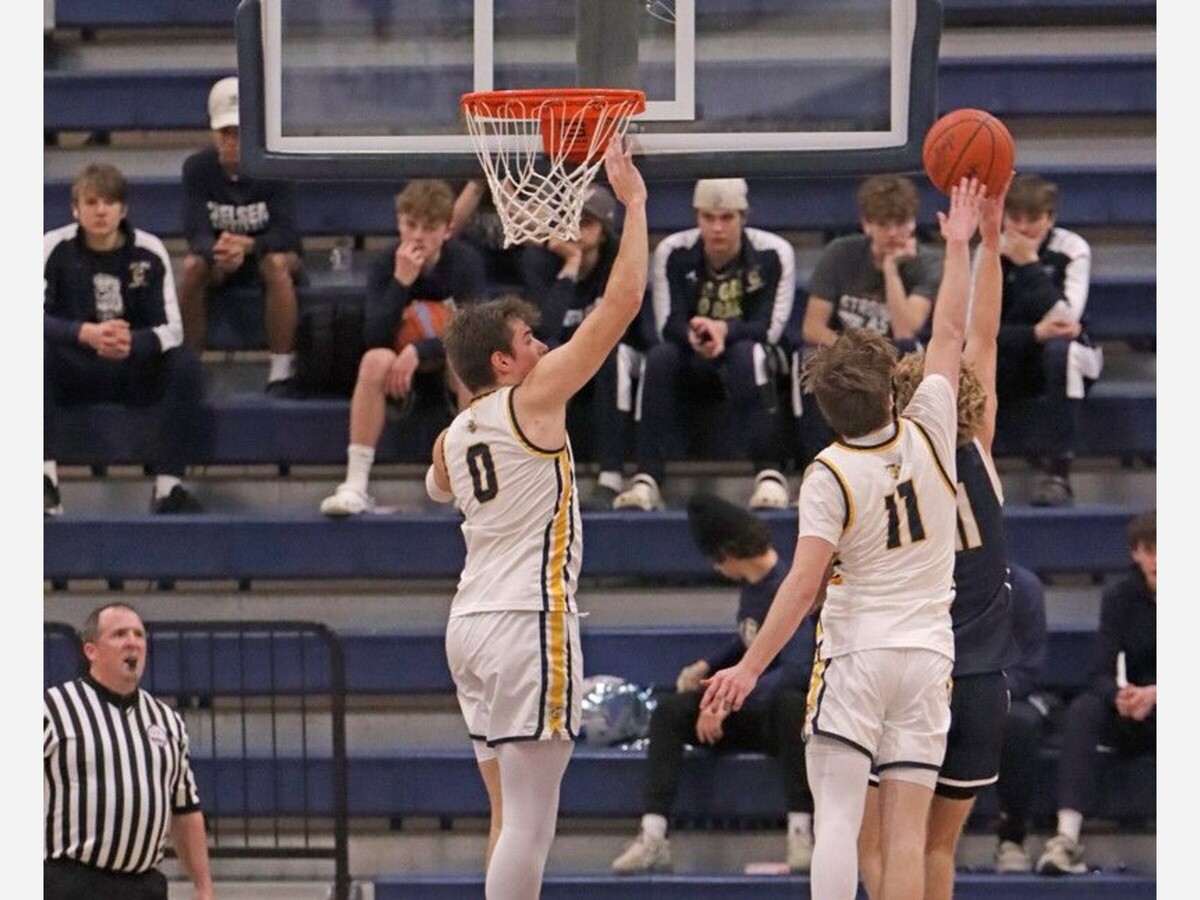 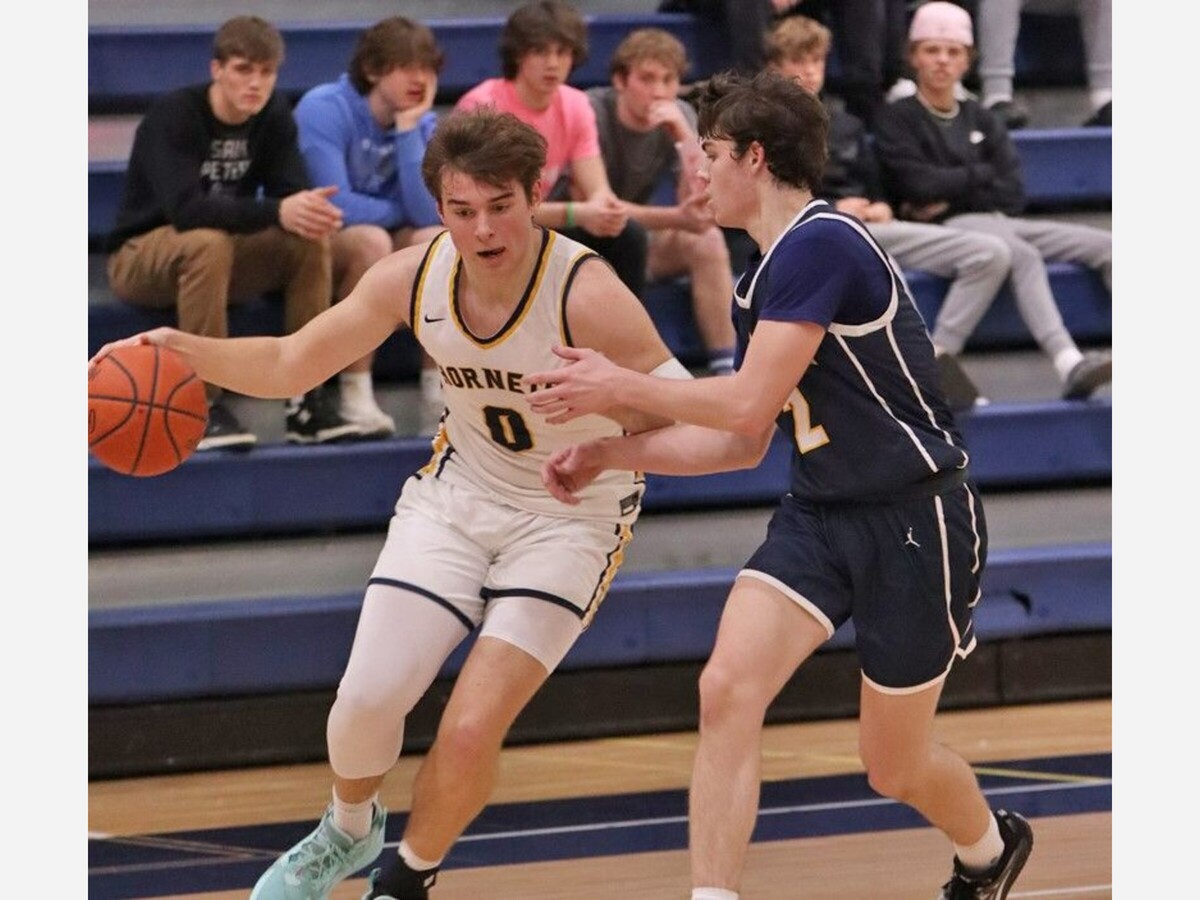 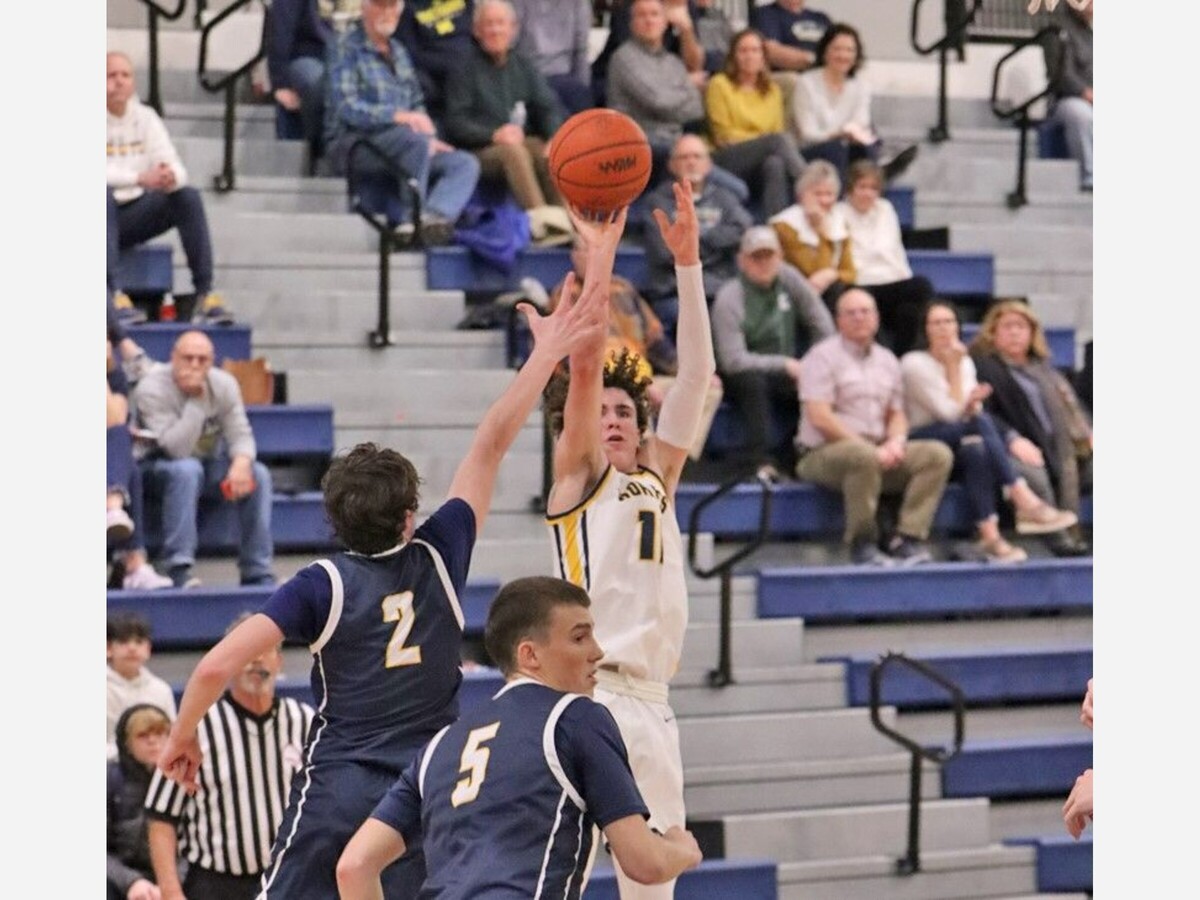 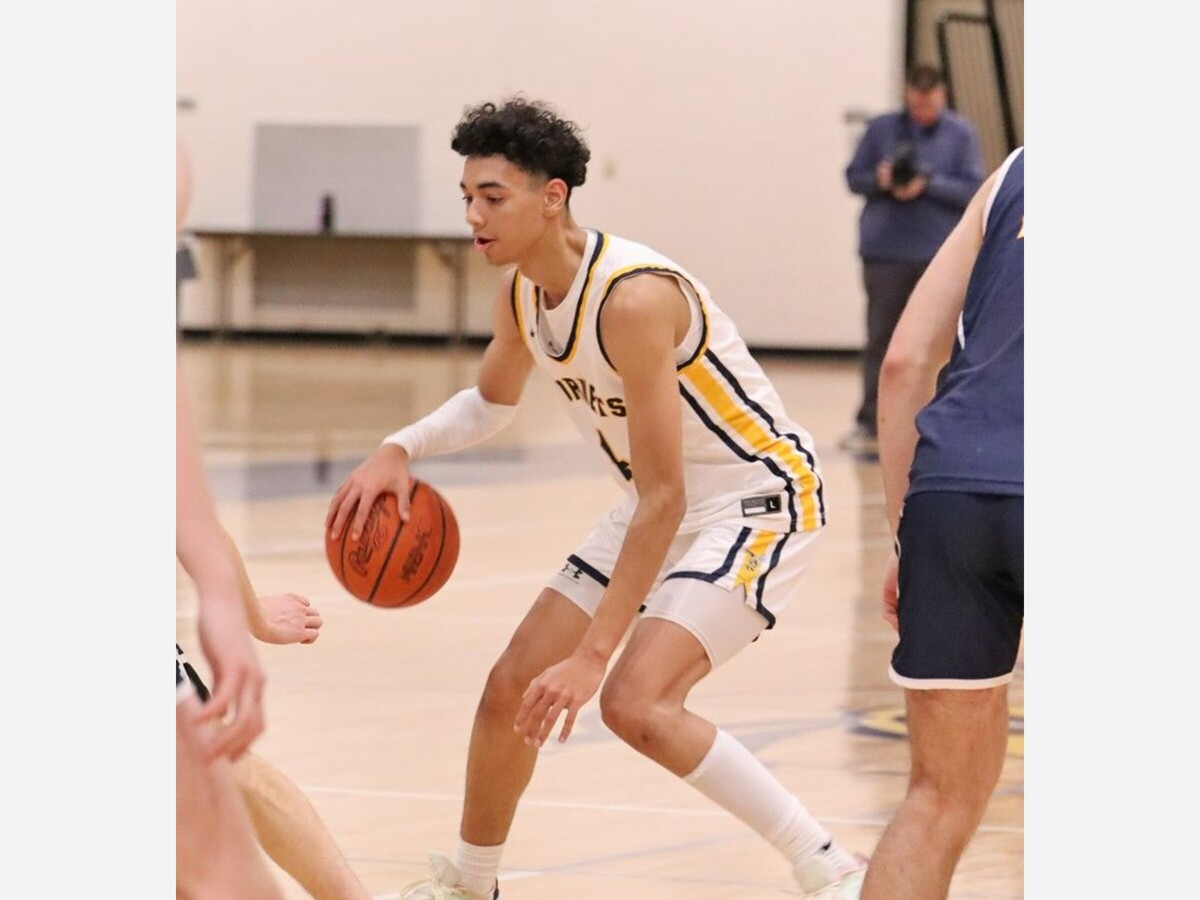 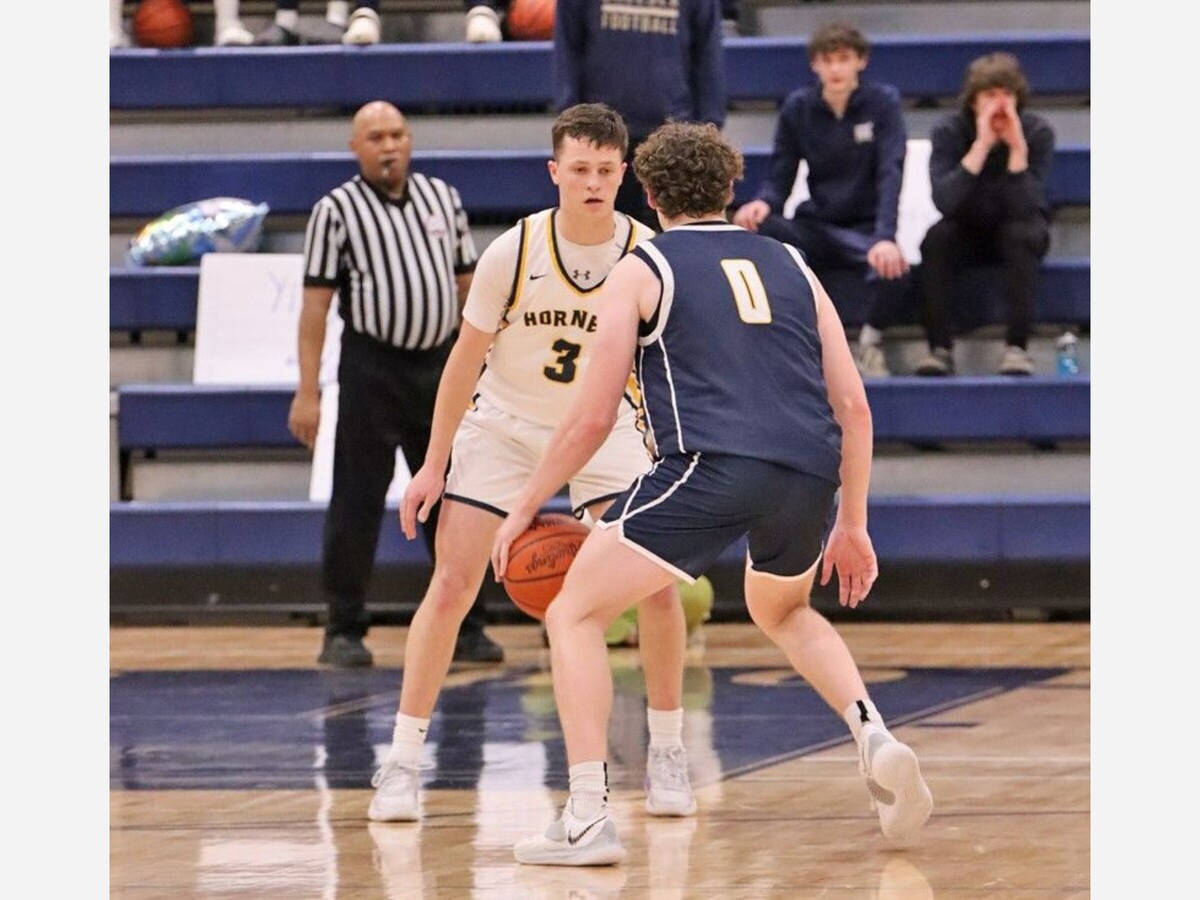 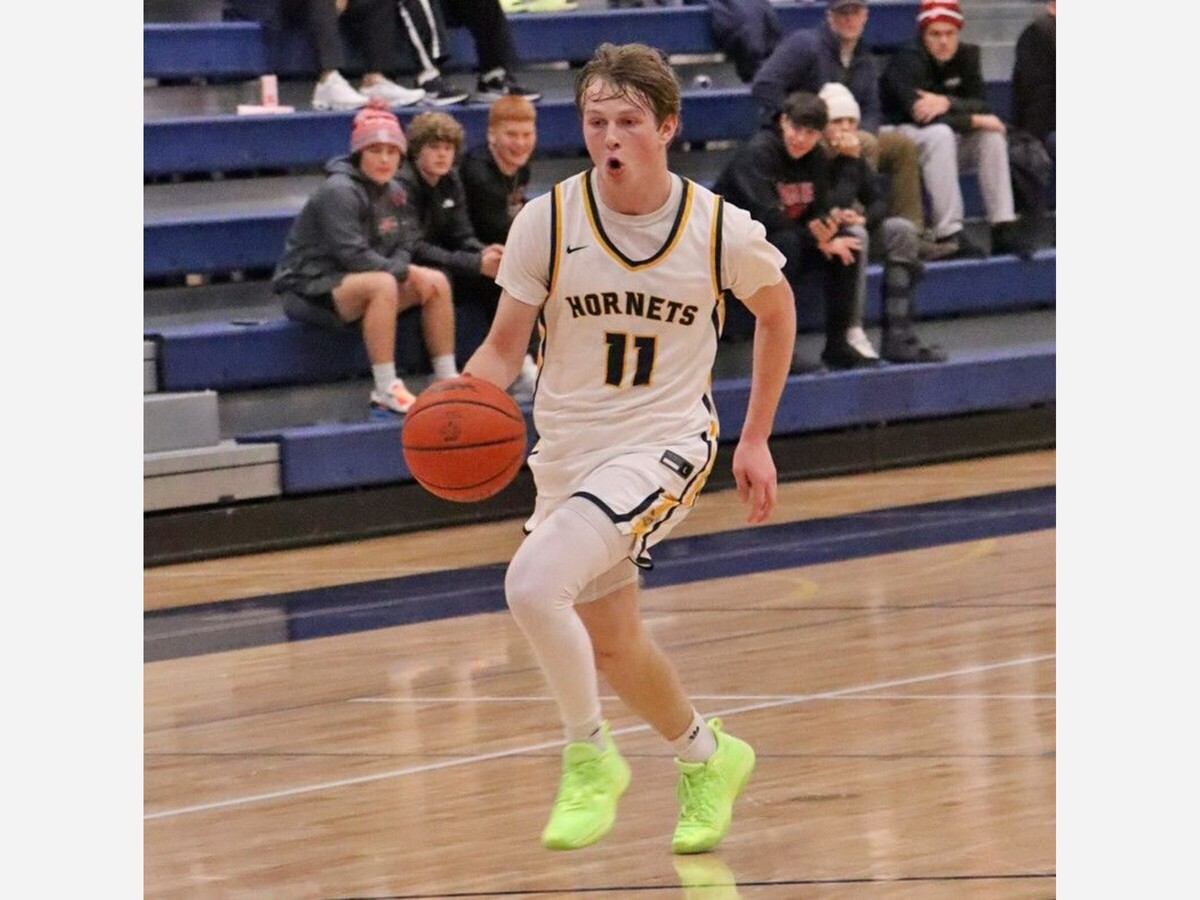 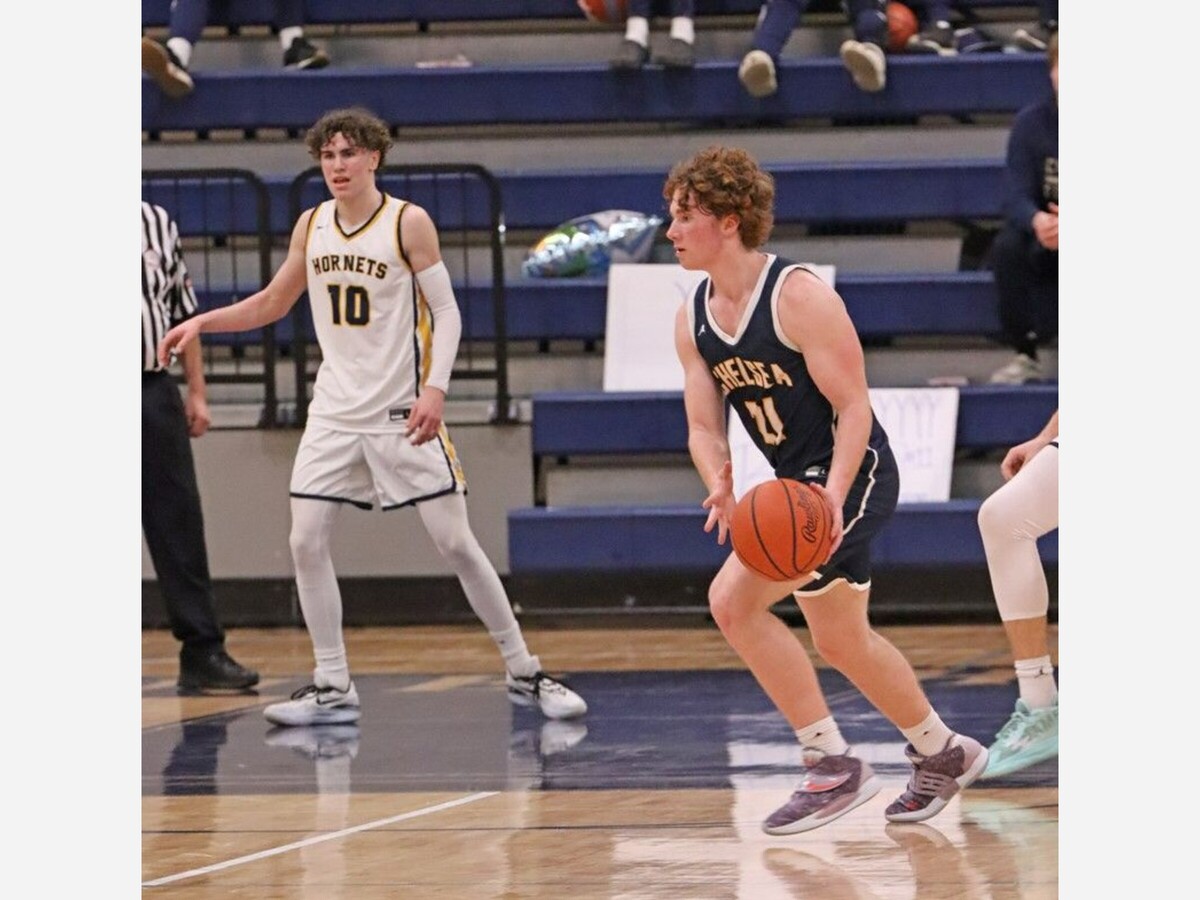 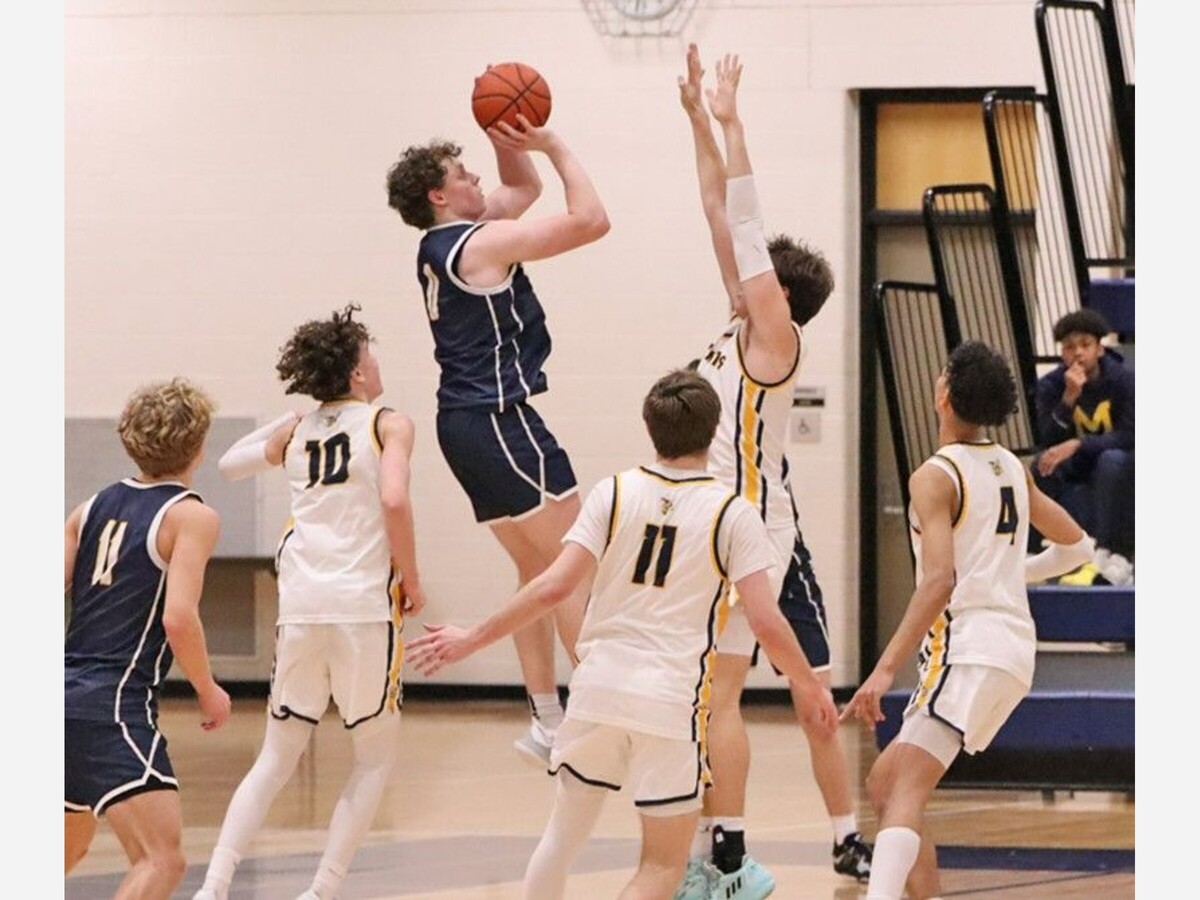